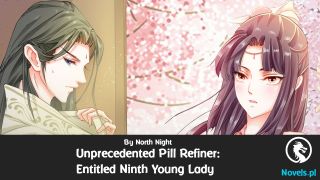 Vincent Walter ordered his people to keep a watch on the Tang Empire’s movement. That night, his Vice Guild Leader came to give the report, “I estimate, the Tang Empire has gathered around thirty thousand people with the majority of them being heavy-armored combat class. The main issue is the rabbit beastmen and the elf. There are at least five thousand each of them. While we know the elf’s archery capability, the rabbit beastmen’s ability is still unknown to us.” Jacob Frost ended his report.

It has been one day passed since the incident where they tried to surround Supreme General Zhang Mengyao, and the Tang Empire immediately gathered thirty thousand armies to fight the World Government. The Tang Empire had more armies than the five factions combined.

”First Floor, huh!?” Vincent Walter made a bitter smile as his faction could no longer enter the second floor unless the Tang Empire gave their faction a permit. Yes, conquering the floor meant the floor would belong to that faction. That faction would regulate the floor to do what that faction liked. They could allow the other factions to enter and share the resources inside, but the World Government had made the Tang Empire their enemy.

”You need to learn from experiences, just don’t repeat the same mistake,” Vincent shrugged even though a million was a lot. It was not like scolding Murphy would return the one million, so he overlooked that, “What about the First Order Guild? Have they made a move yet?”

”No, but it seems there’s a misunderstanding between the First Order Guild and the Tang Empire, and Herman Bonivido is trying to amend it,” Jacob Frost made an interesting smile when he talked about the First Order Guild, “Should we persuade them to join the World Government instead?”

”Do we betray the World Government then?” Murphy asked his Guild Leader, but Vincent Walter just smiled in response.

”What do you think, Chief Engin? Does the ore is useful, or it’s just below average materials?” Wei Xi asked the Dwarf’s Chief, who was inspecting the dark ore in his hand. Wei Xi and Cao Jingyi accompanied the Chief of the dwarf to check the vein they found on the first floor.

”I will recommend you to make the shield with [Cold Iron - Level 2]. This material is known for its toughness, and it took a lot of effort to sharpen this thing to make a weapon. However, since we have the second floor, we might find a better mineral vein there, so I don’t think it’s worth mining this. But this is a good material to make a shield…” Chief Engin paused as he remembered something, “Ah, those bastard knights from the Lionax Kingdom will need this for their new shield. Their standard shield is just so-so; we can use this [Cold Iron - Level 2] to make them a new shield. What do you think?”

”We can mine the ore while the new team explores the second floor. Suppose we find a better mineral vein that produces better ores than this one on the second floor. We can just sell these ores to the other factions and use the better materials for ourselves,” Wei Xi nodded his head.

”Don’t you need to discuss this with Sister Mengyao first? I don’t think you can make a big decision like this,” Cao Jingyi furrowed her brow at her sloppy husband.

”Hah…” Wei Xi let out a sigh while shaking his head, “I wish I could do that, but this is not the right time. Li Na, Liang Suyin, Kang Xue, and even Sister Elin are staying with Sister Mengyao after what happened yesterday. They all seem to be enraged at the World Government and planning something like eradication? They are so scary, and you don’t want to meet them right now.”

Wei Xi then came closer to his wife and talked in a smaller voice, “But you know, I am surprised that Shaoyang’s wives get along pretty well. I don’t expect that, and maybe…” He did not finish his words because his wife was eying him like a hawk eying its prey.