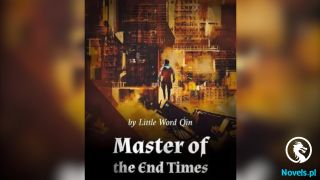 Chapter 868 Confrontation Against The World Government

Zhang Mengyao took out her lance and was about to attack Herman Bonivido. She had heard everything from Revalor about what the First Order Guild did after Lu An slew Drakengard. It was unacceptable that someone tried to assassinate Lu An, and she labeled The First Order Guild as their enemy, just like the World Government. However, Zhang Mengyao stopped her advance as a notification rang in her head.

”You are quite lucky. F*ck off before I change my mind. I don’t care if we get banned from this city for one month as long as I can kill you!” Zhang Mengyao did not put her lance back into the inventory, an indication she would do what she just said if Herman did not leave.

Herman expected Zhang Mengyao would be hostile, but he did not expect to be this extent, ‘That means that young man is someone important within the Tang Empire. We just poke the monster nest.’ He said to himself.

”I know we are wrong, but it’s a misunderstanding. My subordinate was nervous when Revalor pointed his bow at us and launched the attack subconsciously. We did not mean to attack or kill any of the Tang Empire’s people,” Herman did not leave because this was the only chance for him to clear the misunderstanding because fighting was not allowed inside the city. “If we really meant to harm your people, why would I just order one person to launch the attack? We will attack Revalor’s group together instead.”

At this time, Herman and Zhang Mengyao got surrounded by many people. She scanned the people and found out these people were from the World Government. Hines Myers of The World Union, Krishan of the Shiva Federation, Collin Morton of the North Federation, and Scot Moran of the Blue Vest Guild. Those fours were the Guild Leader of their respective guild, so she recognized them.

There was the fifth person standing side by side with the four faction leaders, but she did not recognize the man. She guessed the man was the new Saint Guild’s Guild Leader because the previous leader was killed by Tang Shaoyang. This man might be the new Guild Leader of Saint Guild.

Zhang Mengyao’s eyes stopped at Scot Moran, “You still dare to show your face even after losing one of your Vice Guild Leaders to just one person? Your face is unexpectedly thick. Ah, I forgot that you lost both of them. The Tang Empire offers our sincere condolences to you, Scot.” The sarcasm in her tone was so obvious, making Scot Moran’s lips twitch.

Scot Moran lost his first Guild Leader, Donald Callahan in front of him as he had to leave Callahan behind and retreat. Hurst Milton, the second Vice Leader, tried to chase after Revalor, but they never came back. From Zhang Mengyao’s words, it seemed Hurst Milton also died along with the group that followed him. He clenched his palm into a fist as the urge to kill the woman in front of him surged up.

”Or what? Stop with the bull crap! I don’t care if you want to play your own game, but don’t try to involve us with your stupid game!” Zhang Mengyao snapped out and stared dagger at Hines Myers. “Just go on your way while we are still being nice. The Tang Empire is focusing on the Dimensional Tower for now, but we don’t mind changing it to a hunting game where we will just hunt people from the World Government inside the tower. Try me!”

Hines Myers was caught off guard because Zhang Mengyao was not intimidated by their numbers at all. A woman surrounded by thousands of people, yet she showed no fear. Not only did she not show any fear, but she challenged them.

”You force us to make a move here, Lady! Don’t blame us for being ruthless because we will make you be the example of what will happen if anyone dares to challenge the World Government!” Hines Myers raised his hand. The people from the five factions pulled out their weapons with that signal. They did not care about the one-month ban from the System. It was just a month, so killing one of the Tang Empire’s higher-ups was worth it.

”Hehe…” Zhang Mengyao let out a chuckle when all the people around her pulled out their weapons. “You don’t care about the one-month ban, and we don’t care either,” She pulled out the shield and the lance, ready to fight. At the same time, her shadow enlarged as a cat showed there, licking his paw. The Dark Predator had been hiding inside the shadow even before she entered the tower.

The sudden enlarged shadow caused everyone to take a step back. It was not over as a big shadow hovered above them as well. Everyone looked up and saw a giant golden dragon flying above their heads.

Wrath released a roar, causing everyone to cover their ears with his deafening roar. A quarter of the World Government’s people fell on their knees while covering their ears. The situation quickly escalated to an all-out war with the sudden appearance of these two creatures.

Wrath and Greed could not follow Tang Shaoyang to take the trial because they were accounted as an external force, so they could not join their Master to clear the trial, but they were tasked to protect Zhang Mengyao.