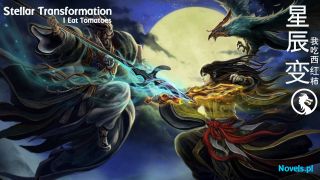 Herman breathed heavily; his chest heaved up and down. He could not believe that the System’s mechanism saved him and his guild members. When the arrow hit the barrier, the barrier instantly cracked; the cracks spread out to the whole barrier. Then the explosion’s force pushed the barrier to the brink of destruction. In the last moment before the barrier broke apart, the System forcefully teleported them out from the tower.

Half of the guards in the front fell on their knees. They saw death itself coming for them; in fact, they saw the barrier crumble under the explosion. It was fortunate the System forced them out of the tower.

”We are doomed. The Tang Empire will hunt us down inside the tower from now on,” Frans muttered in a low voice.

”I don’t think so,” Herman forced himself to calm down and thought about their situation, “That’s a misunderstanding, and I have talked with Supreme General Zhang Mengyao. They are reasonable to talk with, so we can talk it out with them, but we need to find out who shot the lightning bolts. We will apologize and seek the best outcome from this. I don’t want to sacrifice one of our members to make it out, but I don’t mind sacrificing the fool for the guild either.”

Revalor looked to have formed another mana arrow in his bow, preparing for the second attack. As the explosion died down, it revealed that the First Order Guild had disappeared, leaving the scorching ground.

”Huh!? Where do they go? There’s no way that one Burst Arrow would wipe them out,” The former Elven King was confused as the First Order Guild disappeared after his first attack. But he quickly thought of what happened, “Sir Lu An has cleared the first floor. They might be running away by teleporting out of the tower.”

”Exit from the tower!” Revalor tested it out by saying that.

[Are you sure you want to exit the Dimensional Tower? (Yes) (No)]

”Whatever,” Revalor saved the bow back into his inventory, “I will just report everything to Supreme General Zhang Mengyao and let her decide our course next action regarding this First Order Guild. I just have to do my duty and let the higher-ups do the thinking.” He then chased after Yeon Hee.

”We will wait for Lu An and exit the tower together,” Zhang Mengyao told Wei Xi as she reviewed the report. While Lu An looked for the King of the First Floor, she ordered them to find the resources system talked about during the World Congress. She did not send a team after Lu An to help them if they had to fight the King of the First Floor. There was a reason for that, and it was because the inhabitants of the towers were weak, generally weak.

The main force had encountered four different beastmen during the exploration. Those four tribes acted the same as the Miragul and The Minke Tribe. They attacked them, so they fought back, killing them all. After receiving the report that less than one of them had reached level 700, the highest one so far was level 745. Most of them were around level 500 to level 600. Lu An should be safe with Revalor and Helia. That was why she did form another team to follow Lu An but focused on exploring the first floor.

”He did not disappoint us,” Wei Xi smiled widely as he was happy that Lu An alone cleared the first floor. As for why he knew Lu An cleared it alone because he knew that Lu An was copying Tang Shaoyang. The Emperor loved to fight the strong monster alone, so he thought Lu An would copy that, and he guessed it right.

Zhang Mengyao rolled her eyes, “Don’t encourage him to do that; that’s a bad habit not to rely on his comrades. What about the kobold mine? Does the mine produce good materials?”

”Then let’s bring the sample for the dwarves. If it is something we need, we can start to post miner jobs. We have so many idle people in our territory,” Zhang Mengyao tasked Wei Xi to get the sample.

Two days passed, and Lu An returned to the main operation base by walking, of course, as he had already recovered from the exhaustion. That day, the Tang Empire’s main force went out of the tower together. They did not even figure out how to reach the second floor yet because they were too focused on exploring the first floor.

They returned to the plaza in front of the entrance, “We will take two days of break, then we will enter the second floor! Alright, you can go home and get some rest,” She dismissed the Tarriors for doing whatever they wanted for the two days. Of course, there was no rest for her as she needed to arrange another team to explore the first floor. Not just the fighters but the people who could identify the resources inside the tower.

”I need the alchemist team, just in case we miss herb garden or something like that. I am glad Shaoyang did not take Yu with him into the trial. We can use him to explore the first floor. I also need to arrange the dwarf team and also talk with the subregions regarding the dimensional tower. They must want to enter the tower, too,” Zhang Mengyao spoke to herself as she headed toward the southern district to check the district she had just bought.

Halfway to the southern district, someone stopped her, and that someone was Herman Bonivido of the First Order Guild.