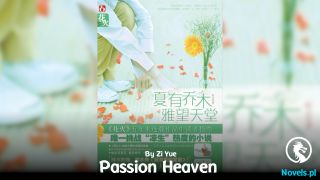 Chapter 865 First Floor ~ Beyond The Shadow

Herman Bonivido took a deep breath when he heard the name. Of course, he knew Revalor, one of the Tang Empire’s fifteen fighters. The only elf that participated in the tournament and always won the fight within less than thirty seconds. The First Order Guild’s members also took deep breaths when the Tang Empire was mentioned.

When the Tang Empire was mentioned, everyone had one person in their mind, The Emperor and The Dragon. That short memory left a deep impression on everyone who watched the Earth Tournament. Of course, there were still many First Order Guild members not aware since the System only allowed the major faction to bring a hundred people to watch the tournament.

”What should we do, Sir? Should we leave this place? I don’t think the Tang Empire looks at us kindly from the arrow,” Frans asked his Guild Leader as he looked at the arrow in front of him. The warning meant they were not welcomed here, so he thought leaving this place was a wise choice.

”Didn’t you hear me? Keep your mouth shut and let me do the talk,” Herman rolled his eyes, Frans. Despite his calm demeanor, he was quite nervous inside. If somehow he or his guild offended the Tang Empire inside the tower, they would be hunted down for sure. It would be hard for them to escape since they did not know how to get out of the tower.

”We just arrived here, Sir Revalor. May I know what this black thing is?” Herman raised his voice to make sure the opposite party heard him. He did not want to return empty-handed. Considering their past relationship, the First Order Guild’s relationship with The Empire was friendly. He tried to gather information about what the Tang Empire knew about the tower or maybe exchanged the information for something.

”I am not in the position to share any information we have. If you want some information, meet Supreme General Zhang Mengyao and talk to her. I don’t have the authority to tell you our discoveries,” Revalor easily read what was in Herman’s mind. As the former King, he was well aware of what the opposite party tried to get from him. Of course, he would not share any information without his superior’s consent because he was just a mere slave.

”She is not here. Our operation base is four days away from here. If you want to meet Supreme General Zhang Mengyao, you can go straight to the north. It’s a forest territory, a territory after grassland,” Revalor replied truthfully. However, his reply sounded like he did not want Herman to meet Zhang Mengyao.

Herman held it back as he knew his position well. The Tang Empire, no, The Emperor was someone he could not fight even with numbers. Avoiding the confrontation against the Tang Empire, for the time being, was a wise choice here. He endured the humiliation and said nothing in response.

”What should we do now, Guild Leader?” Henry asked because they received no further command after the obvious rejection from the Tang Empire. They did not know that Revalor was telling them the truth.

”The Tang Empire seems to be waiting for something from this black thing. Let’s wait too,” Herman decided to wait as well. At least, he wanted to find out about the black thing in front of him. Just like that, the waiting game started. At least, it was a waiting game for the First Order Guild.

Half an hour passed, and Revalor considered breaking into the shadow realm. This was far too long, and he did not want to wait anymore. As his patience started to run out, he started to make a plan, “Make sure to get your healing skill ready, Helia. If Sir Lu An does not come in ten minutes, I will forcefully break the shadow or enter it if I can’t break it. We can’t wait any longer than this. I am afraid Sir Lu An’s life is in danger.”

The green blood flooded out from the body continuously, filling the crack on the ground. The eye-catching sight was that someone was standing above Elder Drake’s severed head. Lu An was standing there and waved his hand toward Revalor.