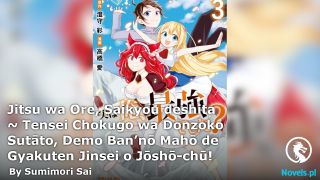 Revalor frowned at the bizarre sight in front of him. At least a thousand meters of the area was covered by the

shadow, and he could not see it through. It was as if a big chunk of that area had disappeared into the void. The most

bizarre thing was the fact that the shadow area reached the sky like a pitch-black tower. He knew it must be Lu An's

skill, but he did not like this skill because he could not observe Lu An. He did not know what happened inside that

space, whether Lu An was winning or losing.

The former Elven King was helpless, but at the same time, he was surprised that Lu An could pull up such a trick. He

never saw the ability like this; even no demon he had encountered so far had the same ability.

"What should we do?" Helia was panicked. She was asked to follow Lu An by Kang Xue to ensure Lu An's safety. With

the current situation, she did not know what happened to Lu An inside that thing. With the tower-like shadow in

front of her, she was not sure that her Light Elemental Power could neutralize the shadow.

Yeon Hee and The Miragul were shocked by Lu An's ability. Yeon Hee compared herself with Lu An, and she quickly

realized that the gap between them was just too big. At this moment, she realized that Lu An's Shadow Elemental

Power was more complete than hers. She could not achieve what Lu An had achieved during the ght against

Drakengard, manipulating all the shadows as if everyone's shadow was his. She could not execute the same skill as Lu An did.

The Miragul was shocked because Lu An could ght against the King tow in tow. He thought the human would die in

the hand of Drakengard. That was why he was willing to lead the Tang Empire's force toward the King of the rst

oor. If The King wiped out the Tang Empire, then the oath ceremony would be nullied. He and his family would be

freed from the shackle put on them. That was the demon's plan, but he never thought the human could ght evenly

against Elder Drake. But then The Miragul quickly realized something, it was just one human. What if all the humans

came here and hunted Elder Drake? Miragul realized that his plan would never work, but it was a relief at the same

time that he did not try to pull another obvious trick on the humans, or he and his family would die for sure.

Meanwhile, on the other side of the Shadow Realm, a big group approached the source of vibration. They were from

the First Order Guild, and they sensed the earthquake from afar. Herman Bonivido thought it was a natural

earthquake, but the frequent vibration and the unnatural continuity of the earthquake were suspicious. He quickly

realized it might not be the earthquake but caused by something.

He led all twenty-ve hundred subordinates toward the source of the vibration, and he saw the pitch-black pillar

toward the sky. Herman could feel the earthquake coming from the black thing; hence he approached it with his subordinates.

"Are you sure it's safe to approach that black thing, Sir?" Henry, the second Vice Guild Leader of the First Order Guild,

asked Herman for the third time. The black thing was suspicious already, added with the strong earthquake was just

more reason not to approach that thing. It looked dangerous, and bringing all their force there was not the right thing

to do; at least, that was what he felt with the current situation.

"We can't split up, Henry. We don't know what awaits us in the tower," Herman shook his head. "Who knows, that

should already know that the World Government regards us as a nuisance. If we split and meet with the World

Government, there's a high chance you will be killed or captured."

Henry could not deny that possibility. He recognized the danger from the World Government; splitting up might be

dangerous for them. He had no choice but to follow the order even though he still thought of not approaching the

black thing because of the danger it might possess.

Herman was amazed by the black thing as he raised his head up. He could not see the end of this black, and he was

more condent that this black thing might be the way to reach the second oor. Even though he had not discovered

the resource the System talked about on the rst oor, he would rather choose to be the rst faction to reach the

than on the rst oor, after all.

When Herman reached a hundred meters distance from the black thing, he sensed something coming toward him. He

searched where this thing came from. However, he failed to see anyone around. As the dust settled down, the thing

that crashed in front of him was revealed, and it was an arrow.

"Stop there! We will consider you as our enemy if you walk past the arrow!" Herman heard the voice in his ears. The

voice was like someone speaking next to him, but he knew the voice was coming from the other side of the black thing.

Herman furrowed his brow as he recalled the Earth Tournament. He was carefully thinking about the player that was

capable enough to do this kind of trick. But he did not remember there was an archer in the tournament. At least there

was no strong archer to do this kind of stunt. He tried to identify who he talked with as he did not want to mess with

Herman quickly motioned his subordinates not to get provoked by the voice, "Let me take care of this. Stay silent!"

After saying that, he looked toward the black thing, "I am Herman Bonivido, The First Order Guild's Guild Leader.

May I know who you are?" He remained polite even though the opposite part sounded arrogant.