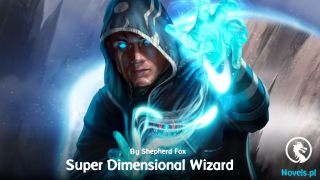 Dozens of creatures with long claws came out from the ground, standing at the

border between Greenland and the forest. The creatures created the barrier so

Lu An could not pass them. After, more creatures popped from behind as well,

pinching Lu An and Helia.

Lu An did not rush to ght his way out of the creatures. He observed the black

furry creatures around him; they were around one and a half meters tall with

around fty centimeters long claws, "Otter or ferret?" Lu An muttered in a low

These creatures had the look of a ferret and the long body of the otter. The

proportion of these creatures' bodies was quite o, especially when they were

standing. When they opened their mouths, jigsaw-like teeth showed up.

strong these creatures were.

Looking at the detection result, he remembered what Miragul had told him

earlier. The green land was the Minke Tribe's territory, and the creatures in

front of him were Minke. The fact that the Minke Tribe was around level 600

and the highest one was level 732 was a relief to Lu An. Meaning the monsters

on the rst oor were relatively weak.

'But these Minke are still a threat to the Tarriors,' He thought to himself. The

average level of the Tarriors was around level 400-ish to level 600-ish. While

the elf, Moonlight Tribe, and Alton's subordinates were relatively higher in

"I will make the way out of the encirclement, and you follow me closely, Helia,"

Lu An decided to escape instead of ghting the Minke Tribe. Despite their

overwhelming number, he could ght them all, but there was no benet from

killing the Minke Tribe. He would rather leave the Minke for the Tarriors to

ght to level up.

Using the Shadow Step, Lu An rushed to the Minke in front of him. His right

hand held the sword while his left hand carried Donald Callahan with him. He

was not going to leave the man to die this early. Within the next second, Lu An

appeared in front of Minke. The shadow covered his red sword, and when he

slashed the sword toward the Minke, the shadow extended forward, cutting ve

In the next second, Lu An had entered the forest area. He did not go deeper into

the forest. He would lure them into the ideal area for Tarriors to ght them if

they followed him. However, as he predicted, the Minke Tribe did not dare to

enter the forest. He could hear the furious hissing from the Minke, but they did

not dare to enter the forest.

Lu An shrugged and turned around, continuing walking back to the base. On the

way back, he did not encounter the people who chased after Revalor, "Did

Halfway back to the base, he heard a lot of movement in front of him. Lu An

remained calm because he knew who was coming. Sure enough, he saw Zhang

to bottom. Lu An was like her little brother already, so she was deeply worried

over a thousand people, "You okay?"

"I am ne. They are afraid that the reinforcement will come, so they escaped

when they realized that they could not kill me," Lu An nodded and reported

her, indicating Lu And was ne. Then she glanced at the disgured man in Lu

An's left hand, "Is this the guy who insulted your Brother Shaoyang?"

Zhang Mengyao had heard what happened from Revalor, the reason why Lu An

stayed behind. She was glad about Revalor's decisiveness to leave Lu An and

called the reinforcement immediately. It would be wasting time to convince Lu

An as she was well aware that Lu An would not leave, especially if it was

Revalor. He won't listen to the Former Elven King, and Revalor would be just

wasting his time. She did not blame Revalor for leaving Lu An behind in that

"Yeah," Lu An nodded with a smile.

because we treat this guy inhumanely," Zhang Mengyao furrowed her brow

"No one will know unless our people spread the rumor," Lu An said while

scanning the Tarriors, and all of them looked away from Lu An's chilling gaze.

"But you are right. Just in case someone with a big mouth spreads the rumor, I

will kill this poor guy," Lu An stabbed the sword into Donald Callahan's skull,

"Ah, I also met with the Minke Tribe in the next area. The tribe that controls

the green land…" Lu An described the Minke to Zhang Mengyao, their

appearance, and also their power. "We can ask Miragul how strong this Minke

Tribe is and start to plan to ght them afterward. It would be a good experience

Zhang Mengyao nodded, "Though I doubt this Minke Tribe is good enough for

our elite Tarriors, we need to ght them sooner or later anyway."

The Tarriors that joined the expedition were around level 700 to level 800, so

the Minke Tribe should not be an issue for them. They were the best of the best

from the Tarrior since the Dimensional Tower was extremely important.

Revalor brought back the Miragul to Lu An, and it explained what it knew about

the Minke Tribe, "I think The Minke is attracted to this man's blood; that's why

they chase and set up an ambush for you, Sir. The Minke has a keen smell, and

they love blood for sure."

"I do believe the Minke Tribe's leader has not reached the Epic Rank yet," The

Miragul added at the end.