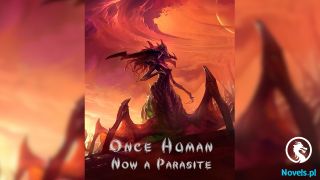 Chapter 858: First Floor - Within The Shadow

Hearing the order from their Guild Leader, the Blue Vest Guild's members ran

out of the shadow. Since the shadow covered a wide area, it ended up leaving six

people in the shadow. Scot Moran, Donald Callahan, and the other four Epic

Ranks. They would ght Lu An, who hid within the shadow.

Leader. He was in front of the death door just now. If not for his Guild Leader

intervening at the right time, he was done for. He quickly realized the situation

he was in and used the Bloodline Transformation.

His body jacked as he became two and a half meters tall, his skin turned black,

and a pair of bull horns grew on his head. After that, he took out his greatsword

and also a big shield that almost covered his whole body. The other four also

transformed and regrouped with Scot Moran and Donald Callahan.

Donald Callahan stayed in the front of the ve, as they had his back. That was

the usual formation they used to ght a strong monster. Donald Callahan would

defense. The formation always worked, especially if they only faced one enemy.

"Get ready for the attack. We need to nish this fast before the Tang Empire's

reinforcement comes!" Scot Moran told his subordinate in an intense tone. He

held the spear tightly as nervousness slowly crept into his heart. He did his best

to detect Lu An within the shadow, but he just could not sense Lu An.

"Behind us!" Darrick, one of the Epic Ranks, yelled as he saw a shadow come

out from the shadow below. The gure was holding four black daggers between

his ngers, and from the shadow's stature, without a doubt, the shadow was Lu

An. The shadow threw the eight daggers. The pitch-black dagger accelerated in

the air very fast but not fast enough to trick their eyes.

Donald Callahan reacted as he put his shield forward, blocking all the daggers.

The clash produced clanking noises as the daggers scattered around them. At

the same time, Scot Moran and another Epic Rank rushed toward the shadow in

the air. "I will not let you return to the shadow again!" Scot Moran quickly took

the chance to attack Lu An while in the air.

As long as he prevented Lu An from returning to the shadow, Lu An would not

be able to hide from them again. Scot Moran and his Epic Rank subordinate

were about to reach Lu An in the air, but they saw the pitch-black shadow

smiling at them. The wide smile gave Scot Moran an ominous feeling.

Sure enough, in the next second, the shadow in front of him was replaced by a

pitch-black dagger. Scot Moran quickly caught up with what happened when he

saw the dagger. He turned his head, and sure enough, a shadow appeared next

"Watch out, Callahan!" Scot Moran tried to warn his Vice Guild Leader, but it

was too late as no one noticed the shadow gure. He maneuvered his body in

the air, turning around and kicking the air. He tried to get back to help Donald Callahan.

Despite the warning from Scot Moran, everything was too late. When Callahan

turned to the side, he saw the shadow's hand reaching his face. The two and a

half meters Callahan was slammed down by Lu An. The height and weight

dierence did not matter as Callahan was helplessly brought into the shadow by Lu An.

In the next second, Scot Moran landed right where Callahan had just

disappeared. He tried to attack the shadow, but it was futile. It could not force

Lu An to bring Callahan out of the shadows. "Damn!" He started regretting his

action to confront Lu An's group. He just did not know that Lu An had a

troublesome ability like this. 'There must be a way to counter this shadow, but how?'

Of course, Lu An had a weakness, and his weakness was quite simple. The

weakness of shadow was light, so he needed someone with Light Elemental

Power like Kang Xue or Helia, the Light Bombyx Mori. They just need to get rid

of the shadow with light, then Lu An could not use the shadow to hide anymore.

While Scot Moran was at his wit's end, he heard the familiar scream from the shadow.

It was Donald Callahan's scream, and the scream came out from the shadow

below them. All ve Epic Ranks tried to attack the shadow with their skills, but

all their eorts were useless. They could not destroy the shadow or lure Lu An

out of the shadow.

"We are tight in time, Sir. We need to leave before the Tang Empire's

reinforcement arrives," Darrick was frustrated with the situation they were in.

He immediately proposed the idea to leave Donald Callahan and escape from this place.

"Do you think I will let you all leave?" Lu An overheard the conversation, and

he came out of the shadows with Donald Callahan. However, The Blue Vest

and all his ngers; blood was profusely owing out from his hand and thigh as

the man whimpered in terror and horror.

"Do you think I will leave after what you did to Callahan!?" Scot Moran's voice

came from Lu An's back. As soon as Lu An appeared on the surface, he used his

movement skill and moved to Lu An's back. However, his eort was futile as Lu

An in front of him was replaced by the black dagger once more. From where he

was, he saw Lu An appear next to one of his subordinates.

Before he could even warn them, Lu An slashed the sword to one of his

subordinates' necks. The head ew o into the air as the blood spurted out in

all directions. The body walked three steps forward before falling o to the ground.

At this moment, Scot Moran realized that number did not matter in ghting Lu

An. No matter how many Epic Ranks he had, he could not kill this young man,

The enemy was just a perfect assassin. If they stayed longer in the shadow's

range, they would be killed one by one by the young man.

ground. He intended to bring Callahan with him as he could not aord to lose

more Epic Rank. Even though Callahan lost his legs, there was still an elixir to

grow his legs back.

Scot Moran was about to jump out of the shadow with Callahan in his hand, but

Lu An did not allow that to happen. Six daggers shot toward Scot Moran from

six dierent directions. The daggers were just too fast, so he needed to block

them. He released Callahan from his grasp and blocked the dagger with the

spear in his hand. He then remembered that Lu An could switch position with

the dagger, so he leaped away from the daggers.

When he landed, he realized that Callahan was not in his hand anymore. He

forgot to bring Callahan with him after blocking the daggers.

"I will not let you bring him away from me! I told you, I will make him regret

Moran a chill. With this short exchange, he realized another thing. They just

provoked someone they should never provoke.