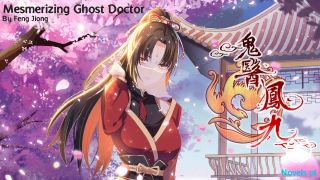 Chapter 845: Trial of The Ancient

After Japan, Tang Shaoyang went to Mongolia and other regions around China

such as Nepal, Myanmar, Thailand till the furthest region was Australia.

Fortunately, he easily found where they were, so the trip was much faster than

he expected it to be. After visiting Australia and installing the last portal gate,

he returned to the main base instead of traveling with Aerelion. While the

journey did not tire him out, it was so boring for him.

Tang Shaoyang returned to the oce while yawning. He sat there and leaned

his back against his comfy chair, "What's next? The Earth Dimensional Tower

and the Trial of Ancient, should I take the trial rst, or should I visit the Earth

Dimensional Tower rst?" He rubbed his chin. It took him a few days to nish

the Trial of the Epic, and he estimated it would take him a week to nish the

There were pros and cons for which he wanted to do rst. If he took the trial

rst, then he could come to the Earth Dimensional Tower much stronger than

he was. However, if he took the trial rst, he was afraid that his faction would

lag behind in the race of the dimensional tower.

At this moment, the door opened, and the person who opened the door did not

knock rst. He opened his eyes, and Zhang Mengyao came in alone, "Should we

make some preparations for the Earth Dimensional Tower?"

The System announced that the Earth Dimensional Tower would be summoned

a day after the Earth Tournament, which was today. Despite the incoming

event, the Tang Empire did little preparation for the dimensional tower as they

were busy with the new people joining them, "All the leaders from our sub-

regions have come and asked the instruction for the upcoming dimensional

"Preparation? How should we prepare if we don't know the details of the

separate space or a world itself, that's it. The System does not tell us what we

must do, the condition of entering the tower, goals, or if there are any rules

inside the tower itself. Let's take our time for now until the tower appears

before making the preparation just like we usually do," Tang Shaoyang shook

preparations aside from preparing supplies and the equipment. She was about

to say something until she noticed something on Tang Shaoyang. Her man

seemed in deep thought, "Do you have something in your mind?"

Tang Shaoyang looked up as a surprise was apparent on his face, "Do you have

for a few seconds, so it did not close the possibility of having the ability to read

Zhang Mengyao shrugged as she came closer to Tang Shaoyang, placing her

index nger to the side of his eye and saying, "If you are in deep thought, this

will twitch, and the look in your eyes is vacant. So, what's in your mind?"

Tang Shaoyang rubbed the side of his eye, but he did not feel the twitching.

Deep inside, he was surprised that Zhang Mengyao would pick up his habit that

he did not know himself, "You really know me well to know something I don't

know about myself." He then shook his head and told her what was in his mind

about the trial, whether he should take the trial rst or enter the dimensional

"While I don't know much about the dimensional tower, the System will not

give us the impossible diculty on the rst oor, right? I think it will be safe

for us, at least, on the rst ve oors. I think you should take the trial rst and

enter the dimensional tower as an Ancient Rank instead," Zhang Mengyao

thought about it for a moment before saying what was in her mind. With their

current strength, they should be able to survive within the dimensional tower,

especially with the additional force from Lukan.

Tang Shaoyang thought about it for a moment. Zhang Mengyao was right; the

Tang Empire should be ne even without him in the rst ve oors, "Alright,

then I will leave the Empire in your hand until I nish the trial."

"I thought you were thinking about the girl called Yeon Hee," Zhang Mengyao

eyed him suspiciously. "What do you want to do with her?"

"Ah!?" Tang Shaoyang suddenly remembered the girl from the Haven. "She has

a potential compared to her friends, so I was thinking of recruiting her into our

empire while giving the Haven a punishment. Where is she now?"

"If you want to recruit her, then why don't you recruit the whole Haven

instead? That way, we can easily gain their loyalty instead of using force,"

Zhang Mengyao shook her head. "I know, one of her friends said something he

should never have said, but you just killed that guy."

"Dying in his friend's hand is more tragic and painful than me killing him.

That's what he deserved," Tang Shaoyang shrugged nonchalantly. "Has she

signed the slave contract? We need to ensure that girls do not do something

"Yeon Hee is with Lu An," Zhang Mengyao shook her head, "If you recognize

her potential, then you should not force her to sign the slave contract. We want

her loyalty, and we have hurt her enough by separating her from her friends

and boyfriend. Just let Lu An does the work instead."

"If you say so," Tang Shaoyang nodded and stood up from the chair. "Then I

will leave right now. The sooner I take the trial, the sooner I return." He opened

the status window and proceeded with the trial.

"Mnn," Zhang Mengyao nodded, "I will tell the other girls where you go later.

Don't be too reckless and be safe; we are waiting for your return, Your

Tang Shaoyang nodded and tapped yes. The portal appeared before him, and

furniture inside his oce. He turned around and approached her for the last

time. He kissed her on the lips passionately and parted twenty seconds later.

After that, Tang Shaoyang entered the portal without looking back.