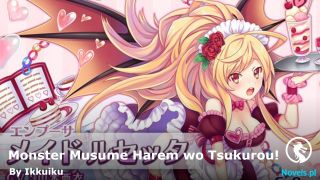 After the battle, everyone returned to the smart base while the Legion Guild's

main force kept working on patrolling around Seoul. Just in case, the four

returned to the smart base with The Legion Guild's leaders, Park Nam Hoon

and Yu Jin Sang. The leaders of the Legion Guild became the driver for Tang Shaoyang.

No one was speaking inside the car, and the atmosphere turned out to be a little

awkward, but Tang Shaoyang did not care about it. He opened the ripped map

and checked his next destination. With the fall of four guilds, his work in Korea

was over, so he would go to Japan next, 'So we will go to the southwest next?'

He scratched his cheek with his index nger.

At this moment, Tang Shaoyang received a notication from System

Communication. He opened the notication; it was Zhang Mengyao who called

him up through System Communication. This was his rst time using the voice

call feature from System Communication. So far, only the faction leader and its

vice leaders could use the voice call, so he rarely used it because he was always

with Zhang Mengyao and Kang Xue.

[You send Yu back to get the materials to make the antidote, but our General

upgrade the smart base to level 5 or even to level 6. Should we upgrade the

smart base to get the materials?] Zhang Mengyao resounded inside the car.

The Tang Empire, the person who spoke to them in the arena after the Earth

Tournament. The two exchanged glances as they were surprised there was a

device to call the others. It was general knowledge that all technologies,

including phones, disappeared from Earth, so it surprised them to discover

there was a similar device from The System.

"I don't mind. We need to upgrade the smart base sooner or later, so we might

as well upgrade it right now," Tang Shaoyang did not mind if Park Nam Hoon

and Yu Jin Sang overheard the conversation, so he did not bother to lower the

voice. "However, let's not use the reward from the Earth Tournament. Save that

for the later upgrade. Just use our coins to upgrade the base."

The System rewarded the Tang Empire three levels for the smart base, and they

could be used anytime for any smart base under The Tang Empire. Using the

base was still aordable at the current level. They might need it when the smart

base reached level 7 or level 8 as their current smart base was still level 4, so

saving the three levels reward for the later was the smart decision.

[I know that already. We will save the three levels reward until we reach level 7.

Origin told me that the maximum level for the smart base is level 10. Above

level 10 is an Epic Level smart base, and we can't use the coins to upgrade the

smart base to Epic Level. So we will save the reward for now.]

[I have calculated the cost to upgrade the smart base. It cost 230 million GC to

upgrade the smart base to level 6 and 730 million GC to level 7. Do you want me

to upgrade to level 7, or should we keep it at level 6 for now?]

head. If they upgraded the smart base to level 7, then they could use the reward

immediately and upgrade the base to level 10. On top of that, they also had the

one billion reward from the Earth Tournament too. They had enough money to upgrade their base.

"What's the benet of upgrading the smart base to level 10? The immediate

benet that will help us," Tang Shaoyang asked Zhang Mengyao.

[Oh, there are a lot of benets. We will have a Dimensional Auction House, an

auction house that reaches all the worlds under the System's jurisdiction. Ah,

another benet is we can install a portal gate, so we can connect our territories

through the portal gate. I think we will need this the most because we need a

tool to travel to our vassals' territories. There are so many benets, so better

you look it up yourself when you return. We can have up to ten portal gates if

we upgrade the smart base to level 7 and a hundred portal gates in level 10 smart base.]

money from the Earth Tournament," It did not take long before Tang Shaoyang

made the decision. The portal gate was an essential tool for them since the

plane could not operate since the Game started. The essential tool for the long

journey since not everyone could have a ying pet like Li Na and Tang Shaoyang.

[Do you hear it, Origin? I have his consent, so upgrade the smart base to level 10

right now.] Zhang Mengyao's annoyed voice rang from the call. [I have told this

stupid Ai to upgrade the base to level 10, but it persistently told me to get your

consent rst. Alright, I will hang up the call. My work is piling up even more

with our new level 10 smart base. Have a good trip, bye-bye.]

Zhang Mengyao hung up the call. However, she sent him a message in the next

thirty seconds. In the message, she was telling him the instructions for

and easy. He nodded his head as this portal gate would ease up his work.

though they did not understand what materials Tang Shaoyang talked about,

they clearly understood the smart base's level. They were shocked that the

Tang Empire talked about upgrading level 10 smart base so casually. They were

aware of what it took to reach level 10 smart base, but the Tang Empire easily

'I think I did make the best choice in my life,' Park Nam Hoon thought to

himself. He did not know what level 10 smart base could do, but he knew the

meant the Tang Empire was ahead of the other factions.