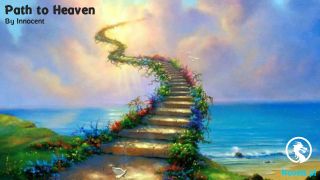 «Armipotent-Novel (Web Novel) - Chapter 837: Devil to The Others, Hero to His People – Part

Chapter 837: Devil to The Others, Hero to His People - Part

"So, you are the leader of The Haven," Tang Shaoyang remembered that Dae-

Jung mentioned Min Soo when he talked to Sin Yoon. "This coward says that I

will regret this because of you, but I wonder if it's true." He scanned Min Soo

from top to bottom. He could see how much mana Min Soo possessed in his

body through the Dragon Eyes. The mana in his body was larger than the

normal Epic Rank he had encountered on Earth so far. Based on mana only, Min

Soo was at the level of the First Order Guild's leader, the Revolution Kingdom's

king, and also the other leaders from the major faction.

"RUN! JUST LEAVE ME AND DAE-JUNG! LEAVE THIS PLACE IMMEDIATELY!"

Despite the pain she went through, Yeon Hee endured it and warned her

friends. She told Min Soo and the others to run instead of helping her. Just from

that one exchange, she could tell that Tang Shaoyang was not someone her

party could ght against. "LEAVE KOREA! STAY AWAY FROM THE TANG EMPIRE!"

Min Soo made a pained expression as he observed Yeon Hee's condition, but he

quickly masked it with a smile. "Don't worry, Yeon Hee. I will save you from

this man. I may not win against him, but we can exchange hostages for saving you."

Hearing that, Tang Shaoyang looked in Sylvia and Aleesa's direction. Through

the Spirit Eyes, he saw seven people headed there. They aimed for his wives

instead of ghting him. "Ah, I see. So you will keep me here while your friends

come after my wives? A great plan, but you should never do that. After what this

girl did for her comrades, I plan on being lenient on you guys, but you just

repeatedly piss me o." He said that with his expressionless face, so people

could not tell whether he was truly angry or not.

"Even though I know your friends can't catch my wives, your intention of

harming my wives is unacceptable. Since thirteen of you are here, then I will

show you my real power. I want you guys to tremble in fear each time you hear

my Empire. I want you guys to run between your tails each time you hear my

name," After saying that, he summoned all the spirits. From the Grade C+ Spirit

up to the Grade SSS Spirit, he summoned all of them.

This was the rst time Tang Shaoyang summoned all the spirits at once, from

humans to demon race. Two giant beasts took over the sky, Aerelion the

Infernal Wyvern and Vera the Legendary Beast (Inferkost). The giant bird and

the giant wyvern opened their wide wings. Thanks to Vera, the dark night

turned bright because of her re wings.

Karan, the Firestorm Berserker, came next to Tang Shaoyang and exclaimed

loudly, "Who piss you, Master. Let me ght him!"

Shaoyang. "Who wants to take those seven people to me?" Tang Shaoyang

asked his spirits. "I will go, Master." All the spirits replied simultaneously.

"Then bring them to me. I want them alive, but I don't care if they miss one or

two limbs," Tang Shaoyang sent his order to his spirits. As soon as he said that,

the rst one to move was Karan. The orc dashed toward the wall as the others

followed from behind. At least half of his spirits went to catch the seven people

that tried to go after Aleesa and Sylvia.

Min Soo's eyes widened in shock as his jaw dropped. He opened his mouth and

closed it again from time to time. He wanted to say something, but he did not

know what to say at this moment. The Haven's leader found it was hard even to

breathe as all various auras clashed in the air, and many of them had stronger

auras than him. His eyes looked to the sky; the creatures that were similar to

phoenix and dragon were ying right above him.

At this moment, a furious roar came from the city wall. Min Soo subconsciously

looked behind him, and he saw a Golden Dragon in the sky. The Dragon's

brilliance illuminated the dark night as if the sun rose earlier.

Sin Yoon fell on her knees, "We are f*cked! We will die, and all of this because

that bastard, Dae-Jung!" When she mentioned Dae-Jung, she immediately

remembered the guy that caused all of this was still alive. She quickly came into

a realization as an idea popped into her head. "Let me kill that bastard; maybe

The Emperor will forgive us." At this moment, she even addressed Tang Shaoyang as The Emperor.

At that thought, Sin Yoon took out a pair of daggers from her inventory, and

she stood up. She activated the Bloodline Transformation, and her gure

transformed into the black leopard. There was no hesitation in her movement

as she rushed toward Dae-Jung. Without a doubt, her speed was outstanding

even among the Epic Rank. She quickly arrived right in front of Dae-Jung

within ve seconds. With a crazed expression on her face, she aimed the dagger at Dae-Jung.

from Tang Shaoyang. The terried Dae-Jung screamed in fear, but of course,

Sin Yoon failed to kill Dae-Jung as Tang Shaoyang stepped on her back.

The woman did not scream even being attacked. "Why do you stop me? Let me

kill him, and please spare our lives. Why would we have to be dragged just

because of him?" Sin Yoon's mouth was covered in blood, but despite all of

that, she still tried to kill Dae-Jung.

"What a good show, but this guy is my prey, not yours. Who told you that you

could touch my prey, woman?" Tang Shaoyang bent his body down with a

smug face. Looking at the black and purple eye, Sin Yoon cowered in fear. "I am sorry."

At this moment, the spirits who chased after the seven members of The Haven

returned to his side with the Golden Dragon. They brought the seven people

without people, and the seven people had been roughed up. There was a man

that lost all his limbs, but he was still breathing. Five of them were

unconscious, and two were crying as snots came down from their noses.

"Alright, I just found something interesting, so I have an interesting oer,"

"Unfortunately, the oer is not for the Haven but for Yeon Hee. All your lives

are in her hands." He bent down to Yeon Hee and whispered something to her.

After whispering to her, Tang Shaoyang kissed her on the forehead.

"Get away from her!!!" Min Soo shouted on top of his lung, but his friends

stopped him from charging toward Tang Shaoyang. The crazed look on his face showed how furious he was.

"Heh, it seems I guess it right," Tang Shaoyang muttered with a smile before

he continued to whisper to Yeon Hee, "So, what's your answer, girl? Your

friends' lives are in your hands. Make your decision quickly before I change my mind."