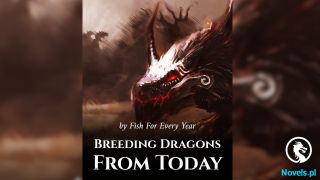 Dae-Jung laughed as he looked toward Tang Shaoyang. "Just because your

subordinates are calling you Emperor, do you think we will listen to you like an

obedient dog? This is never your territory but ours! We will never leave, you

idiot delusional Emperor. Who would use the Emperor this day? What are you? A chunibyo?"

Tang Shaoyang just turned his back and walked two steps, but he halted his

steps when he heard. Dae-Jung did not hide it anymore as he aimed for Tang

Shaoyang from the start. A deep eerie silence followed after that as Park Nam

Hoon, Yoo Kwang Sung, Yu Jin Sang, and the other members had their eyes

widened in shock. After the initial introduction, they did not expect The Haven to openly mock Tang Shaoyang.

"Look what have you done, Park Nam Hoon. You ask me not to kill them, but

look at what they have done. Not only do they disrespect The Emperor, but they

also dare to mock and disparage The Emperor," Aleesa was the rst one to

respond to the ridiculing remark. She put back the bows into her inventory and

took out two short swords. Her words were toneless, but her eyes were icy as she eyed Dae-Jung.

At the same time, Sylvia's hands moved to her dual swords as well. She did not

say anything, but her eyes locked on Dae-Jung. Park Nam Hoon panicked, and

he signaled to Yeon Hee to persuade her comrades to back down and apologize.

"What are you looking at, bitches? Haven't you seen a handsome man?" Dae-

Jung grinned madly as he eyed the two beauties. "What a rare beauty and you

guys are a waste by following that delusional Emperor. What about leaving that

delusional Emperor and following me? I will make sure to make you two

Aleesa and Sylvia were about to make their moves. They wanted to silence the

man forever until they heard a sigh from Tang Shaoyang. "Hah…" He turned

around and looked at Dae-Jung expressionlessly. "I want to hurry because I

have to visit Japan after this, but I will spare my precious time playing with you.

The Haven, is it? You have messed with the wrong person."

o his shoulder toward Sylvia's embrace. The Dark Predator was cowering in

her embrace, "No, Wrath. Just stay still; I will take care of them by myself. You

Nam Hoon and his friends. "This is a warning for the Legion Guild if you guys dare to betray the Tang Empire."

Tang Shaoyang released his concealed aura and let it are up wildly. The

Dragon Aura and also the Slayer Domination mingled together in the air. Park

Nam Hoon and the others were shocked by Tang Shaoyang's aura, and they

subconsciously took a few steps back to the edge of the wall. They could never

sense his aura before, even when they were in the arena for the Earth Tournament.

from Tang Shaoyang. Yeon Hee's face under the clothes turned ugly. She

other four guilds with the World Government. She knew a little about what

happened in the Earth Tournament, but this was the rst time she felt such

power. Based on the aura only, it was clear that Tang Shaoyang was in a dierent league.

"What's wrong? Why do you back down? Don't you want to ght me?" Tang

Shaoyang stared at Dae-Jung. "Do you feel that I am too weak? No worry, I will

use my Bloodline Transformation."

The aura was amplied by ten times, or even more. The others did not know

strong aura. This was the strongest aura they had ever encountered in their lives.

Tang Shaoyang opened his wings that spanned up to six meters, his tail was

moving around in the air, and his deep purple pupils locked on the man who

him. His face paled as his eyes widened in terror and fear. That was just an aura,

but the aura suocated him and pressured him.

"Come on, get up and ght me," Tang Shaoyang motioned to Dae-Jung to get

up. "Ah, if you are too scared to ght me alone, then you can come together

with your friends. I don't mind if you ve come at me together too."

Dae-Jung's friends helped him get up, but it took him an eort to stabilize his

breathing and stand up properly. His instinct was screaming at himself to run

away from the man in front of him. 'I can't win against, but can I escape from

him?' He thought of escaping, but he quickly realized it would be hard to escape from Tang Shaoyang.

"I apologize on behalf of my friend, Sir. I know he has done something he is not

supposed to, but I wish for your magnanimity to forgive my friend. We will

listen to your advice and leave South Korea," Yeon Hee also had the same

thoughts as her friend. They could not win against the Emperor, so the only

thing she could do was ask for forgiveness. At the same time, she secretly

glanced at her friend, signaling him to apologize too.

"No, no, no," Tang Shaoyang repeated no three times. "Don't apologize now;

do you take me as a fool? Do you think I will forgive him after what he said to

my wives? Do you think I will forgive you all after your friend ridiculed me in

front of my subordinates? Come on, don't lower yourself like a coward. Where's

your arrogance just now? The Haven, is it? I will make sure there's no place for

each of you on Earth. Don't worry, I will not kill you guys because I need you to

be alive to serve as a reminder for the others."

"So, let's stop with the meaningless talk because you can undo what you have

said and done. Let's end this with a ght, shall we?" Tang Shaoyang looked at

the other four Haven's members too. "Since none of you come at me, then I will come at you guys."