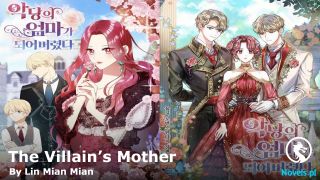 Guild's smart base. That was the best spot because they could see the

surroundings very clearly. Zaneos sat on the bench on the rooftop with his eyes

closed. Meanwhile, Bronson was walking around at the edge of the rooftop. The

Executioner did not have the same patience as Zaneos, who could sit there without moving for fteen minutes.

"Hah, this is boring. I can't bear it," Bronson complained. He then glanced at

the Demon Swordsman, "Is it okay if I leave you here alone, Zaneos? I will look

for the enemy rather than waiting for them to come."

"You can leave, but I will tell Master that you leave the smart base because you

are boring," Zaneos opened his eyes and replied.

"How can you snitch to Master? How old are you?" Bronson came over and sat

next to Zaneos. "What about sparring against me, Zaneos? Let's nd out who's stronger between us."

"Remember our task, Bronson. Our task is not to kill the enemy but protect the

base while Master is away," Zaneos did not give the Undead a denite answer.

"If we ght here, we will destroy the smart base from the impact of our battle.

If you want to be responsible for that, then I don't mind ghting you."

"Forget about it. If you snitch to Master, it's me who proposes the sparring

battle; Master will never call me out again. I don't want to be stuck at the Spirit

Space forever," Bronson shook his head and threw the idea of ghting Zaneos.

He and Zaneos were both Grade SS Spirit, so he wanted to know who was stronger between them.

"Also, the sparring ght can't determine who is stronger between us. If we

want to know who's stronger between us, then we have to ght to the death,

using everything we have to win. I don't think I will use everything in the

sparring ght. You are just proposing something meaningless," Zaneos closed his eyes again after that.

"That's true," Bronson nodded his head. "Guess I will sleep too,"

Bronson just closed his eyes, but Zaneos opened his eyes and stood up from the

bench. He looked toward the northeast side direction, the opposite direction

where his Master was right now. "We have guests, Bronson. Didn't you just

complain you are bored? It's time to work now."

Bronson opened his eyes and instantly appeared next to Zaneos. He looked

toward the north and found a large group of people coming toward them. "If I

recall correctly, all the Legion Guild's main force was deployed to the west

territory. There's no way those people are from the patrol team, right?" Zaneos

recalled Tang Shaoyang's conversation with In Youngsoo. In Youngsoo told his

invasion, so this large group was an enemy.

"You are right, so let's not waste our time anymore. We have to intercept them

before they can reach the smart base. It will be bad if these weaklings get hurt

while we ght the enemy," Bronson did not wait for Zaneos's response as he

pulled out his long reaver, holding them in each of his hands. He was ready to got at any moment.

"I guess that's true. We can't ght them if we are too close to the civilians,"

Zaneos nodded and let out a sigh. "I was a demon who slaughtered countless

people before, and I have to be sacriced for the peace between human and

demon. Yet, now, I am protecting the humans; fate is surely funny." The Void

Then the two spirits jumped o from the rooftop, heading toward the incoming group.

easily," A man in his early forties laughed as he strolled on the road without

"It seems The Warlord Guild and the Shade Guild are doing their job well. We

don't even encounter the famous patrol team of the Legion Guild."

"Hehe, I told you, Sir Ki Nam. We just have to play smart instead of using brute

his Guild Leader is happy, then he would be happy as well. "We just need to

meet with Sir Tae Bong and his secretary, Bak Dong Min. After that, the Legion

Guild's level 2 smart base is ours."

"How long until we reach your guild's smart base, Man-Shik?" Sim Ki Nam

turned his head and asked the man who followed him closely. Man-Shik was

Guild to the smart base.

That was right; Council Member Tae Bong betrayed the Legion Guild. The

despite his position as the Council Member. The survivors idolized Park Nam

Hoon and his friends, more than him, who was the former mayor. He was not

satised with that and planned to change the ship, getting rid of the Legion

Guild and using the Black Knight Guild to rebuild his country. Then he would be

the President of the new country; that was his ambition.

Guild's main force. He would take the level 2 smart base for himself and get rid

of whoever won the battle. That way, The Black Knight Guild would become the

sole guild in South Korea. He had the ambition to be the twelfth major faction on Earth.

"We should arrive at the smart base in ve to ten minutes by walking, Sir,"

Man-Shik replied respectfully. He was just an errand boy, so he made sure not

to get on the bad side of these people. Tae Bong promised an easy life for him

and his family after the Black Knight Guild took over the Legion Guild. He did

not have to ght the zombies and did not need to worry about food anymore.

"You heard them, Bronson? Don't kill the guy called Man-Shik. I think Master

will be delighted if we present that Man-Shik alive."

Sim Ki Nam, Oh Jae Wook, Man-Shik, and the people behind them stopped

their steps as two gures stood in the middle of the road, blocking them. Sim Ki

Nam observed the two gures. The one on the left was a zombie with armor,

and the one on the right was unknown. He could not see it clearly because of the

straw hat. "Who are you!?" He subconsciously blurted out.

Bronson ignored Sim Ki Nam and asked Zaneos for the last time. "For the last

conrmation, so I can kill all of them except for that Man-Shik guy, right?"

"What about another twenty people, including Man-Shik? We need a few of

them alive so Master can question them. Leave those three in the front alive as

well. They seem to be important people, so they should have more information

than the others," Zaneos pointed at Kim Si Nam and Oh Jae Wook. "You can't

kill them, but you can cut their limbs."

Haven was not a guild but a group comprised of thirteen people. While they

were only thirteen people, no guild dared to oend them as those thirteen

people were high-level players. It was unclear how many of them were Epic

Ranks, but people guessed that at least eight of them were Epic Ranks. That was

the main reason why the guilds did not dare to trouble or oend Haven.

"They have been helping us to save the survivors as well. So, they are not our

enemies," Park Nam Hoon ended his explanation about The Haven after

successfully stopping Lady Aleesa from shooting the mana arrows. He did not

know what would happen, but he was pretty sure that The Haven would not

At this moment, the female in black clothes managed to reach the wall and

meet with the group. A woman with long black wavy hair, around 1.8 meters

tall, walked toward them. Her face was covered in black clothing as well, from

the nose down to her neck, typical of an assassin outt in the movie. She had

two swords on her back waist, and her black eyes observed the group as she got closer.

woman with a big smile, but the Shadow Queen cut his words short, "My name

is So Yeon Hee. You can call me Yeon." Of course, this was not her rst time

meeting with Park Nam Hoon and his friends. That introduction meant for the

Park Nam Hoon was about to introduce Tang Shaoyang to Yeon, but he quickly

realized it was not that easy to do that. Tang Shaoyang was an Emperor, so he

had to treat him above everyone else. He could not just say, 'This is Tang

Shaoyang, our Emperor.' He felt like it was inappropriate as he needed to be

his head toward Tang Shaoyang and continued, "This is Your Majesty Emperor

development. The Legion Guild that was known as the strongest guild in South

Korea, would bow their heads to the other factions. From the way Park Nam

Hoon and his friend acted around the man, it was very clear to her that this was

not a joke or a prank.

After that, Yu Jin Sang turned back to Yeon Hee with a serious look on his face.

"So, can you explain why you and your friend are staying with the Warlord

Guild? Depending on your answer, you can be our enemy."