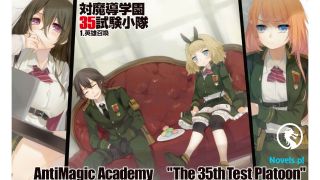 sideline. They ordered their subordinates to retreat as the Warlord Guild's

people tried to escape from the battleeld. The two shadows kept chasing them

as the arrow never stopped either. The tide of the battle turned to their victory

as it had become a one-sided massacre.

Hoon. They were ordered to step back from the battle before the slaughter

pushed the Warlord Guild back. This was not a battle anymore, but a slaughter

eld. Even the Warlord Guild's Vice Leader could not do anything before his

neck was slit open by the shadow.

"What is this, Boss?" Cha Hyuk or people call him the number ve of the Legion

Guild, asked Park Nam Hoon for an explanation. Not knowing what helped

them was also scary for him, so he wanted to know what happened. Song Shi

Eun and the other three looked at Park Nam Hoon, waiting for the explanation.

"What else? They are the reinforcements from the Tang Empire. Your Majesty

Emperor has arrived as he promised us in the arena," Park Nam Hoon smiled

wryly. While he was relieved that the Warlord Guild was slaughtered, it did not

strength. Three individuals were much stronger than a whole guild's force.

That gave him relief but also a warning at the same time, he should never get

on the Tang Empire's bad side.

this extent. They had the same thoughts as Park Nam Hoon, comparing their

guild's strength to the three individuals. The dragon was not even here to help.

Cha Hyuk turned his head and looked to the top of the wall, searching for the

individual who red the arrows. He found an exceptional beauty with long ears,

shooting the arrows as if she was in a practice range. There was no

exaggeration in her movement, pulling three arrows from the quiver and

shooting it at once, killing three people at the same time. And before, he was

thinking of hitting the elf girl in the arena during the Earth Tournament. Those

The slaughter was over when all the Warlord Guild's people were killed. All the

corpses scattered around the road, some of the bodies lost their heads, some of

them lost half of their bodies, and the remaining bodies had an arrow in their

foreheads. As the battle was over, the two shadows returned to the wall. One

was a creature similar to a cat, and the other one was a bunny girl.

"Don't stare at them too much; you guys may displease them," Park Nam Hoon

reminded his friends. "Let's greet Your Majesty Emperor and remember the

formality. He is our Emperor, and we are his subject now. Watch your manners

in front of Your Majesty."

If it was before, Cha Hyuk would make fun of his guild leader for that. Emperor

and Your Majesty were things from the ancient time; who would use those titles

in this time? But he must think thrice to joke around like that. His life and his

The eight people knelt in front of Tang Shaoyang and greeted him respectfully.

They did not forget to thank Tang Shaoyang for coming, hailing praise for their

"Skip the formality for now. Let's focus on the four guilds and get rid of the

threat rst. I can't stay too long because I have to visit the next regions," Tang

Shaoyang waved his hand and told them to get up.

"Yes, Your Majesty," The eight people stood up, and Park Nam Hoon spoke up

as he was the Legion Guild's leader, "Only two guilds attacked our territory,

and we are not sure of the Giant Guild and the Black Knight Guild. Their

territories are quite far from Seoul, and I think we are safe for now. But my

people will patrol the border, so the two guilds can't sneak into Seoul."

"I think you don't need to worry about the Giant Guild anymore. They had

killed them all when we rst arrived, so let's focus on the Black Knight Guild,"

force. "Since we have taken care of the three guilds, we can narrow it down

territory? You can focus in that direction instead of spreading your force. Of

course, you still need two or three patrol teams in other areas as well, just in

case they come from somewhere else."

"This is bad! We have to return immediately, Park Nam Hoon!" Park Jin Sang

immediately remembered what Chup Seung-Gi told him during the ght. The

other sides of their territory. If that was the case, there was a big chance the

base. He told Park Nam Hoon what Chup Seung-Gi told him.

"Leave the injured here and bring the people who can still ght with us!" Park

Nam Hoon sent his order. He only left one team in the smart base to keep the

base in order, and that one team comprised forty people. If the Black Knight

Guild sneaked into Seoul and headed toward the base, it would be just another

slaughter. In this regard, it was his people who would get slaughtered by the

"If that's the case, then let them come to your smart base. It's much more

city. I left my people in your smart base, so your people should be ne even if

the Black Knight Guild comes to your smart base," Tang Shaoyang assured Park

The eight people exchanged looks, but deep inside, they were relieved that the

Tang Empire's people safeguarded their smart base. After a little hesitation,

Park Nam Hoon braced himself to ask, "May we know how many people you

"Two," Tang Shaoyang replied at ease, and there was a reason for him to be

easy. The two people in the Legion Guild's smart base were Zaneos the Void

Sword and Bronson the Executioner. Both were Grade SS Spirit, so the smart

base was extremely safe under their watch.

Song Shi Eun was about to say something. She opened her mouth, but no words

came out as she recalled what had just happened. The three individuals that

managed to wipe out the Warlord Guild's force, so those two people should be

weaker compared to the Warlord Guild. The eight people did not say anything

since Tang Shaoyang said so.

"It seems you guys missed a few preys," Tang Shaoyang furrowed his brow and

turned toward the battleeld once more. Those words were directed to Sylvia,

Aleesa, and Greed. "It's rare for you guys to make mistakes like this. Especially

those few people are weaker than you guys." His eyes locked into the three-

story building. He saw ve people inside the building through his Spirit Eyes.

"Mnnn…" Tang Shaoyang nodded his head. "I think I understand why you

guys miss them. They can hide their presence quite well." He then pointed at

the building and added, "There are ve people inside that building."

Everyone followed Tang Shaoyang's index nger. They did not have Spirit Eyes

or use a detection skill, so they did not nd the ve people. Rosalie, who did not

participate in the battle, spread her Mana Sense, and she sensed the ve people

in the building. "Yes, there are indeed ve people on the upper oor of that

With Rosalie's armation, Aleesa took out her bow from her inventory. She

pulled the bowstring as mana condensed, forming an arrow. That was not just a

normal arrow, but a mana arrow. She aimed for the upper oor of the building

and shot the arrow.

The strong gust hit everyone's face as the arrow sped up toward the building.

Sure enough, ve people broke out from the upper oor window to escape from

the arrow. As the mana arrow hit the building, the arrow exploded, bringing

down the whole building.

"You nally come out, little mouses," Aleesa pulled her bow once more as ve

arrow was to force the ve people to escape from the building. With the ve

targets in her sight, it would be easy for her to hit them all.

At this moment, one individual broke out from the group and rushed toward

them. Tang Shaoyang was surprised by this individual's movement as it was

similar to Lu An's shadow movement. "STOP THE ATTACK! WE ARE NOT YOUR

ENEMY!" The female voice resounded in the air with desperation in it.

"She is the Shadow Queen!" Park Nam Hoon blurted and raised his hand.

"Please stop your attack, Lady Aleesa. She is not part of the Warlord Guild and

also not from the other three guilds. She is the Shadow Queen from Haven."