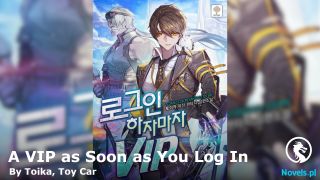 After sending Yu and Aerelion back to the main base, Tang Shaoyang went to the west side of Seoul. The real battlefield between the Legion Guild against the four guilds was in the west. The Warlord Guild and the Shade Guild worked together, attacking the Legion Guild from the west.

Mo Joon drove the car, and In Youngsoo also followed them. Even though In Youngsoo was not as strong as the elite of the Legion Guild's force, he was above level 300. Because Tang Shaoyang went to the battlefield, he decided to follow. It was forty minutes by car before they got closer to the battlefield. Even if they were in the car, they could feel the ground vibrating.

After another two minutes of driving, they arrived at the Legion Guild's post. From the car, Tang Shaoyang could see people were carrying the injured into the building. Some of them lost their hand or leg, and some of them were covered in blood. Mo Joon stopped the car. "You can stay in our post with Sir In Youngsoo, Sir. I will find the Guild Leader and the Vice Guild Leaders."

Since Tang Shaoyang had In Youngsoo, he let Mo Joon and his subordinates move as they pleased. Mo Joon approached someone in the front of the building before running forward to the west. Tang Shaoyang, Sylvia, and Aleesa came down from the car. Despite their weird composition, the beastmen and an Elven, no one looked at them.

"Where are you going, Your Majesty? We should wait for Guild Leader Park here. This post is safer…" In Youngsoo closed his mouth before he completed his words. There was something wrong with his words.

"You can stay here if you want. Find someone brave enough to guide…" Tang Shaoyang did not finish his words and looked away from In Youngsoo. He was already on the battlefield, so he no longer needed a guide. He came here to end this meaningless battle and continue his journey to Japan to meet the Taukai Family and the Tachibana Clan.

Tang Shaoyang ignored In Youngsoo and followed Mo Joon's direction. Without In Youngsoo following him, he moved faster and arrived at the battlefield in the next minute. As soon as he arrived there, there were five big fireballs in the sky, falling into the twelve meters tall walls.

"Incoming attack! Mage! Hold up the barrier!" The roaring commanding voice resounded in the air. "Guard! Get ready for your Shield Barrier!"

Tang Shaoyang looked at the source of the voice. He found a familiar face on the top of the wall, wearing plate armor without a helmet. Park Nam Hoon's face was covered in dirt and sweat, but he still had the vigor to continue the fight.

"The barrier is not strong enough to block the fireballs," Aleesa voiced her concern when she noticed the defensive measure might not be enough to negate the attack. "Should I…" Before Aleesa finished her words, a woman with long-wavy red hair appeared in front of her. She did not know her husband's ability yet, but she was well aware that her husband could summon anything; beastmen, demons, humans, and a beast to fight for him. However, she was still unclear about his true ability.

"Finally, my chance to shine," Rosalie let out a chuckle as her figure disappeared in the next second. She appeared again above the barrier with her red hair fluttered as she faced the five big fireballs. The Flame Empress then raised her slender right hand and directed toward the incoming fireballs. When the fireballs were a meter away from her, all five fireballs vanished. "Tch, this is too weak for me to have fun." She muttered in a low voice.

"Get away from there, Lady!" Park Nam Hoon shouted when he noticed a woman appeared above the barrier. He did not know the woman's identity, but the fireballs were dangerous. It was too dangerous for the lady to stay there, but the red-haired woman did not heed his words. He could not save her even if he wanted to as it was too late. However, the unexpected happened as he witnessed the five fireballs vanish before reaching the red-haired man.

"Huh!?" Park Nam Hoon was stunned when the fireball disappeared. He had seen the fireball destroy the wall on the other side as the barrier formed by thirty mages was not enough to block the fireballs. He planned to reduce the force of the fireball with the mage's barrier and the Guard's Shield Barrier before he stopped the fireballs by himself.

That was the plan, but a mysterious woman appeared and made the fireballs disappear. He was pretty sure it was the red-haired woman who stopped the fireballs. "Who is she?" Park Nam Hoon blurted out subconsciously. Then an image reappeared in his mind; it was his opponent from the Earth Tournament. The red-haired woman with the power of fire, the Fire Witch of the Tang Empire. "Is it Liang Suyin?" His face brightened in that instant.

"Wrong. She is not Liang Suyin." Then Park Nam Hoon heard a familiar-sounding voice from his back. He turned his head; his eyes widened as a smile emerged on his face. He almost hugged the man that suddenly appeared behind him, but he quickly realized his status. Instead of hugging the man, Park Nam Hoon came down on his knees and greeted the man. "Park Nam Hoon greets Your Majesty Emperor."

It was a bit awkward when that greeting came from Park Nam Hoon. He did not dare to use Tang Shaoyang's name as he was afraid that it would make him rude to address the Emperor with the full name.

"Mnnn," Tang Shaoyang nodded his head before introducing his spirit to Park Nam Hoon. "Her name is Rosalie, and I will say she is stronger than Liang Suyin, so be careful not to offend her." He was meant to joke around to ease the atmosphere, but Park Nam Hoon took it to his heart.

'What am I doing?' Tang Shaoyang shook his head. "Anyway, let me introduce you to my wives. This is Sylvia from Moonlight Rabbit Tribe, and she is Aleesa from the Elven Kingdom. Treat them as you treat me."

"Alright, enough with the formality." Tang Shaoyang waved his hand at Park Nam Hoon. "Get up."

Park Nam Hoon got up and looked at three ladies briefly before lowering his gaze, retreating to Tang Shaoyang's back.

Tang Shaoyang walked closer to the edge of the wall and scanned the battlefield. There were at least a thousand people hiding inside the buildings, and a few of them were on the rooftop building and houses. "So, the people outside this wall are our enemy, right?"

"Yes, Your Majesty. They are the people from The Shade Guild. Yoo Kwang Sung and Yu Jin Sang are leading part of the Legion Guild's force to fight against the Warlord Guild. They are…" Park Nam Hoon was about to tell Tang Shaoyang the enemy's identity, but Tang Shaoyang stopped him.

"I already heard it from your Council Member, In Youngsoo." Tang Shaoyang turned around and asked Park Nam Hoon once more. "Are there your people outside the wall?"

Park Nam Hoon did not know why Tang Shaoyang asked, but he responded by shaking his head. "No, Your Majesty. I have pulled all my people to defend the wall."

"You can do whatever you want, Rosalie. They are all enemies…" Tang Shaoyang gave the green light to Rosalie, who was waiting for his command.