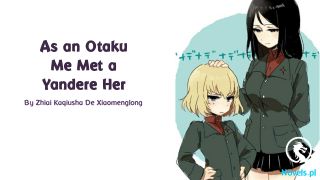 Mo Joon was uneasy with the situation outside as he could not think how two people could win against over two hundred people. He answered Tang Shaoyang's questions one by one as they headed toward the wall. By the time he and Tang Shaoyang reached the top wall, he stopped answering Tang Shaoyang as he rooted on the spot. He was frozen as he could not believe that he could not see the people from the Giant Guild anymore.

Mo Joon felt a breeze on his cheek and looked to the side. The woman with bunny ears returned to the unknown man's side with two shorts in her hand. He could still see that the blood was still dripping down from the swords. As for the woman with long ears, she was staying on the wall, shooting the people from the Giant Guild from afar. He could hear the faint scream from the other side each time she shot the arrow. He opened his mouth, wanting to say something, but no words came out of it.

"What are you doing? Why are you dozing off like that?" Tang Shaoyang waved his right hand at Mo Joon's face. "As a leader, you should check on your subordinates after the battle is over, no? Is there casualty or injured? You need to treat them quickly if there's injured. Stop dozing off and move your ass."

"A-a-a-ah, y-ye-yes, S-Sir." Mo Joon snapped out from his shock, but he stammered while replying to Tang Shaoyang. He felt like his heart almost jumped out of his chest as he realized that he and his team had just avoided death for sure. If he remained defiant and challenged the man, it was him, and his team would die instead of the people from the Giant Guild. He bowed toward Tang Shaoyang and the two ladies before scurrying off toward his subordinates, checking on them.

I wenty minutes later, Mo Joon returned to Tang Shaoyang's side with a panicky expression. "Do you want to meet my Guild Leader, right Sir? You can follow us to our base, and we need to hurry because seven of my subordinates got hit by poisonous arrows. We need to hurry back to the base to get the antidote."

Mo Joon's face brightened as he gladly led Tang Shaoyang and the two ladies to his seven subordinates. There were fifty people in the Patrol Team, and they might get wiped out if not for Tang Shaoyang's help. These people maintained their distance from Tang Shaoyang, Sylvia, and Aleesa, but they respected the three. Despite the beauty in front of them, no one dared to look at Aleesa. Not after she embedded each of her arrows to the people of the Giant Guild.

Yu immediately checked on the one that had turned purple. Ten seconds after checking the man's condition, The Ancient Alchemist looked toward his master and shook his head. "I have stopped the poison from spreading, but these two can't be saved." After saying that, he immediately came over to the remaining five people. "Help me undress the other four people. We need to act fast before the poison enters their hearts!"

Mo Joon wanted to ask why the long-haired man could not save his two men, but he knew this was not the right time for that. He needed to save the other five first. He motioned his other subordinates to undress the other four men as Yu's finger hit a certain spot on their bodies. It took a minute for each person, so Yu was done in five minutes. The Ancient Alchemist took a deep breath and reported to his Master. "They will be fine for five to seven hours, but I still need to concoct an antidote to save them. Or you can give them a general antidote that will help stop the poison from spreading for a few days. However, the general antidote can't repel the poison."

Tang Shaoyang nodded his head. "I don't bring any antidote with me, but we can buy them at General Shop in the smart base. We have to return to the smart base and buy the antidote for them. Get them into the car…" He paused for a moment. "How far is your smart base? Can we make it to your smart base within five hours?"

"Yes," Mo Joon nodded his head. "It should be half an hour by car." He looked at the two people that had turned purple. He hesitated for a while before ordering his subordinates to bring them into his car.

When Mo Joon got into his car, he was surprised to see Tang Shaoyang. He thought the man would follow them by flying with the giant monster. He looked around, but he could not find the monster. "Huh!?" He wanted to ask where the monster was, but he decided not to.

Mo Joon drove the car as Tang Shaoyang sat next to him with Yu, Sylvia, and Aleesa in the middle seat. Mo Joon's car was a pickup car, and the two poisoned people were in the back with another two members of his patrol team. A minute after he started the engine, Mo Joon braced himself and asked. "May I know why my two subordinates can't be saved, Sir?"

Tang Shaoyang motioned to Yu to explain, and the long-haired alchemist answered tonelessly. "The poison not just has spread to their organs, but also their brains. I have stopped the poison from killing them, and I can make the antidote for them. However, saving them may torture them in the future. I can't cure the damaged brain, so yeah, even if I repel the poison, the damage can't be healed. If I have to say it bluntly, they will be an idiot for the rest of their lives."

Mo Joon was silenced by Yu's answer. He could not say anything for a while. "Then what should I do with them, Sir? Don't you really have any way to cure them completely?"

"I don't know where your enemies got the poison from, but the poison is so lethal. Even if I can cure the five people, their organs will remain damaged because of the poison, and there's no cure for that, at least, not within my knowledge." Yu shook his head as his voice remained toneless. "If you want my advice. I have one for you; it's better for you to end their misery right now unless you want to be responsible for taking care of those two because they will become like a baby in an adult body."

Mo Joon could not get angry with Yu's advice even though the alchemist told him to kill his subordinates. He understood the point; even if his two subordinates were cured, it was just the start of their misery. He stayed silent for another five minutes. "I will consult this with the Guild Leader later."

"What about the Priest or Healer? Can they heal them after you repel the poison?" Tang Shaoyang suddenly interjected. That question was directed to his spirit. He had Arina the Priest who could heal with Divine Power, Selena with his rare healer class, and Kang Xue who could heal with her Light Elemental Power.

"I have no knowledge about that, Master, but we can try that. I will cure them with my antidote, then have Priest or Healer to heal them." Yu did not think about the healer before, and now his Master reminded him of their existence… It was worth giving it a shot.