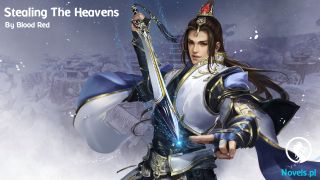 Three hours quickly passed, and all the people started to return to their own booth. Even the Tang Empire's booth crowded by the small factions was back to normal now. The semi-final was starting as the System announced it. The four factions appeared again on the screen, and those four names were golden; The Tang Empire, The World Union, The Revolution Kingdom, and the First Order Guild.

[The semi-final of the Earth Tournament is starting!]

The screen flashed once more as three names repeatedly changed. This draw would decide the First Order Guild's opponent and also the second match of the semi-final. The giant screen stopped flashing as a name appeared on it, The Tang Empire.

"What a letdown," Herman Bonivido let out a sigh as soon as the Tang Empire's name came up. He still remembered what Tang Shaoyang told him before when he tried to persuade the Tang Empire to vote not to disable the killing rule. The Tang Empire would not just weaken the World Government, but all major factions, including the First Order Guild. That meant his guild was on the target list as well.

As a Guild Leader, he wanted to try to fight the Tang Empire, but not with his people's lives on it. He would rather give up the tournament than lose his people in this tournament. Herman was about to stand up, but his Vice Leader, Frans, stopped him from standing up.

"Let me do it, Sir." Frans smiled at Herman and took three steps forward. "The First Order Guild surrenders from the semi-final!"

That coward remark snapped Frans, and with his good hearing, he could find who yelled at him. He looked at the small faction's booth, where the shout came from. "Hoho, someone has a big mouth here. So what if we are cowards? Does it matter to you? What's your faction name? If you are not a coward, please let us know your faction's name."

Of course, the small faction's leader immediately sat down and pretended not to notice Frans' gaze. He was not going to tell his faction's name because they would be targeted by the First Order Guild, a major faction that still retained its full strength.

As the First Order Guild surrendered from the tournament, the Tang Empire advanced to the final of the Earth Tournament. The System was not affected even though the First Order Guild surrendered from the match. It proceeded to the second match between the World Union and the Revolution Kingdom. It was a fierce battle between the two factions. It seemed both factions were determined to advance to the final as the fighters sacrificed themselves to continue fighting even after getting exhausted from the previous round.

Just like that, the second day of the Playoff Stage was over with The Tang Empire, and The Revolution Kingdom came up as finalists, then the First Order Guild would fight the World Union to fight for the third place. It was just unfortunate that the System only rewarded the winner. In other words, only the top three got the reward.

It was unfair for the factions who fought hard on the group stage. Especially for the Belem Guild, the small guild, who lost their two members to get into the Playoff Stage. They were not rewarded for that, which was suck for them.

All factions returned to the arena once more, with a few exceptions. The Suzhou Survivor Establishment, the New Nation, and a few small factions did not come for the last day of the tournament. Even without their presence, the arena was still packed with people.

There was a countdown on the screen, the count down until the third-place match. The last day would be started with the match between the World Union against the First Order Guild. It was a hyped match before the final, for sure.

But that was the result, they won the match. Herman Bonivido was defeated by Hines Myers in the last round of the last man standing. Despite their loss, the spectators clapped and cheered at the end of it. It was an appreciation for both sides.

Six hours of the battle for the third-place match, and now they had to wait for half an hour for the final. The System did not immediately start the final after the third-place fight was over. The half an hour countdown appeared on the screen, and the Tang Empire and the Revolution Kingdom's Booth became the center of attention. The Empire vs. The Kingdom was something the spectators awaited, and this might show the strongest faction on Earth.

"Why doesn't the System start the fight right after? This is wasting our time," Tang Shaoyang complained as he looked at the countdown that seemed too slow. He just wanted to get the reward and proceeded with the Earth Dimensional Tower. After watching all the fights, he was confident of winning the Earth Tournament.

"Then why don't you come with me and meet the Belem Guild instead?" Zhang Mengyao and Kang Xue came over. They wanted to ask Tang Shaoyang to meet the Belem Guild, considerably the strongest among the small factions. "They come to us and want to meet you."

Tang Shaoyang looked up and asked, "Why me? You know, I am not good with that kind of thing, right? I may mess up if you get me to meet them."

Kang Xue shrugged. "It's their wish to meet you, and since we still have twenty-five minutes, might as well meet them."

"Is the Belem Guild that defeated the Amazon Guild in the group stage?" The Belem Guild left quite a deep impression on Tang Shaoyang. The small faction that managed to defeat the Major Faction. Kang Xue and Zhang Mengyao responded with a nod.

Christian's face looked pensive as soon as he heard the question. He took a deep breath and nodded. "We have heard the terms about the vassals, but we never heard the benefit of joining the Tang Empire. That's what we want to know, and we want to know that directly from you, Sir Tang."

Christian let out a sigh. "After we defeated the Amazon Guild and killed two of their members, you should already know that we will become the World Government's target. We still have an advantage that they don't know our location yet, but it will be dire for us once the World Government finds our location. So, security for our people, that's the reason why we want to join the Tang Empire. You are the strongest faction so far, so we want your protection. However, we want to know the treatment for our people, including the people who could not fight like us."

"I see," Tang Shaoyang nodded his head and looked at the two girls. "Do you bring the contract?" Kang Xue immediately understood what contract Tang Shaoyang talked about. She nodded his head and took out a scroll, and handed it to him. "This is the contract if you want to join the Tang Empire. All my people sign the same contract, whether you can fight or not. We will continue the talk if you agree with this basic contract."

Christian and the other two received the contract and read it carefully. The contract did not tie them deeply, but it bound them to the Tang Empire. The contract was basically telling them to follow the Empire's regulations and similar stuff. There was also tax; they had to pay a certain amount of coin to stay in the Tang Empire's territories. The consequence of breaking the contract, of course, was not the death penalty, as everything followed the regulation.

"I think this is a fair contract, but I don't understand the tax part. Since not all people can fight like us, it will be hard for those people to earn coins to pay the tax. Can you give them remission?" Christian found the contract was fair. If you want to live in the Tang Empire's territories and gain their protection, they have to follow their regulation. But he could not agree with the tax system that would burden the people who could not fight. One had to kill zombies to earn the Game Coins.

Tang Shaoyang motioned Zhang Mengyao and Kang Xue to tell Christian about that issue, the situation and condition in their territory, and about the jobs… The discussion continued as the three guests listened to the explanation attentively.