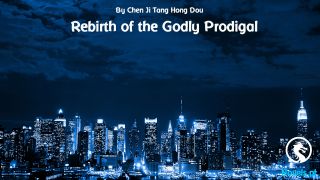 "What should we do now, Sir Herman?" Frans did not focus on the fight on the stage. His mind was on the Tang Empire instead of the current match. "Should we get closer to them?" The Dragon's show was enough to deter the man into submission. "With that Dragon, the Tang Empire has access to all regions. It will be just a matter of time until they will extend their hands on our region."

"You are overestimating the Tang Empire, Frans." Herman Bonivido did not agree with his Vice Guild Leader and shook his head. "The world is so big, and we will have the Earth Dimensional Tower too. At least, they need five years before thinking of expanding their influence into our region. By that time, we should be strong enough to speak with the Tang Empire in an equal position. If we come and speak to them now, they will just tell us to be their subordinates like those small factions. We don't want that; we want an equal footing alliance."

The match between the World Union and the Uprising Guild was quite thrilling. The match lasted three and half an hour before the World Union came on top. They sent three fighters and managed to win against the Uprising Guild's five fighters. Since it was a battle between Epic Ranks, the fighter managed to surrender before they got killed, so there was no casualty from both sides.

This was just another proof that the fighters from the Tang Empire were just abnormal as they managed to kill the Epic Ranks without giving them a chance to surrender. It was followed by the third match of the day Blue Vest against the Revolution Kingdom. Blue Vest and the Revolution Kingdom were equal in terms of strength as they had to send all their five fighters before a victor could emerge. The Revolution Kingdom's king clutched it for the kingdom, becoming the third faction advanced to the semi-final after an hour-long battle against Blue Vest's leader.

The fall of Blue Vest left the World Union alone, the only faction from the World Government in the Earth Tournament. It was just another proof that the five major factions in the World Government were not the strongest ones amongst the eleven major factions. With The Revolution Kingdom advanced to the semi-final, leaving the First Order Guild and The Polar Guild, the last match in the quarter-final of the Earth Tournament.

The first match took less than ten minutes, the second match took three and half hours, the third match took four hours, and the fourth match lasted for three hours as the First Order Guild came on top of the Polar Guild. They won convincingly as their fighters swiftly beat the Polar Guild's fighters. The First Order Guild sent four fighters to secure the win, but they lost mostly because they surrendered after winning the fight. Of course, they surrendered because they were exhausted after the close battle, something that could be easily understood by the spectators.

The quarter-final of the Earth Tournament was over in less than twelve hours, with four names coming on top, the Tang Empire, the World Union, The Revolution Kingdom, and the First Order Guild. Those golden names were shown on the giant screen, the four strongest factions on Earth.

[Since the quarter-final is finished quite earlier, we will proceed to the semi-final! The semi-finalists will be given three hours to rest, so use the time wisely!]

"Why don't you try to speak with the small factions if you are that idle?" Zhang Mengyao pointed to the spectator seats where it was being overwhelmed by the representatives from the small factions. "If you speak to them, they may see our empire in a better light."

"I don't need them to see my Empire in a better light," Tang Shaoyang shrugged. "Why would I do something unnecessary? Also, we don't need that many vassals, do we? We just at least need one or two factions from the same region,"

"Don't worry about it. Li Shuang should know more about something like that than us, so let's trust her instead." Zhang Mengyao stood up from her seat and walked to the spectator seats. "I will help them."

"Alright, then I will take a quick nap here." Tang Shaoyang was about to close his eyes when he heard Liang Suyin's voice. "You can use my lap if you want to sleep, Your Majesty."

"Huu, you come at the right time." Tang Shaoyang did not hesitate to fall over to the side and had his head rested on her lap. He immediately closed his eyes and enjoyed the treatment.

"Damn! Only that monster can be that leisurely." Captain Calleb of the First Order Guild cursed under his breath as he watched Tang Shaoyang sleep on the beauty's lap. "Here, we are looking for something that can make us recover faster."

"Stop doing the unnecessary, Calleb." Someone slapped the back of his head and sat next to him. "How's your wound?" Despite their swift victory against the Polar Guild, their main fighter suffered a serious injury to the stomach.

"It's still bleeding, Vice Leader Kenneth." Calleb scratched his hair and looked toward the man in his mid-forties with a silly smile. "But it will be fine in three hours. I just need to recover my mana, and I can fight again."

Kenneth slapped his head once more. "It's not for you to decide. If only you listen to the Guild Leader's order and let me fight, you don't have to suffer like this. Stupid." He took out the high-grade healing potion from his inventory and tossed it to Calleb. "Drink it if you want to fight in the semi-final."

Calleb's eyes went wide when he saw the information about the potion. He handed it back to his Vice Leader while shaking his head repeatedly. "No, can do. You can't waste this potion on me, Vice Leader. You have to save it for yourself. What if we met the Tang Empire in the semi-final? You will need that if we fight them. Just give me the normal potion, and the wound will heal in three hours."

Vice Leader Kenneth slapped Calleb's head once more. "If we meet the Tang Empire, then we will surrender and save our energy for the third place instead. Don't be silly; we can't win against the Tang Empire unless you can beat the Dragon?"

"We can't give up without fighting, Vice Leader Kenneth!" As soon as those words came out from Calleb's mouth, he was rewarded with another slap. This time, Vice Leader Kenneth's voice became colder. "We are talking about the Tang Empire, Calleb! You may die before you can surrender. Haven't you witnessed it enough to understand that? It's bitter to admit, but the Tang Empire is far above us now. Drink the potion and focus on healing your wound. The System only rewards the winner, not the brave one!" After saying that, Vice Leader Kenneth left the young man… "Also, you are our ace; we can't afford to lose you in this tournament, Calleb."