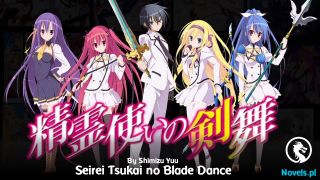 The black fire did not last long in the arena as it dispersed within a minute. The whole stage almost disappeared, leaving a small area where Tang Shaoyang was standing. The Infernal Wyvern stood right behind Tang Shaoyang, giving off an imposing aura.

Tang Shaoyang did not immediately return to the booth. He stood on the stage for a while without recalling Aerelion. He showed Aerelion to the factions agreed to be his vassals, especially toward the Legion Guild. It was his promise to them yesterday, and he showed them how they would visit the Legion Guild.

After a while, he recalled Aerelion and stepped into the portal gate. As soon as he returned to the seat, a golden streak jumped into him, and he heard a childish voice grumbling in his ear. "Why don't you use me instead? It's kinda boring here."

It was Wrath's voice in his ear as the golden lizard nestled on his left shoulder. The Golden Dragon watched his Master summon Aerelion, and he wanted to join the fight too.

"Oh, you are here." Tang Shaoyang was surprised to see Wrath here. Ever since Wrath and Greed arrived on Earth, they had been going around. He had asked them what they were doing, and both had the same answer. They were looking for the right place to be their nest, their own territories. "I don't think you are allowed to fight in the stead of me."

Wrath hummed and closed his eyes, sleeping on his shoulder like usual as he focused back on the giant screen as the System continued drawing for the next fight. There were only six factions left, and three would advance to the semi-final. The Uprising Guild, The World Union, The First Order Guild, the Blue Vest, The Polar Guild, and the Revolution Kingdom.

The first name that came up on the screen was The World Union, and the opponent was The Uprising Guild. Both are pretty much unbeatable, and it was just another hyped match between two major factions after the anti-climatic end between the Tang Empire and Saint Guild.

"I think we will get busy for a while," Zhang Mengyao whispered to Tang Shaoyang as she nudged him in the waist. She pointed to the right, where a group of four foreigners came toward their booth. "I think they want to be our vassal. I notice that a lot of small factions are visiting the Taukai Family and the Tachibana Clan's booths."

"This is part of our plan, no? We will show them who's the strongest, then the small factions will join us by then. But remember we have put up some standards. We can't just accept everyone to be our vassal. We have today and tomorrow to choose our vassals, so we have to take our time." Tang Shaoyang then looked to the other side. Another group came to their booth.

"Fortunately, I brought Li Shuang's people. We will let them receive these people, and I will look into their information by myself." Zhang Mengyao nodded as she motioned to her people in the spectator seats. They wore formal suits and long pants for the men, and the girl wore skirts. They came here not to watch the fight, but they watched the fight for their entertainment. They finally got to see their own superiors fight on the stage, and they were proud of their faction.

"We will be sending our strongest people to wipe out the Uprising Guild." Hines Myers sent his order. "We have to show the others that the World Government is still an alliance they must fear and join!" He planned to conserve his people for the semi-final, but he changed his mind upon seeing the reaction of the small factions. "What about the Great Wall? Have they got any information from the Suzhou Survivor Establishment? We have to speed up our plan and eradicate this Tang Empire. They are too dangerous if we let them be."

"I just contacted the leader of the Great Wall, and there's still no news from the Suzhou Survivor Establishment." The Vice Guild Leader Matthew reported. He knew of Hines Myer's temper, so he contacted the Great Wall alliance once Saint Guild was defeated by the Tang Empire. "They said the fastest will be tonight or tomorrow. But it would take two or three days for the Suzhou Survivor Establishment to reach the closest establishment."

"Contact the other major factions…" Hines Myers paused for a moment as he thought of something. "Inform Saint Guild to quickly appoint the new Guild Leader… We will hold an emergency meeting. We need to finish off the Tang Empire as quickly as possible!"