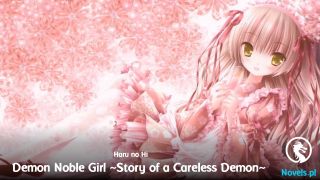 Once more, the whole arena fell into a deep silence because The Tang Empire's fighter just killed someone who used Bloodline Transformation without using one. What shocked everyone even more was that Wei Xi killed Cathy five seconds into the battle or even less than that. The spectators hoped for an entertaining or fierce battle because both were major factions, but they should realize who was stronger with just two matches.

"What is this? Are they telling us that the Tang Empire is much stronger than Saint Guild? What's the meaning of this?" Vice Guild Leader of the First Order Guild, Frans, blurted out unconsciously. It was fortunate that Herman turned on the barrier, so no one aside from their guild members heard Frans.

"It's better for us not to know, but I have a gist of what they are doing." Herman looked at the Tang Empire's booth fearfully. He had an idea why the Tang Empire's representative surrendered after killing their opponent. However, he just never thought they would use such a method.

"Can you tell me, Sir?" Arron, the second Vice Guild Leader of the First Order Guild, asked Herman. Arron was much younger than Frans and Herman, in his late twenties, but he obtained the position through his strength. He was the second strongest after Herman in the First Order Guild. "No matter how hard I think about it, I can't just understand their actions. Are they reserving their power for the semi-final? However, they just give hope to Saint Guild to enter the semi-final by doing this. Now, each faction has three fighters left. If Zhao Zhong did not surrender, they still might have five fighters. This is not a point system, but the Last Man Standing form. The Tang Empire just lost two people by doing that."

Herman remembered Tang Shaoyang's words when he came to the Tang Empire booth for the rule voting. He remembered that Tang Shaoyang said he would kill all the opponents he met in the Earth Tournament. That man wanted to weaken all factions by killing the main fighters from each faction, and it included the First Order Guild.

Sure enough, Saint Guild sent their third fighter to fight even after losing their first two fighters. This time, the Vice Leader of Saint Guild would fight in the third round. His opponent was Zhang Mengyao. She was still wearing the Fallen Set from the hospital mini-game with no helmet, the tier C equipment. She did not change her equipment for a better one because this was a gift from Tang Shaoyang.

With a shield on her left hand and a lance on her right hand, Zhang Mengyao did not underestimate her enemy as she came with full gear. Meanwhile, her enemy had a similar great sword like Zhao Zhong. 'So, my enemy is Berserker. A class with a high power attack, but less in defense.' She thought to herself.

Meanwhile, The Vice Leader of Saint Guild, Jason, learned his lesson from his two dying members. After the two previous fights, he was aware that his enemy might be stronger than him. He made a plan for this fight, and that plan was to play safe. Even though his class was Berserker, a class with high attack power, he would not take the initiative to attack his enemy. He would slowly test it out to find how strong his opponent was. If he had a chance to win, he would take the bed, but if his enemy was out of his reach, he would surrender.

Zhang Mengyao raised her shield and lance when the System started the third round. She thought her opponent would jump on her since her enemy was Berserker, but instead of jumping toward her, Jason leaped backward, creating more distance from her. "Huh!?" The confusion was apparent on her face, but she understood why Jason did that.

"Hmmmm…" Zhang Mengyao considered chasing after Jason, but she decided not to. She lowered her shield and lance, standing there and looking at Jason from afar. She had no intention of attacking him and said flatly. "You can surrender if you have no intention to fight me." From the outside, she looked like someone with no intention to mock or provoke Jason. However, it was her plan to provoke her enemy. She made a gamble, hoping it would provoke Jason. It was a fifty-fifty gamble as Jason could surrender right now, and she would not be able to kill him.

Jason fell into deep silence and stared at Zhang Mengyao. Even though his opponent was not on her guard, he was still on high alert, just in case, his opponent would launch a surprise attack. He kept waiting as the fight turned into a staring contest. 'Sh*t, why don't you come and attack me already.'

The staring contest lasted for a minute before Jason gave up. He looked toward Saint Guild's booth and shook his head. He was telling his guild leader that he had given up. Yes, Jason did not dare to take the gamble and fight Zhang Mengyao. To his surprise, all his guild members stood up from their seats and pointed their fingers at him. He thought they were gesturing and mocking him, telling him to fight. However, he soon realized something amiss because his guild members looked in panic, not angry or disappointed with his method.

Jason looked forward, and Zhang Mengyao was still thirty meters away from him, in the same spot, staring at him. He did not understand why his guild members were panicking. In the next, his eyes widened in shock as he felt an acute pain on his back to his chest. The lance pierced through his chest, and it was the same lance that his opponent had. "What? What happened?" He still saw that Zhang Mengyao was thirty meters away from him.

"I don't think an Epic Rank will easily fall to my illusion trick." He heard a familiar voice from the back before he blacked out… That was the last moment in his life, dying without knowing how he died.