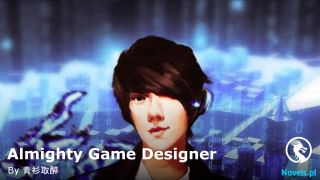 Of course, Tang Shaoyang and Zhang Mengyao did not immediately accept the Legion Guild despite their willingness to join the Tang Empire as a vassal. They listened to their reasons why they sought the Tang Empire's protection. There were three factions in total in South Korea, and two of them joined the World Government. To make it worse, the only faction from North Korea also joined the World Government.

"I see," Tang Shaoyang nodded his head and motioned to Li Shuang to come over. "Hand them the vassal contract and let them read it." Li Shuang nodded and took out a scroll. "That's the contract, and you have to sign it if you want to become the Empire's vassal. On top of that, you have to take an Oath Ceremony. It's a skill of my priest, and it works the same as the System Contract too. So you have to agree to double contracts if The Legion Guild wants the Empire's protection."

Park Nam Hoon looked toward Yu Jin Sung, and the latter looked toward his Guild Leader too. This was the first time they heard that the System Contract could be broken. He looked toward Tang Shaoyang to make sure the latter did not lie to coerce him into taking the Oath Ceremony. However, he could not read the man's expression whether he was lying or not.

"The System Contract and the Oath Ceremony are just an assurance, but we build our relationship based on trust. If you don't trust the Empire, then I advise you not to ever come to us and ask for our protection. What's the point of seeking our protection if you don't trust us?" Tang Shaoyang shook his head and pointed out of his booth. "You can leave anytime."

Park Nam Hoon's hand clenched, and the scroll crumpled under his grasp. He could not make the decision right away, but he could not refute Tang Shaoyang either. That's how it was supposed to work. The vassal relationship between the two factions was built up based on trust. If he did not trust the Tang Empire, then he should never sign the System Contract.

Park Nam Hoon took a deep breath and looked back at the contract. He knew if he left without signing the contract, the Legion Guild might not look good in the eyes of the Tang Empire. He must make a decision now or never. "I will put my trust in the Tang Empire."

Park Nam Hoon was about to drip a drop of his blood on the scroll but stopped midway when he heard the words "visit the Legion Guild's base…" That was the most important as they urgently needed help to fight off the three factions of the World Government in Korea.

"If you want to know how we are going to visit your base, then watch my next fight. You will know how I will come to your base," Tang Shaoyang merely smiled instead of giving Park Nam Hoon a definite answer. "I will visit the Legion Guild's base right after the Earth Tournament. We have to do it quickly because the Earth Dimensional Tower will spawn afterward."

Park Nam Hoon's eyes gleamed, and he bit his thumb right away before signing the System Contract. Yu Jin Sung followed his Guild Leader because he knew Park Nam Hoon would urge him to do so. So he signed the contract before his Guild Leader spoke to him. At least, they had to show that the Legion Guild was not that desperate enough for help.

"We will take the third contract because my second Vice Guild Leader is staying in our booth, Sir." Park Nam Hoon glanced at Yu Jin Sung, he spoke to Tang Shaoyang after seeing Yu Jin Sung sign the contract.

"If you have signed the contract, you should start calling him, Your Majesty." Revalor suddenly joined the conversation. "It's rude to call him Sir, and I will forgive you once." After he finished his words, Revalor released his aura.

Park Nam Hoon, Ah Cha Eun, and Yu Jin Sung's expressions changed drastically. It was as if an enormous mountain fell into them, suffocating and heavy… But the aura immediately disappeared after Tang Shaoyang waved his hand at Revalor.