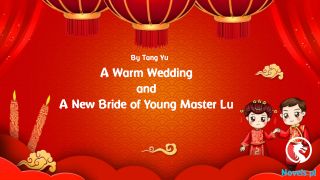 "What should we do now, Sir?" Martinus was sure that Tang Shaoyang was far stronger than the Epic Rank, or maybe even above the Epic Rank. Aedans used the Bloodline Transformation, but he was still killed so quickly. He felt like sending another fighter to fight Tang Shaoyang was the same as sending their guild member to suicide.

"What do you think we should do, Martinus?" Instead of giving an answer, Sylvanus replied with a question. Deep inside, he wanted to send another fighter to fight Tang Shaoyang. He did not want to back down after losing two Epic Rank subordinates. It was no longer about glory and Epic Rank Spear but to avenge his subordinate. He wanted at least to kill Tang Shaoyang, only Tang Shaoyang.

"I think we must surrender, Sir. I don't think we can win against Tang Shaoyang unless we are throwing bodies at him. He was not exhausted even after fighting against Menenia and Aedans, and we barely know how strong the man is." Martinus tried to make a reasonable excuse without offending his guild leader. "I think Tang Shaoyang has reached a rank above the Epic Rank."

The four Epic Ranks looked down and did not dare to meet with Sylvanus' gaze. The answer was clear; none of them wanted to fight Tang Shaoyang. They did not care anymore about the Vice Guild Leader position because their lives were more important than that position. As long as they were alive, there would be a chance for them to be the Vice Guild Leader in the future.

"I see," Sylvanus expected such a response as he nodded his head. "Then I will fight Tang Shaoyang. I am going to avenge Aedans and Menenia." After saying that, Sylvanus took out his spear and entered the portal toward the stage.

Deep inside, Tang Shaoyang was surprised that the Guild Leader himself came up as the third fighter after two one-sided fights. However, he did not show it outside as his expression was flat.

"Stop using a cheap trick." Tang Shaoyang talked as he looked up. "Start the fight already!" He spoke to the System because the countdown did not start.

"Why are you in a hurry? Did I expose you?" Sylvanus' eyes light up after seeing Tang Shaoyang's reaction. "YOU ARE NOT A HUMAN BUT A DEMON! WE CAN'T LET YOU WIN THIS TOURNAMENT. DON'T LET THIS DEMON WIN THE TOURNAMENT!"

"Nice trick, but yes, maybe I am a demon." Tang Shaoyang grinned as the countdown ticked down. The third round between the Tang Empire and the Amazon Guild started. He did not deny that he was a demon that might incite the others to fight him.

As for why he was confident the plan would work because he just created a new enemy for humanity. If a demon appeared amongst them, the human would unite as one and fight the foreign race instead. That was what he tried to achieve by throwing an accusation at Tang Shaoyang before the fight.

When the countdown reached zero, Sylvanus used his Bloodline Transformation. His bloodline was Sky Hawk; a pair of blue-feathered wings came out from his back, as his armor's color changed to blue as well. He then raised his spear, but his eyes widened in shock because Tang Shaoyang was already in front of him.

Tang Shaoyang raised his battle-ax to the air as he activated his skill, Thousand Blast. The battle-ax glowed as the mana covered the ax-blade.

A thousand blasts struck the stunned Sylvanus. The spectators did not hear the scream from Sylvanus, which meant there were two possibilities of what happened to him. First, Sylvanus managed to escape, which was unlikely after seeing his reaction. Second, Sylvanus died instantly under the barrage of the blast.

The dust rose, covering the main stage. Even the screen could not show what happened with Sylvanus. However, there was a sudden fierce wind sweeping the dust away, revealing the stage's condition. Half of the stage was completely destroyed, and there was a pit where Sylvanus stood before. Tang Shaoyang was standing at the edge of the destroyed stage, but they could not find Sylvanus.

But soon, the System announced the victor, which was Tang Shaoyang. It was clear that Sylvanus died from the attack, and not even his remains were left behind. The blast erased his remains.

Since there were no remains, there was nothing to recover. As the Amazon Guild's Vice Guild Leader, Martinus took over the leaderless guild. He was not stupid enough to send another fighter or fight Tang Shaoyang by himself, so the Amazon Guild forfeited after their three fighters died… Just like that, the Tang Empire passed to the top eight.