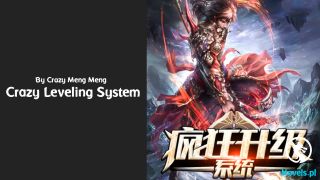 The top sixteen of the tournament was supposed to be a hype match, but that was not the case when both factions were part of the World Government. Before the match even started, The Enforcer Guild surrendered the fight, and just like that, Blue Vest entered the quarter-final, the first team to reach the top eight.

Complaining was useless, and no one dared to voice their discontent either because Blue Vest was part of the World Government. People thought the Emperor of the Tang Empire would say something since this was the Playoff Stage, but Tang Shaoyang did not care about what happened on the stage.

"That's indeed something we anticipate. I am also curious how they will handle it." Wei Xi agreed with Tang Shaoyang. There was no problem all this time because of the difference of power, but it would be different when two factions in similar power clashed. They did not make the World Government a faction yet, so the System did not recognize them as an ally.

After the anti-climax first match, the System drew the next match. There would be eight matches today, and there were seven matches left after the first match disappointment. The fourteen factions kept changing on the giant screen until it stopped to one name. The Uprising Guild would fight for the second round of the quarter-final.

Even though the Uprising Guild agreed to disable the killing rule, they were not part of the World Government. They were the independent faction, barely related to any other guilds. The second round was bound to be a real fight rather than one side surrendering.

The Uprising Guild's members came up to the arena. He was wearing brown leather armor with two blades on his back. The blade was similar to a machete, but his blade was made of black steel. The man with the dark skin had a savage grin on his face as the member of the Taukai Family came up to the stage.

The Taukai Family was the faction from Japan, as everyone could tell that within a glance. The katana on his waist gave him his identity and also his look. "What are you looking at, Savage? You will die in this stage by my sword." Uchihisa Taukai did not like it when his opponent made that kind of smile. He felt like being looked down on by his opponent.

"Spare me from the useless chit-chat, will ya?" Argari shrugged. "We are here fighting with our swords, not our mouths. If you are looking for someone to chat with, then you can have a chat with people in hell because I will send you there."

[Since this is a deathmatch, there will be no referee. You still can surrender, and the System will kick you out from the stage.]

The System reminded the two fighters on the stage. Since The Enforcer did not even get onto the stage, they did not get to see the reminder. After the notification, the System proceeded with the countdown.

Uchihisa Taukai rushed toward his opponent. His right hand was on his sword's handle, and his left hand was holding the sheath. Meanwhile, Argari did not react at his enemy, who charged at him in madness. He grinned because his opponent was so easy to taunt.

Uchihisa Taukai was supposed to surrender the moment his sword broke, but he was shocked with the result and failed to surrender. The side of his body opened out as blood and organs poured down from Uchihisa Taukai's body. People could see that Uchihisa Taukai did not die instantly; his body was twitching for a while before he completely stopped moving. The first casualty in the Playoff Stage was from the World Government.

"Oh, com'on, you should send someone strong if you want to weaken an independent faction like us." Argari shook his blades to clean it from the blood before sheathing it back. "At least, send your Epic Rank to fight me. This is no fun, World Government!"

The Taukai Family did not show any reaction even though their member was killed brutally. They send someone to retrieve Uchihisa Taukai's body from the stage before sending their second fighter. This was a Last Man Standing format, so the faction did not need to submit their five fighters. The faction could send anyone to fight in this format.

Just like the first match, the second round ended within a single exchange. Argari cut his opponent in two before beheading the head as the body fell to the ground. The Uprising Guild's member was angry because he felt that he was being underestimated by the Taukai Family. He kicked the head toward the Taukai Family's booth. Instead of catching the head, The Family Leader turned on the barrier, reflecting the head before falling in front of their booth.

"What is this? Do you really think that you can tire me by sending those weaklings!?" Argari roared while pointing his finger toward the Taukai Family's booth. "Or maybe the World Government instructed you guys to tire me out, so the Major Factions can kill me? That just does not make sense because there will be a break before the quarter-final. What is this? Why do you send your members to their death?"

From the Taukai Family's pattern, they seemed to be trying to tire Argari before finally sending the Epic Rank. However, there was one thing everyone did not understand, why the Taukai Family did not surrender? The Uprising Guild had more than five Epic Ranks, so continuing the match would weaken their own strength.

Masamichi Taukai used his Bloodline Transformation, transforming into a white furry creature with a lush tail. It was just another fox bloodline, just like the Tachibana Clan showed. Japanese seemed to be closely related to the fox bloodline.

For the first time, the spectators were given a worthy show for their time. Even though Argari did not use the bloodline transformation, they were at par. Exchanging blows time from time and skills used, leaving many deep cuts on the stages. Even though both looked equal, the spectators could tell that Argari was stronger than Masamichi Taukai.

Argari grinned ear to ear as he received the attacks while Masamichi's expression hardened as the fight continued. Suddenly, Masamichi ceased his assault and leaped back forward, creating a safe distance from Argari. He put the sword back into his sheath.

"I will not let you leave this stage!" Argari screamed and used his Bloodline Transformation. The spectators barely saw his transformation as the whole arena turned dark and silent. That ensued for twenty seconds before the darkness disappeared. By the time their vision returned, the fight was over. On the stage, they saw a creature without a resemblance to a beast or human was holding Masamichi Taukai in the air.

The black and shadowy creature did not have feet as it looked like floating in the air. The shape of its head was similar to the fluttering fire, and its deep eyes looked at the Taukai Family's booth. "This man is still breathing. If the Taukai Family's head promises to fight me, I will not kill this man. Make the contract to fight me until one of us is dead, then I will not kill this guy. Make your decision, quick, Kado, before I change my mind."

Kado was the Taukai Family's head's name. He was a man in his mid-thirties, standing from his seat and looking at the stage. Masamichi Taukai was in critical condition with two blades pierced through his body.

"Do you think I will buy it? You have poisoned him, and he will die soon enough. That's why you urge me to make the contract." Kado Taukai replied with a stoic expression. He showed no emotion on his face. "But I will accept your challenge."

"What's that?" Wei Xi never saw a creature like Argari. Everyone could tell that the monster was Argari, but no one had seen a similar creature before.

"It's Revenant." Tang Shaoyang replied. "I have two Revenant Spirits, but I rarely use them because of their nasty attributes. But we don't need to worry about fighting against someone like him, though. We have Kang Xue; she should be able to repel the poison. You just need to stay alive if you ever meet Revenant."

Wei Xi nodded as he was relieved inside that he had a reliable comrade to fight the Revenant. Hearing Tang Shaoyang's reply, he was curious about something. He knew about the spirits that could be summoned by Tang Shaoyang, but he just did not know how many spirits he had.

"If I may know, how many spirits do you have, Boss?" Wei Xi whispered in a low voice. It was not something he was supposed to know, but he could not hold his curiosity.

"I have many spirits, more than thirty." Tang Shaoyang smiled at Wei Xi. "Most of them were on par if not stronger than Epic Rank, and two of them can take two Legend Ranks by themselves."

Wei Xi gulped out and stroked his chest. "It's fortunate that I am following you…" He muttered in a low voice before focusing back on the stage. Of course, Tang Shaoyang heard what he said, but he did not say anything.

Kado Taukai arrived at the Arena with his subordinate. His subordinate collected Masamichi's body before leaving Kado alone on the stage with Argari. Kado Taukai did not wear armor; he just had a kimono with a katana on his waist.

"I don't know that you are this strong. Guess my plan to reach the top eight is failed." Kado muttered as his hand moved to his sword's handle.

"Heh, top eight? Don't joke around like that, Kado. You just bring shame on yourself and your faction." Argari let out creepy laughter. "Don't worry, you will soon meet again with your dead subordinates."

Kado Taukai did not say anything in response, and when the countdown reached one, Kado immediately activated his Bloodline Transformation… After that, the spectators lost their vision as Argari used the same skill when he killed Masamichi.