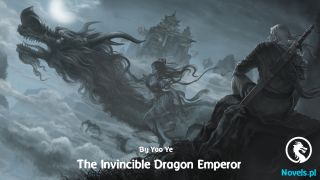 Tang Shaoyang no longer watched the expedition after they captured Wu Xi territory. After watching their battle yesterday, he believed that they were strong enough and did not need his help at all. Just in case there was an unexpected situation, he summoned Aerelion the Infernal Wyvern and Maldros the Black Storm Dragonewt. Both should be enough to help the expedition team if an emergency arose.

Aside from the group nine upset, the ten Major Factions passed into the Playoff Stage from the Group Stage, while the five factions that passed through the Elimination Stage were Amazon Guild, Bahamas, Taukai Family, The Enforcer, and Saharian Guild.

Two hours quickly passed, Tang Shaoyang and his group were waiting for the portal to appear in the meeting room. It was not long before the portal appeared, and they did not immediately enter the portal.

"As I said before, I will be taking the Best Fighter Title, so I will be fighting all of them by myself." Tang Shaoyang told his plan to his team once more.

The Playoff Stage was the Last Man Standing form. If he came to the stage first and defeated his opponent, then he would continue fighting the next opponent until he lost. So, he could basically take down all his opponents alone. Hence he told his team that he would be fighting alone.

"Guess I will be a spectator for the remaining tournament." Wei Xi shrugged. He did not mind that, and the others did not say anything either.

"Then I don't have to come to the arena, then, Master?" Kairu the Flaming Lion asked. Since he was not going to fight in the tournament, he wanted to go with the expedition team instead.

"You don't have to," Tang Shaoyang nodded his head. "I know you want to join the expedition group, so you can join them if you want." He gave the permission, especially joining the expedition would benefit Kairu more than watching the fight.

Despite his selfish request, no one complained about it. In the end, it did not matter for them as long as their leader got the title. The stronger their Emperor was, the better for the Empire.

"You are not going to watch Master's matches, Kairu?" Wen was surprised that his friend did not want to watch Tang Shaoyang's matches. "Aren't you curious how strong Master is?"

Kairu shook his head. "I don't think those people can make Master go all out. There's no point watching the matches, especially since the System prevents us from killing each other in the arena. I will rather fight the Epic Rank Zombie Lord rather than watch the fight."

Wen nodded his head understandingly. Even so, he was still going to watch the tournament. Watching his Master's glory was a pleasure to him, after all.

Tang Shaoyang looked toward the other people. "You guys don't have to follow me to the arena if you have something else to do."

Aside from Kairu, everyone wanted to follow to the arena. They wanted to watch Tang Shaoyang's matches. Most of them wanted to know how strong their leader was.

"Then let's go," Tang Shaoyang was the first one to enter the portal. He had gotten used to the feeling of teleportation, so he was quick to adapt after being teleported. He was not dizzy, and his vision was very clear despite the teleportation. It was the same booth at the same location.

However, he noticed a change within the arena. It had gotten bigger than before. The stage in the middle of the arena became three times bigger too, so if they did not have a high sense, it would be hard to watch the fight as the seats were pushed further back from the stage. Of course, the System provided the giant screen above the stage for the spectators.

"Hmmm, how do we know the matches? Who will we fight against?" Tang Shaoyang looked around the arena, but he did not see any screen for the schedule. However, on the screen above the arena, the System listed the sixteen factions that passed to the Playoff Stage.

They were not the first ones to arrive in the arena, but the other factions arrived even earlier than them. They turned off the barrier, so their conversation could be heard. Tang Shaoyang could hear the buzzing of people talking, and his eyes were looking for all the Major Factions from the World Government. All six Major Factions from the World Government arrived earlier.

'Those are my preys, if only we can turn the tournament into a deathmatch, so I can just go rampage.' Tang Shaoyang thought to himself as he took a seat. All the eyes toward Tang Empire's booth, especially for the factions from the World Government. 'Hehe, it's not just me who targets them, but they also target us.'

The Playoff Stage did not start immediately as they waited for another thirteen minutes before the System announced the start of the Playoff Stage. The System explained the rules of the tournament, the Last Man Standing rule, and from the sixteen factions, they would be chosen randomly to fight each other, so there was no bracket.

After finishing the explanation, the System was about to draw two factions for the first match until Hines Myers from the World Union stood up and raised his hand. "I am sorry to interrupt, but can we propose something to change the rules?"

[The Rules are absolute! Players are not allowed to change the rules! But The System will listen to your proposal. You can speak, Player Hines Myers!]

Everyone in the arena was surprised that Hines Myers could hold a conversation with the System. That was something the others did not know.

"The rule I am talking about is the killing rule. I propose that players are allowed to kill each other, on purpose or not." Hines Myers's proposal did not surprise Tang Shaoyang, but the others were surprised by the proposal. Everyone could tell the World Government's intention by proposing to change the killing rule. The World Government wanted to weaken the other factions.

"There's a reasonable reason for my proposal. If the Players are bound by no killing rule, that means we have to hold back, and that's so unsatisfying for the players to lose when they try not to kill their opponents. I think this rule is unfavorable for the players." Hines Myers said that with a righteous expression on his face as if the rule was just a hindrance instead of helping the players' survivability in the tournament.

The System did not immediately respond to Hines Myers' proposal. The screen was just a black screen for like thirty seconds until the System responded to the proposal.

[It's a reasonable proposal, but the rule can't be changed midway through the tournament unless the remaining participants agree to change the rule. So, The System will open a vote, and the sixteen factions can vote for the change or not… The players will make the decision.]