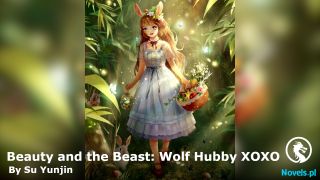 The former Major General Zuo Ren was also next to Wu Shuan and watched everything from the start to the end. Two thousand soldiers attacked the main nest of the zombies, but the two thousand Elite Soldiers were nothing but spectators. All the zombies were taken care of by Lu An. Their superior would leave the zombies limbless for the soldiers to kill.

Zuo Ren's eyes opened once more, and he realized that the Tang Empire was not a faction they could fight. He doubted that even all establishments banded together against the Tang Empire, their chance to delay the

Lu An returned to Wu Shuan's side after killing the Zombie Lord. "Is that building Wu Xi's smart base?" Lu An pointed at the building where the Zombie Lord and the Zombie Generals came out. It was a twenty-floor office building and the only building that was intact and clean.

"I don't know, Sir." Wu Shuan addressed Lu An respectfully. "From the building's condition, it may be the smart base."

"Wait, if this territory belongs to the Zombie Lord, does that mean we have to make a war declaration to take over the territory?" Lu An furrowed his brow. That would be troublesome since they had to know the faction name to declare war. However, they did not know the faction name of this zombie lord, "And I have killed the Zombie Lord, the only intelligent zombie that can talk."

Zuo Ren and Wu Shuan exchanged glances. They did not know what Lu An talked about. It was confusing to them. The territory belonged to the zombie? Was that even possible? Despite their confusion, they followed Lu An into the smart base. There was the same Hexagon Steele on the first floor, and the three approached it. The thing that attracted them was the floating screen in front of the Hexagon Steele.

[Only the player who killed the Zombie Lord can take over the smart base.]

Lu An let out a relieved sigh after reading the text on the screen. He placed his hand on the mark, and the Hexagon Steele glowed in gold. It took ten seconds until Lu An received the notification from the System.

[You have taken over the Wu Xi Territory!]

"I see, so it's different between zombies and us, huh?" Lu An smiled as he learned a new thing. 'It's not a bad discovery for my debut as the head of the Intelligence Division. 'That means the zombie can take over our territory without needing the war declaration too. It seems we have to build a new wall around the smart base of the other territories.' Lu An was worried that a Zombie Lord evolved in their territory with loose defense, and the Zombie Lord could take their territory if that happened.

"Send our people to inform the others that we have found the smart base." He ordered Wu Shuan and Zuo Ren. The two bowed their heads slightly before leaving the smart base. Once the two former Major Generals left him, he let out a relieved sigh. As their leader, he could not do whatever he wanted to. He must look dignified in front of his subordinates, or they would lose their respect. This was why he did not want to hold any position in Tarrior.

Tang Shaoyang watched the whole battle from the sky. He had mixed feelings as he watched his subordinates fight the zombies, relieved, proud, and excited. Relieved that his people were strong enough to take care of the zombies and the Epic Rank Zombie Lord. Proud that they had become so strong. Excited about the future awaiting him and his Empire.

—I still don't understand what Rumru said about your hardship. You barely experienced any hardship.

Zowen interjected in his mind as she recalled the Black Dragon's words. Rumru said that his wife read his future, and he would face a lot of hardship. In most timelines of the future, he ended up dead facing hardship. However, Zowen did not see that hardship at all. Her Master easily took over a whole continent and absorbed all the force. With the help of the new force from the Ortis Continent, it should be easy for the Tang Empire to expand on Earth.

—I think you misunderstand Rumru's words, Zowen. You forget the part where Rumru inherited his bloodline to Master to help him with the hardship. Without the Dragon Bloodline, I don't think Master can win against Wrath and Zara. Even if he wins against them, it would be very hard. If Master does not clear all the waves of the trial, then it will be hard to win Kalliyan over and kill that serpent guardian. Without the Dragon Bloodline, all those things might not happen.

Zaneos had no intention to look down on his Master, but that was a bitter truth. Without Rumru's bloodline, then it would be hard for him to win against all these spirits. The Dragon Bloodline made Tang Shaoyang stronger, the bonus attributes, the skills, and the transformation. That was the fact that Zowen or even Tang Shaoyang overlooked. 'What if I don't have the Dragon Bloodline? I may not be here, seeing my subordinates fight the zombies.'

Tang Shaoyang shook his head and threw away those thoughts. "I agree with Zaneos. Rumru's bloodline is a massive help to me." He was not angry when Zaneos pointed that out. Instead of being angry, he became cautious of his future instead. "There's maybe an encounter that still can kill me later."

A frown formed on his forehead as that thought crossed his mind. Even though he told himself to be careful and cautious, his only way to avoid disaster was to get stronger. From the situation on Earth, he could not think of anything that could raise his level. If he hunted all the zombies and beasts to level up, that would hinder his people's growth. "It seems the Dimensional Tower is my only chance to raise my level." He muttered in a low voice.

"There's nothing I can do right now, so let's focus on what is in front of me first." Tang Shaoyang expanded his Spirit Eyes and located Zhang Mengyao. She was assisting the armies, leading the soldiers from the Suzhou Establishment. She led a thousand soldiers by herself, clearing every corner of the city while not killing a single zombie. Yeah, Zhang Mengyao positioned herself in the front, attracting the zombies while the soldiers killed the zombies when the zombies focused on her.

After Lu An killed the Zombie Lord, Zhang Mengyao stopped assisting the soldiers. When the Zombie Lord died, the other zombies returned to be mindless creatures. They attacked people on sight with no strategy, so it should be easier for the soldiers to fight the zombies by themselves.

"That's it. Do you have any more questions?" Zhang Mengyao followed up after Wei Xi. She thought there was no question from her subordinates since that was a simple instruction.

Tang Shaoyang's eyes met with Su Hong's gaze. Despite Su Hong's polite tone, he could feel indignation from this man. He was curious why this man felt so even though this was their first meeting. Wei Xi was about to rebuke the Field Commander, but Tang Shaoyang stopped him with a wave of his hand. "Go ahead. What do you want to ask me?"

"Why do you appoint the people that recently joined the Empire higher than us, who have been dedicating our life for the Empire earlier than them!?" Su Hong raised his voice a little as he voiced his discontent. Yes, he could not accept that Alton was appointed as a Marshal even though the old man had just joined the Empire, and it was the same for The Elven King Virion, who was appointed as Legion Commander.

"Su Hong!" Wei Xi's aura flared up as he raised his voice. The Epic Rank's aura was not something Su Hong could endure. Field Commander Su Hong's face paled as sweat emerged on his forehead.

"It's fine, Vice Supreme Commander We Xi. I will satisfy his curiosity." Tang Shaoyang smiled and met Su Hong's eyes. The latter started regretting his action from asking that, but he had done, so might as well hear it to the end.

Wei Xi pulled back his aura, but he still glared at Su Hong. Questioning Tang Shaoyang in front of the others was something a mere Field Commander should do. At least, he thought so.

"First, they are certainly stronger than you. Marshal Alton is a Legend Rank, Vice Marshal Allan is Primordial Rank, and Ashley has reached level 1000. She will take the trial once she gets her talent. Oh, Legion Commander Moonsong is Legend Rank, and Vice Legion Commander Virion is Myth Rank. What level are you, Field Commander Su Hong?" Tang Shaoyang asked the man before he added more explanation for the rank. "Just in case you don't know, Myth Rank is two ranks above Epic Rank, Primordial Rank is three ranks above the Epic Rank, and the Legend Rank is four ranks above the Epic Rank."

"I am level 597…" Su Hong replied in a small voice, but Tang Shaoyang could hear it clearly in his ears. When he heard those ranks, his heartbeat raced up. That meant those people were far stronger than him.

"Second, Marshal Alton brings me a lot more armies. Three of them are Myth Ranks, eight of them are Ancient Ranks, and eighteen of them are Epic Ranks. They are now part of the Tarriors. Virion had his Elven Kingdom join the Tarrior. Virion's father is a Legend Rank, and his Mother is Primordial Rank. Moonsong has his tribe strengthen my Empire too. Do you want to know the details of how strong they are?" Tang Shaoyang maintained his neutral tone as he explained everything to Su Hong.

"Third, they helped me to conquer a continent, bringing down three kingdoms for me. They have contributed enough to reach their respective rank. Do you still have a question, Field Commander Su Hong?" Tang Shaoyang ended his explanation.

Su Hong did not answer, but he shook his head furiously, indicating he did not have any more questions.

"That's good." Tang Shaoyang nodded and looked at the other Field Commanders. "Do you have a question for me?"

"No, Your Majesty." Field Commander Zhao Zhong replied while the others shook their heads.

"That's good, and you can leave to patrol now if you no longer have a question."