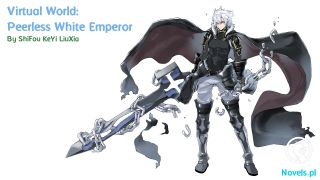 Jasmine followed after Selena and finished the oath ceremony. The brilliant came off Selena's hand and split into two before entering Tang Shaoyang and Jasmine's forehead. This was the first time that Kang Xue and Zhang Mengyao witnessed how the oath was done.

"Does this oath is more effective than the System Contract?" Zhang Mengyao could not help but feel doubtful about the method. She was afraid that the oath had a loophole that could be used against them in the future. Kang Xue shook her head as she did not know either.

Zhang Mengyao was surprised to hear that from Tang Shaoyang. She thought the System was omnipotent, but one of its features could be broken. "Then do you know how to break the System Contract? We need to know that to prevent our people from breaking the contract."

"I killed them, so we have no way to know how to null the System Contract." Tang Shaoyang shook his head. He got to know about that information after he conquered the Lionax Kingdom. "There's a princess left from the Royal Family, but the girl knows nothing about this."

Zhang Mengyao took out the pen and a notebook from her inventory. She wrote something on it, about the System Contract. She made sure to remember to find a way to nullify the System Contract later. Those notes contained a lot of important information she had gathered, including the list of factions of the Central Government.

"So what's about the Earth Tournament? How many groups have finished their fight?" Tang Shaoyang inquired about the tournament right after. He did not expect to see her here because the tournament was still ongoing.

"I left when group 8 is started." Zhang Mengyao replied as she put the notebook back into her inventory. "Blue Vest, First Order Guild, Saint Guild, World Union, Polar Guild, and the Revolution Kingdom have passed into the Playoff Stage. If my prediction is correct, the group match will be over today, and the Elimination Stage will start by tomorrow."

"Then we still have time." Tang Shaoyang smiled. "Have you acquired the member of the Central Government?"

Seeing the smile on his face, Zhang Mengyao felt her man was planning something evil. She nodded her head regardless of what he wanted to do with that information. "Yes, but the information might be incomplete."

"That's fine. First, I want to know whether the Suzhou Survivor Establishment is part of the Central Government or not?" Tang Shaoyang asked about their neighborhood.

"Yes, they are. All survivor establishment in our country joined the Central Government as one, The Great Wall." Zhang Mengyao explained. "They have not officially merged, but they use that name to join the World Government, and Suzhou Survivor Establishment is one of them. What do you want to do with them?"

"But why?" The first one to question Tang Shaoyang was Kang Xue. The Suzhou Survivor Establishment is not a threat to them, so there was no need to root them out, especially, declaring a war like this. This was too sudden.

"Can you give me the reason?" Zhang Mengyao asked. "I don't think our people will agree to fight against our fellow countrymen."

"Then we will kick them out from Tarrior. We don't need soldiers that refuse to listen to the order." Tang Shaoyang's tone became increasingly sharp when he mentioned the last part. "Haven't you heard what Hines Myers said yesterday? He tried to intimidate the smaller factions into joining them."

"Once he unifies the smaller factions, they will aim us. So before they make their move, we will make our move first. I don't care if it will give them a justification to attack us, but we must root the World Government's factions in our land. Especially, the Suzhou Survivor Establishment. They are too close to our main base, so we can't let them be forever like that."

"But I don't think it's worth it to attack them, especially when we need a lot of Coins to develop our territory." Zhang Mengyao shook her head in disagreement. In order to take over the Smart Base, they had to declare war against the faction that occupied the base. In order to declare war, they had to pay 100 million Game Coins. The initial cost for declaring war was just too much.

"Or we can send our people to Suzhou to send a message. We force them to move out from Suzhou." Kang Xue offered her idea. "I don't think they dare to fight us."

"Then what? Will they move to the city next to Suzhou? They will still be too close to our main base." Tang Shaoyang shook his head. "Prepare the Tarrior to move up to the north and west. We have secured the south, and our east is a sea. We have to get rid of the potential threat before it becomes a real threat. Moreover, we can get back 100 million Game Coins after winning the Earth Tournament. Don't forget that the reward from the tournament is one billion Game Coins."

Zhang Mengyao and Kang Xue made a weird face when they heard Jasmine calling Tang Shaoyang with Your Majesty. That sounded awkward for them, but they could not make it obvious on their faces.

"The Malecia Kingdom has 15,6 billion Game Coins as a reserve fund. It's our saving from generation after generation." Jasmine smiled as she told everyone the number.

That was a lot, but also not that much if they had to consider how long the Kingdom had been established.

Tang Shaoyang nodded his head. "Then can you transfer ten billion Game Coins to the Empire? We need a lot of money to develop our ruined territory."

Tang Shaoyang tapped his forehead to realize that he had missed something important. He took care of the people, the territory, and the army. However, he forgot about the treasury, the Lionax Kingdom and the Warmir Kingdom combined should have at least thirty billion Game Coins. The smile on his face suddenly widened at the thought of overflowing money that would enter the Empire's treasury.

Tang Shaoyang then looked toward Zhang Mengyao with a smile. "What do you think? I don't think money is a problem anymore. We will start the war against the World Government."

Zhang Mengyao let out a helpless sigh. "Then we will start the war, but do you have a plan on what you want to do with the people of the Suzhou Survivor Establishment? You will lose the people's favor if you kill all of them." That was a concern as not all people had accepted the new situation. It might incite a riot if they mindlessly slaughtered the innocent.

"It's not for us to decide, but them. We will accept them to our territory or stay in our territory if they surrender, but if they keep fighting us, then we will kill them." Tang Shaoyang shrugged. "I don't care what my people think of my action, even if they disagree with my action of declaring war against the Suzhou Survivor Establishment. They can leave my territory if they don't like it."

"Then we need to call Lu An. I think he is the best to lead this war." Zhang Mengyao nodded her head. It was not that she agreed with his crude method, but regardless of his method, she would follow him. "Lu An is the only person that knows the ins and outs of the Suzhou Survivor Establishment."

"Then call him. We only have today and tomorrow to capture the Suzhou Survivor Establishment." Tang Shaoyang planned to move by himself, but he changed his mind. He did not want to expose all his abilities to the enemy.

Zhang Mengyao shook her head. "No, we only have one day, which is tomorrow, to capture Suzhou Survivor Establishment. After declaring war, we will be given twenty-four hours, a preparation for the attacker and the defender for the war. So we can't immediately attack them."

Meanwhile, the upper echelons of the Suzhou Survivor Establishment were still watching the tournament. They did not want to miss a single match, not because they liked the bloody tournament, but to get to know how strong the other factions were. The three Generals and four Leaders were sitting in the front seat.

[The Tang Empire has declared a war against the Suzhou Survivor Establishment. You have twenty-four hours for the war preparation!]