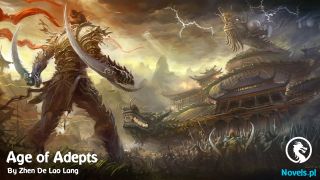 Hearing the cheers from her people, Jasmine was relieved inside. She was worried that her people would not accept her decision to surrender to the Empire. However, it turned out the Malecia Kingdom accepted the surrender. The cheers were proof of the acceptance of the new ruler, Emperor Tang Shaoyang.

"I never thought the people would accept the Empire this easily," Ava muttered what was in Jasmine's mind as Tang Shaoang returned from the platform. She was not expecting the cheer after Tang Shaoyang's speech.

"I am concerned about that as well, but I am glad everything is going smoothly." Jasmine chimed in as she bowed toward Tang Shaoyang.

"Get ready to leave. We will be going to meet Selena for the oath." Tang Shaoyang shrugged and did not bother to explain that it was related to his passive skill, [Universal Charisma]. At least, he believed the skill did something to the crowd.

"Yes, Your Majesty." Jasmine bowed her head before leaving the room. During her absence, someone must take over her position to watch over Malecia. As promised, the Duncan Family would still manage the Malecia Kingdom. The only difference was that there would be no more nobles but a centralized administration under the Duncan Family.

"What about me? Can I follow you to Earth as well?" The former Elven Queen had heard about the people going to the Earth. She wanted to go there as well as she was curious what kind of world her man came from.

"It's fine, but what about your people?" Tang Shaoyang nodded his head. He was talking about a hundred Elven she brought with her. They were still in here, the Capital of Malecia.

Ava waved her hand at ease and smiled. "What would happen to them when the continent is under the Empire's rule? They would be fine to go back by themselves. Didn't my son agree to relocate the Elven Kingdom to Earth as well? I want to see the Earth."

"Alright then." Tang Shaoyang nodded his head once more. "Then you should manage your people first, and then we will leave after you and Jasmine are back."

Ava happily left the room, leaving Tang Shaoyang alone inside. He sat on the chair near the window and looked outside. The people still gathered in the plaza, and it seemed they conversed about him. He could hear the word Emperor being repeatedly mentioned from the crowd. Deep inside, he still could not believe that he had reached this point. Being an Emperor was just something that he came up with on a whim. He just wanted not to be controlled against, just like in the past, and the word Emperor came into his mind when he thought about it. However, he never expected that it would come true as he thought he would be the Boss of many people instead of an Emperor.

"Everything came into a shape on its own…" Tang Shaoyang muttered in a low voice as he closed his eyes. He leaned his head on the soft headrests and recalled the past. He just wanted a luxurious place to be his new house, which turned out to be a smart base. Then people started following him, from dozens to hundreds, and now he had over a million people under him if he combined all the beastment and people from the three kingdoms.

After a while, the sound of the door opening resounded, and Tang Shaoyang opened his eyes. Jasmine and Ava entered the room together. "We are ready," Ava said with his beautiful smile. He did not know why, but the former Elven Queen seemed overly excited to visit the Earth.

Tang Shaoyang nodded and stood up. "We will ride Aerelion to the Lionax Kingdom." They went to the backyard, enough space to summon the Infernal Wyvern. When they arrived at the backyard, The Malecia Guardian, Ryu and Riona were there. The old lady had become respectful toward Tang Shaoyang now as the trace of wounds on her face had disappeared.

Riona had submitted to him, so there was no reason to execute the old lady who was also a Legend Rank. "I will leave Malecia in your hands, Grandpa Ryu and Grandma Riona," Jasmine said from above Aerelion. The two Guardians bowed their heads as the group departed. With Aerelion's gigantic size, the people outside the castle immediately noticed the Wyvern.

The crowd cheered once more at the sight of the almighty dragon. "Long Live The Emperor!" The crowd chanted together as Aerelion flew from Salamanca.

On the way back to the Lionax Kingdom, Tang Shaoyang had a frown on his forehead. Alton and Allan insisted on forcing the Malecia Kingdom to surrender, but he still did not get it. Why did they have to force the Malecia Kingdom to surrender instead of fighting them? During the one-day trip, he still could not understand their reasoning. Not that it was that important since he had successfully obtained the kingdom, but he was just curious.

Ava sat next to Tang Shaoyang and noticed her man frowned. "What's wrong?" It was rare to see that frown on him, so she asked. 'Does he not want me to go to Earth?' She thought it was about her. Jasmine turned toward Tang Shaoyang when she heard Ava's voice.

Tang Shaoyang did not hide his thoughts from the two girls and told them what was in his mind. He wanted to know the answer from the former Malecia Kingdom's Queen directly. When Jasmine heard that, she smiled.

"Because you will not get my people if you decide to go to war against us," Jasmine answered with confidence. "If we decide to go to war, and we lose the war, my people will not give up even if they have to die. We will fight to the death; either you die, or we die. So yeah, you can get the Malecia Kingdom's territory, but you can't get the people."

Tang Shaoyang was surprised to hear, and he was surprised even more by how confident she was. "Are you sure? I thought your people agreed to surrender as they were afraid of the dragon."

"That's true. My people know that our chance to win the war is small, so they tell us to surrender with reasonable terms. We still have the petition letter from the civilians. If the Empire wants to enslave the people after we surrender, they support the war. However, your terms are so reasonable that we have no reason not to surrender. We maintained our kingdom, and we just had to agree with The Empire's vision to avoid the bloody war." Jasmine smiled as she replied to Tang Shaoyang. "I listen to my people, so do the nobles."

"But your Uncle and the opposition nobles seem to have a different idea?" Tang Shaoyang still did not believe it.

Jasmine shook her head. "Nah, they were just playing tricks to get more benefits before the surrender. If you agree to maintain their nobility, they will not play such a trick. You witnessed it yourself. Once you come to claim the kingdom, all the nobles don't dare to do anything."

"What about you then?" Tang Shaoyang squinted his eyes at Jasmine. "You are the Royalty, the Queen. The ruler of this land, but it seems you give up so easily."

"As I said, your terms are too reasonable and too good. I am still the Queen, and my people are safe." Jasmine smiled as she rubbed her belly. "It's not like I have the ambition to expand my kingdom as well. I just need to continue the Duncan Family's line, and I obtained a great seed for Duncan's future."

Tang Shaoyang looked at the girl with a strange gaze. He thought the girl would take their relationship negatively, but the girl accepted everything well. His sharp perception also did not detect deceit in her words, meaning she was not lying. He did not have any words for that but nodded his head.

They arrived at the Lionax Kingdom in an hour, and they directly went to the Earth. By the time they arrived at the main base, Zhang Mengyao and Kang Xue stayed with Selena. "You guys here." He smiled at them.

Zhang Mengyao squinted her eyes as her gaze landed on Ava and Jasmine… "She is the Malecia Kingdom's Queen, and she is the former Elven Queen, Revalor's wife."