Support
Random Novel
How Hurtful of the Maple... 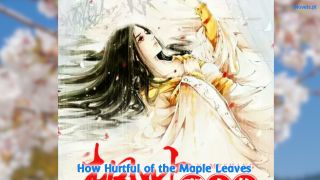 A fight outside the ring was about to happen, but the System did not allow that to happen. A huge force pinned down all Tachibana Clan's members, including Izuhara Tachibana. They fell onto the ground and could not move as a giant warning screen appeared above the arena.

[You are not allowed to use your power outside the arena. Retract your power, or the System will impose a death penalty for the individuals who break the rule!]

Tang Shaoyang shook his head as he rose from the seat. He turned off the barrier and approached the pinning down Izuhara Tachibana. "I don't know how you can be a leader of a faction if you are this naive." He said that as he squatted next to Izuhara. "Cancel your transformation, and control your subordinates. I may have a way to cure your nephew. It will be a pity if your clan gets wiped out by the System."

Izuhara Tachibana was about to get angry as he thought Tang Shaoyang came to mock him. His anger disappeared when he heard the next part as he looked at Tang Shaoyang with his eyes widened open. He saw some hope and canceled his transformation. As soon as he did that, the force pinned him down disappeared.

Tang Shaoyang nodded his head and summoned a spirit, Yu the Ancient Alchemist. He instructed the long-haired spirit to check on Nomiya. "Can you cure that guy?"

Yu looked around for a brief moment before coming toward Nomiya Tachibana. He squatted next to the young man and slit his skin to take a drop of blood into his finger. He licked the blood and contemplated for a moment before giving a confident answer to his Master. "I can make the cure, but you need to provide the materials. The poison is deadly, but it's not a rare poison."

"I will prepare the materials. Give me the list of the materials, and I will get it for you, Sir." Izuhara Tachibana was in a desperate situation, providing the material to save his nephew was nothing to him. However, Yu did not respond to Izuhara as the Ancient Alchemist looked toward his master. It was not up to him to cure the young man, but according to his Master's will.

"But you shall know that it's not free, Clan Leader Izuhara. We are not doing a free service." Tang Shaoyang looked toward the Tachibana Clan's leader. "Listen to me first before you agree without thinking. This is not just about money since I reveal my trump card in front of many people."

Izuhara Tachibana was aware of what Tang Shaoyang talked about. He realized that this was not really about money anymore. It was hard to find a class that could make an antidote or even a healing potion as far as he knew. If this long-haired man could make an antidote, there was a big chance that he could make a healing potion. It was something the other factions fought over, and the Tang Empire had the person that could mass-produce it. After this event, the long-haired man would become the target of the other factions.

Of course, that was what Tang Shaoyang talked about. He was talking about his ability to summon the spirit. But he did not know what the opposite thought about.

Izuhara Tachibana opened his mouth and closed it again, time and time again. On the one hand, he wanted to agree with that condition to save his nephew. On the other hand, he wanted the Tachibana Clan to be an independent faction. He wanted to rebuild his country for his people through this clan. On top of that, it was not something he could decide by himself as he formed the Tachibana Clan together with his friends, which had now become a family by changing their surname into Tachibana.

"I can delay the poison from spreading even further, but you only have twelve hours to make a decision." Yu was aware that his Master had a hidden intention to save the young man. He became the accomplice to make it smooth. He formed mana needles and punctured the needles in many spots, twenty-seven needles in total. Nomiya's body stopped shaking as his breathing stabilized. The needles clearly eased the pain, and it proved to Izuhara Tachibana that it was not a bluff that he could save Nomiya.

"If you are worried that I will deceive you, then we can sign a contract." Tang Shaoyang knew that Izuhara Tachibana might not trust him after what Shan Manning did to him. "You also have twelve hours to discuss the issue with your clan."

Izuhara Tachibana took a deep breath and nodded his head. "I will discuss this with my clan. Please wait for my answer, and please take care of my nephew." After saying that, Izuhara Tachibana walked back toward the Tachibana Clan's booth.

Victor Brent Whitney, the King of the Revolution Kingdom, had an unsightly face as he looked in Tang Shaoyang's direction. "Damn! That Tang Empire and its leader is annoying. They keep getting in our way. If not for that bastard, the Tachibana Clan will yield to My Kingdom!"

Yes, everything that happened between the Houston Legacy and the Tachibana Clan was staged by him. He planned to get involved and "forced" the Houston Legacy to hand over the antidote. He wanted the Revolution Kingdom to be the middleman between the two factions and roped the Tachibana Clan into his alliance… However, the Tang Empire was a step ahead of him and ruined his plan.