Support
Random Novel
Christmas Comes Not For Us 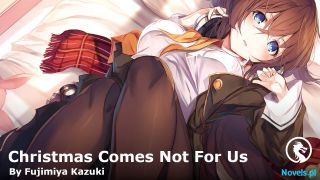 A chill ran down Li Yun’s spine when Yang Ye opened his eyes.

That was what Li Yun felt at this moment. Obviously, that feeling of danger was coming from Yang Ye. Li Yun was extremely shocked because he truly couldn’t figure out why an ant at the Half-Saint Realm could make him sense such danger. However, he didn’t even have the time to sort out his thoughts when a sword had arrived before him.

It was swift! Extremely swift! Swift to the point even he couldn’t dodge it!

As for its strength, it was strong to the point even he felt threatened. Because it was a Divine Rank technique executed with Void Rank sword intent!

An arm flew into the air while blood sprayed from it!

The ray of light dispersed, and both Yang Ye and Yu Wushuang had vanished on the spot. Only Li Yun remained there in a stunned state. At this moment, Li Yun’s right arm was gone, and there was shock and disbelief in his eyes!

After all, it was Void Rank sword intent!

Li Yun was still filled with shock. Quite some time passed before he took a deep breath, and then he glanced at his arm while his gaze gradually turned icy cold. Earlier, he hadn’t been able to dodge that attack at all, and he couldn’t counterattack as well. Because he’d been taken by surprise! If he’d been vigilant since the very beginning, then it would have been impossible for him to have lost an arm even if that attack was stronger. After all, Yang Ye was only a Half-Saint!

As he gazed at his arm, the icy cold expression in Li Yun’s eyes gradually became ghastly killing intent.

Li Yun vanished on the spot, “He absolutely can’t be allowed to mature!”

At this moment, his impression of Yang Ye had changed a little. In the beginning, Yang Ye was just a slightly monstrous genius to him at most. Even though Yang Ye was a monstrous genius, it wasn’t sufficient for a Saint like him to take Yang Ye seriously. Yet now, he felt that if Yang Ye were to be allowed to mature, then Yang Ye would be a huge problem for Sky Divine Hall!

In the beginning, Li Yun could sense Yang Ye’s aura, but it didn’t take long for Yang Ye’s aura to vanish. It was like Yang Ye had evaporated into thin air, and it caused Li Yun’s brows to knit tightly together.

Li Yun pondered deeply for a moment before his spiritual energy surged out madly, and it instantly enveloped an area of 5,000km. Even an ant within the area was clearly visible before his enormous and powerful spiritual energy. However, he still couldn’t see Yang Ye. This made his brows become pressed even more tightly together. Because it was utterly impossible for Yang Ye to escape over 5,000km away with Yang Ye’s current speed!

In other words, Yang Ye was definitely within the area, but Yang Ye had utilized some sort of method to conceal himself!

Li Yun laughed coldly when he thought up to this point, “Let me see how long you’ll be able to hide for!”

His spiritual energy surged out and didn’t’ just cover the ground in an area of 5,000km, it even covered the sky. It could be said that even the slightest breeze or movement of grass here would be immediately detected by him.

In the depths of the forest, Yang Ye held Yu Wushuang in his arms as he hung onto the crown of a tree.

“You won’t be able to escape if you try to take me with you!” Yu Wushuang gazed at him with a complicated expression in her eyes. Actually, she was prepared to put an end to her own life once she was captured. Because even if she didn’t die now, she would suffer a face worse than death in the future. However, she hadn’t expected that Yang Ye would have actually come for her. Moreover, he’d come when he was clearly aware that it was a Saint who’d taken her.

At this moment, Yu Wushuang’s heart was filled with extremely complicated emotions.

“I am confident in my ability to escape if I leave you here!” said Yang Ye. Their voices were isolated from the outside world because they were enveloped by his Sword Domain.

Yu Wushuang said, “But you won’t do that, right?”

Yang Ye smiled as he stretched out his hand and rubbed her head, “Since you know that, then don’t speak such nonsense. If you have the time to waste on all of that, why don’t you think about how we should escape?”

Even though his Sword Domain could conceal their aura, he was up against a Saint, and he was certain that Li Yun was scanning the area with his spiritual energy right now. With the strength a Saint possessed, Li Yun’s spiritual energy could cover an area of over 5,000km with ease. So, Yang Ye didn’t dare move at all. He wouldn’t mind if he was all alone, but he was with Yu Wushuang now. So, he didn’t dare take that risk!

Yu Wushuang suddenly said, “I think I saw you sever an arm of his!”

Yang Ye nodded, “Unfortunately, he moved at the critical moment. Otherwise, it would have taken his head.”

Yu Wushuang glanced at Yang Ye and spoke softly, “I never expected your sword intent to actually be at the Void Rank. You’ve grasped Void Rank sword intent at such a young age, so your future accomplishments are limitless. There’s no need for you to take such risks! It isn’t worth it!”

At this moment, she was extremely shocked. Because if she hadn’t witnessed it with her own eyes, she would have never imagined that Yang Ye had attained Void Rank sword intent and even severed the arm of a Saint. After all, it was a Saint! As for Yang Ye? He was just a Half-Saint! He was even one who’d just attained the Half-Saint Realm!

Yang Ye gazed at her and said, “Aren’t you quite smart? Why do you keep acting foolishly now? Stop lingering on such useless things, alright?”

Yu Wushuang gazed at him for a while and nodded, and then held him tightly and pressed her head closely to his chest, “He’s a Saint. All strategies are useless before absolute strength. We only have a single choice, and it’s to return to the city. So long as we do, then the Saint of the Dao Order will stop that Saint from Sky Divine Hall. At that time, we’ll be safe. However, if I’m not wrong, that Saint from Sky Divine Hall is probably guarding every single path that we can take to the city.”

Yang Ye’s face fell. He’d planned to expose himself and lead that Saint away. However, Yu Wushuang would be instantly exposed if he were to leave here. At that time, she wouldn’t be able to protect herself at all. So, he had no choice but to take her along with him.

It was exactly why he’d fallen into such a dilemma.

Suddenly, a resounding sword howl resounded in the sky, and then Lu Wan’er’s voice resounded, “Quickly take Wushuang back to Ocean of Clouds City!”

As soon as her voice finished resounding, countless rays of light shot into the sky and instantly blotted out the entire sky!

“You ant!” Li Yun’s furious howl resounded through the sky.

Lu Wan’er had stepped forward to stop a Saint and buy time for him so that he could take Yu Wushuang back to the city.

At this moment, Yang Ye’s heart was trembling while his mind had instantly gone blank. However, it didn’t take long for him to recover from his shock, and then he grabbed Yu Wushuang and transformed into a ray of light that shot towards the city.

Yang Ye has risen his speed to its limits, and his full strength and the Laws of Speed caused him to practically tear through space!

However, it still wasn’t fast enough for him!

Faster! Just a little faster! A little faster! Yang Ye roared madly in his heart. His speed was growing faster and faster, and it didn’t take long for the space before him to be truly torn apart as he sped forward.

Five breaths of time later, Yang Ye arrived before the city with Yu Wushuang in his arms. He placed her before the city gates, and then he turned around and left without saying a single thing.

“Come back alive! Bring her back!” Yu Wushuang shouted loudly while Yang Ye had transformed into a ray of light that vanished into the horizon.

Wait for me! Wait for me! Yang Ye raised his speed to its limits. At this moment, his hair had turned scarlet red again, and there was madness and anxiousness in his eyes. Because he was very well aware that it was absolutely impossible for Lu Wan’er to be a match for that Saint from Sky Divine Hall. It was no different than courting death.

“How dare you try to fight a Saint with the strength of an ant!” Meanwhile, Li Yun’s cold shout resounded through the sky, and then numerous explosions resounded in the distance. An instant later, a figure crashed down from the sky and smashed against the ground.

The ground shook while everything in an area of 50m around the figure was obliterated from the aftershock!

The figure was Lu Wan’er!

“NO!!!” Yang Ye who’d just rushed over from afar witnessed this scene, and his eyes were instantly filled with rage while monstrous killing intent swept out from within him, causing everything in an area of 300m around him to be turned scarlet red.