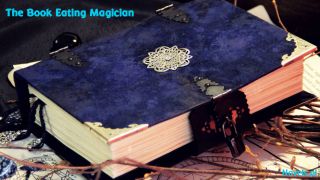 Yang Ye left the two little rascals and went to the Ascension Platform.

Yang Ye looked up at the clouds and felt a little lost.

Suddenly, a woman in a white dress appeared by his side.

She gently embraced his arm and spoke softly, “What's wrong?”

Yang Ye gazed at the peerlessly gorgeous face by his side.

Yang Ye kissed her gently on the forehead and replied, “Qingshi, while I cultivated in the last two days, I've been thinking, constantly thinking.”

She asked softly, “About what?”

Yang Ye looked up at the sky, “Since I started cultivating on Profounder Continent, I've been killing my way all the way until now. Killing, constantly killing. Either I get killed or I kill. So, I've been thinking, when will this killing ever stop?”

Su Qingshi fell silent because she couldn't answer that question.

Yang Ye shook his head and smiled, “In the beginning, my objective was to protect my mother and sister, but reality was just cruel. The more I wanted that, the more difficult it was to achieve. I've killed many all along the way, a huge number of people, and I still have to kill more once I go outside. I have to continue killing. Tell me, when will I ever stop killing? Do I really have to kill until the day I become unmatched?”

Yang Ye smiled and said, “I've really killed too, too many in my lifetime. My entire life has been spent killing, and I don't like killing. It is quite laughable to say this. A person who doesn't like killing is constantly killing.”

He looked up at the distant sky and continued, “But what can I do? If I don't kill them, they will kill me.”

Meanwhile, Su Qingshi spoke softly, “I just want you to be safe and well!”

Yang Ye turned to look, and he saw Sword Scroll.

Sword Scroll walked over to Yang Ye and looked him in the eye, “I have to say that some of your thoughts are foolish, very foolish!”

Yang Ye gazed at her and waited for her to continue.

Sword Scroll took another step forward. At this moment, she was very close to Yang Ye. She looked him in the eye, “Do you know that my previous master once said that the birth of all things, including people, was a form of cultivation. Since the moment we arrive in this world, our path of cultivation has already begun.”

She shook her head, “Do you know what the survival of the fittest means?”

She said, “Just think about it. Since you started your journey in the first world you were born in, how many people are gone now?”

How many were gone?

Not to mention anywhere else, just on Profound Continent, he'd lost his mother, Elder Mu, Qin Bufan, Yin Wan'er, Zi'er's father, the Emperor of the Grand Qin Empire… Besides that, there were many other places and worlds that he'd been through…

How many were gone?

All of them were gone.

Sword Scroll spoke softly, “The world is cruel and realistic. The strong go further and further, and the weak are eliminated. Just like countless sword techniques, fist techniques, and Laws you once used. Why don't you use them now? Because they aren't strong enough. When they aren't strong enough, they are eliminated by you. You're a realistic person, let alone this world?”

The weak were useless!

Yang Ye laughed bitterly. So I'm a person like that too.

Meanwhile, Sword Scroll continued, “Of course, that isn't wrong. Everyone must go higher and further. Those who speak about enjoying an ordinary life are actually just willingly allowing themselves to fall, and they are useless people. An ordinary life is mostly lived due to having no other choice. Only those who have stood at the peak have the right to speak about living ordinary lives. Because they've obtained everything they should. But some people don't really want to live ordinary lives, they are forced to. Because they don't have the ability to change their own lives and allow themselves to live extraordinary lives!”

She laughed bitterly at this point, “Yang Ye, life shouldn't be lived in mediocrity. We cultivators have lives that are much longer than ordinary people, but they are very short lives to us. It's best to fight while you're still alive. Because if you don't…”

She gazed at Su Qingshi at this point and smiled, “Allow me to be honest for a while longer. If you're a weakling, if you're an idiot, then would she like you? Would any of your drop dead gorgeous women look at you seriously? Of course, if you became an ordinary person now, I'm sure they would still stay with you. But if you were a useless ordinary person from the very beginning, I'm sure nothing would have started between you.”

If he was a useless piece of trash, would gorgeous geniuses like Su Qingshi and Xiao Yuxi even like him?

They definitely wouldn't. Or even if they did like him, he wouldn't have the ability to protect them.

There was emotion, love, and loyalty in life, but the precondition to it all may be built upon a person's own strength and ability.

If a man was poor, would a woman fall for him? Would anyone be willing to be that person's friend?

She gazed at Yang Ye and continued, “If you don't fight for yourself and try to seek an ordinary life, then not only will others come for your life, the heavens will too. Your life belongs to the heavens, and if you want to extend it, then you must cultivate. If you cultivate, then you must fight the heavens. Otherwise, you will gradually be eliminated from the world, just like the friends you had in the past.”

Yang Ye looked down at the sword in his grasp.

At this moment, he gained a slight understanding.

Yang Ye suddenly smiled, “There are a myriad types of Grand Daos, and I, Yang Ye, will use my Sword Dao to fight for it!”

As soon as he said that, a wave of powerful sword intent swept out from within him.

In an instant, Yang Ye's sword intent rose madly like an erupting volcano.

Cultivation was easiest for sword cultivators because they cultivated the heart. The stronger the heart, the stronger their sword would be. If the mind was clear the Sword Dao would be smooth.

But it was also most difficult because if the mind wasn't clear, the Sword Dao would be obstructed.

The reason for that wasn't just his cleared mind, it was because he wasn't lost anymore. He'd found a new direction for his Sword Dao, and it was to fight. In the past, he'd been fighting passively, but now he planned to do it actively!

Fight to the peak of the Sword Dao, and fight until he was invincible!

Suddenly, Yang Ye's sword intent surged back into his body like a receding tide.

The sword in Yang Ye's grasp shook violently, and then a ray of light shot up into the clouds.

His cleared mind had allowed his sword intent to instantly attain the World Lord Realm!

The improvement in his sword intent represented that his flying swords and Sword Domain would be improved tremendously.

Meanwhile, Sword Scroll suddenly said, “If you stop suppressing yourself now, how high would your cultivation go?”

Yang Ye gazed at her and smiled, “I don't know.”

He really didn't. He was constantly suppressing his cultivation, and if he stopped that and allowed it to rise, then he really didn't know where it would stop.

She glanced at him and nodded, “I look forward to the day you stop!”

Yang Ye chuckled, and then he took Su Qingshi in his arms and vanished on the spot.

In the Primordial Pagoda, Yang Ye accompanied Su Qingshi and the others for two days. They were cultivating too now, or it should be said that they'd always been. Just as Sword Scroll had said, they didn't want to be eliminated by the world.

Two days later, Yang Ye left the Primordial Pagoda with Snowy. He was a little afraid of Erya now. She kept trying to make Snowy eat people whenever she was with Snowy, and she was even trying to teach Snowy how to eat demon beasts. As for the little fellow, she really wanted to give it a try! That made Yang Ye have quite the headache!

In the sky above the Sword Ruins, Yang Ye glanced at the surroundings and was about to leave. However, a gray robed old man suddenly appeared nearby.

The old man's dressing was familiar to Yang Ye because it was similar to the old man from the desolate race whom Erya had swallowed the other day.

The old man glanced at Yang Ye, and then he flicked a golden card over to Yang Ye. There was a tiny “è” character on it.

Yang Ye frowned slightly, “What's the meaning of this?”

The old man explained indifferently, “Our Seventh Prince would like to meet you. I'm sure you'll give us face and come, right?”

Yang Ye glanced at the old man and flicked the card back to him, “I don't have a good impression of your race! So, I refuse to give you face!”

Yang Ye turned around and was about to leave.

However, the old man suddenly said, “If you don't give my prince face, then my prince may not give you face. Right, I forgot to tell you that he's a guest in White Emperor City right now. If you don't go, then…”

A moment later, Yang Ye was in front of the old man, and then Executor left its sheath.

Three swings with the Sword Domain!

The world shook before it and turned ethereal!

The old man's expression changed drastically. At this moment, he used all the strength he had!

Yang Ye sheathed his sword. The old man's eyes were still wide open as Yang Ye placed his hand on it and said, “Alright, I'll give him face. But lend me your head!”

As soon as he finished speaking, he lifted the head lightly, and he just lifted it off the old man's neck.

Just like that, Yang Ye had a sword in one hand and a head in the other as he traveled to White Emperor City.