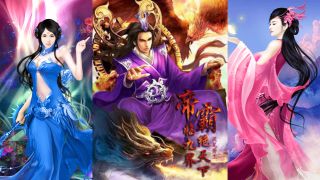 Fighting was prohibited in Sky City. But there would always be disputes where there were people, so people were allowed to fight in the Combat Arena and Life and Death Arena of Sky City.

The Life and Death Arena!

It was a place to decide life and death.

Normally, only one would leave the Life and Death Arena!

As soon as they entered the arena, many people gathered around from the surroundings. Moreover, more and more were arriving.

No matter which race it was, all of them liked to watch shows.

In the arena, an old man in a luxurious robe suddenly appeared out of thin air. He sized them up and said, “Life and death is decided upon here. Don’t put an end to your own future because of a moment of rashness.”

Fan Yao bowed slightly to the old man, “Thank you for the reminder, Senior. However, I’m determined to kill him!”

The old man gazed at Yang Ye, and Yang Ye shrugged, “He’ll regret what he just said in ten breaths of time!”

The old man took a deep and long glance at Yang Ye before he said, “You’re human!”

Clamorous noise arose in the surroundings. Everyone gazed at Yang Ye, and their gazes carried curiosity, ridicule, and so on and so forth.

Yang Ye glanced at the old man and asked, “What if he wants to kill me?”

The old man looked Yang Ye in the eyes, “I said don’t kill him!”

He looked the old man in the eyes, “Can we begin?”

The old man glanced coldly at Yang Ye, and then he vanished from the arena.

Once the old man vanished, a huge barrier of light appeared around the arena.

Fan Yao waved his hand, and a black spear appeared in his grasp. After that, he started walking slowly in Yang Ye’s direction, “Human, I…”

Suddenly, the arena shook, and Yang Ye vanished on the spot.

Yang Ye wasn’t interested in talking nonsense with Fan Yao before the battle!

The arena wasn’t small, and it was over 1.5km in width. There had been a distance of 300m between Yang Ye and Fan Yao just now.

However, Yang Ye had instantly crossed that distance.

Because he was too swift, his physical strength had caused the space in his wake to ripple.

At the instant Yang Ye’s figure vanished, Fan Yao’s face was covered in a solemn expression, and then his spear shot forward like a bolt of lightning.

The spear and fist collided, and the arena trembled beneath their feet. Meanwhile, Fan Yao’s spear suddenly fell back, and then he made a horizontal sweep with it.

Right when Fan Yao thought Yang Ye would try to block or dodge, Yang Ye stood there on the spot and allowed the spear to slam against his waist.

Fan Yao’s face warped, and his figure was blasted away. In an instant, he slammed against the barrier of light before crashing to the ground.

Even though Yang Ye had been pushed over 300m away by the impact, besides damages to his clothes, he hadn’t been cut into two like Fan Yao had expected.

Gasps resounded throughout the surroundings.

Yang Ye’s physical defenses were so strong that it shocked all the spectators!

After he crashed to the ground, Fan Yao was about to stand up, but a figure suddenly appeared in front of him. It was Yang Ye’s figure!

Fan Yao was shocked and hurriedly stabbed his spear towards Yang Ye’s chest.

However, Yang Ye didn’t dodge and just allowed it to stab him. However, when his spear stabbed against Yang Ye’s chest, he felt like he’d stabbed a thick plate of iron. He’d still succeed in pushing Yang Ye back, but Yang Ye had grabbed his spear as well.

Fan Yao was shocked and intended to release it. Because he knew that his physical strength was inferior to Yang Ye, so he couldn’t pull it out of Yang Ye’s grasp. However, at the moment he let go, Yang Ye had let go as well. An instant later, Yang Ye pressed forward and punched Fan Yao in the stomach.

A mouthful of blood sprayed from him as Fan Yao’s figure curled up and shot backwards.

This time, Yang Ye didn’t give Fan Yao another chance. As soon as Fan Yao hit the ground, a foot stomped on his stomach.

Another mouthful of blood sprayed from his mouth!

Yang Ye looked down at Fan Yao. Meanwhile, some shouted from below the arena, “Lowly human! Let him go!”

“You damnable human! Let him go!”

“This is the Sky Dimension! It’s not a place you can act wildly in!”

His voice rumbled like a thunderclap, and the surroundings instantly fell silent.

Yang Ye glanced coldly at them, “What? This is how the sky race acts? You’re a bunch of trash who can’t accept defeat?”

“You’ll have to pay for saying such things!” Suddenly, the old man from before appeared in front of Yang Ye, “Human, are you looking down on my sky race?”

Yang Ye turned to look at the old man, and then he chuckled, “I’m looking down on the sky race? I dare not do that! But if I’m to be honest, I’m very disappointed. It was a fair fight, but your sky race is acting like this. Tsk, tsk, to be honest, I don’t know where you get your pride from. Strength? If it’s strength, I’m sorry but I don’t see any of it. All I see is a bunch of shameless trash!”

Fan Yao’s head flew up into the air while accompanied by a fountain of blood!

Everyone was stunned as they hadn’t expected Yang Ye to suddenly do that.

Meanwhile, Yang Ye looked at the people down below, “Is the younger generation of the sky race only filled with people who know how to bark?”

The expressions of the others instantly became unsightly, and then they started pointing at Yang Ye and cursing.

Suddenly, Yang Ye roared with fury, “Shut the fuck up! If you can’t stand the sight of me, then come up here and kill me! Kill me if you can!”

Everyone gazed at Yang Ye. For some reason, looking at him made their hearts tremble.

“Human!” The old man beside Yang Ye spoke ferociously, “This is the Sky Dimension, it’s not a place that a lowly human like you can…”

Suddenly, Yang Ye gazed at the old man, “Fight me one on one!”

The old man was slightly stunned, and everyone else below the arena was stunned.

Meanwhile, Yang Ye walked over to the old man and said, “Cut the crap and fight me. What do you say?”

Clamorous noise resounded from down below!

While the old man was no big shot in the sky race, he was a 3rd stage Enlightened Realm expert!

Yet now, this human before them actually wanted to challenge a 3rd stage Enlightened Realm expert!

The old man in front of Yang Ye didn’t agree, and a solemn expression appeared on his face instead. He’d seen too many geniuses, especially those capable of surmounting their realms of cultivation in battle. Since this human before him dared to challenge him, it represented that the human was sufficiently confident!

“Elder Gu isn’t needed to kill you!” Suddenly, a voice resounded, and then everyone looked over to its source. A young man had suddenly appeared close to the arena.

“Mo Yunxian!” Some recognized the young man and exclaimed.

The human race had 1 King, 2 Emperors, 3 Saints, and 6 Greats. They represented the geniuses of the human race’s younger generation. As for the sky race, they had 1 Sky, 2 Evils, 3 Immortals, and 6 Wonders!”

Mo Yunxian was one of the 6 Wonders!

The wonders were outstanding geniuses that were only seen once in a few hundred years!

The spectators opened up a path.

Mo Yunxian grinned at them, and then he appeared before Yang Ye.

Mo Yunxian cupped his fist to the old man, “Elder Gu, leave him to me!”

Elder Gu nodded slightly, “My sky race has never lacked geniuses. Allow this human to experience it for himself.”

The old man nodded and glanced at Yang Ye, “You’ll regret what you just did in ten breaths of time!”

As soon as he finished speaking, the old man vanished on the spot.

Only Yang Ye and Mo Yunxian remained in the arena!

Mo Yunxian grinned, “I didn’t plan to interfere because it’s truly meaningless. Unfortunately, you’re really too arrogant. Just as you said, I really can’t stand the sight of you. Now, let me tell you how weak you are. Unfortunately, you won’t have a chance to repent. Because you’ll die. You…”

Suddenly, Yang Ye gazed at the old man, “Can we begin?”

The old man glanced at Yang Ye and said, “Of course!”

Yang Ye suddenly took a step forward, and then the surroundings instantly froze.

A moment later, a ray of light flashed.

A breath of time later, another ray of light flashed.

At this moment, Yang Ye was 3m behind Mo Yunxian.

Everyone gazed at the arena with bewilderment in their eyes.

Suddenly, Mo Yunxian’s head tilted to the side and fell off his neck.

All the spectators were stunned!

Yang Ye lowered his sword, moved aside, and said, “Next!”