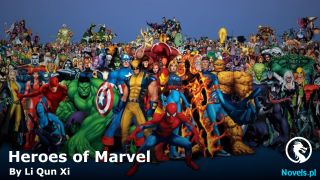 The talisman? Yang Ye was stunned. It didn’t take long for him to recall the talisman. He flipped his left hand and a talisman appeared in his grasp.

It was the talisman which had been stuck on the door to the room!

Yang Ye immediately placed it on his right arm. As soon as it was stuck to his arm, his trembling arm gradually calmed down. At the same time, his body stopped cracking!

Around 15 minutes later, his right arm calmed down completely.

Once it returned to calm, Yang Ye started to repair his body with Primordial Violet Energy. Just like that, an hour passed before Yang Ye’s body recovered completely.

“I underestimated its strength!” Suddenly, the Divine Yin Flame said, “As expected of the Wargod. Even if he died so many years ago, the energy contained within his arm is still so overbearing and powerful!”

Yang Ye nodded. He gazed at his right arm and still felt a wave of lingering fear in his heart. The energy from just now had been too powerful. If it had been allowed to continue surging through him, then it would have definitely obliterated him.

It was just an arm!

The Divine Yin Flame fell silent for a few breaths of time and replied, “It’s beyond your imagination!”

Meanwhile, the Divine Yin Flame added, “Your current body is still incapable of enduring its strength. So, don’t remove the talisman on your arm. Understand?”

“Of course!” Yang Ye nodded. He didn’t want to court death. The energy from before was really too strong, and the current strength of his body was utterly incapable of enduring that energy.

“You must grow stronger, understand?” Meanwhile, the Divine Yin Flame spoke abruptly, “There are many powerful cultivators in Milky Way System. Even though the formidable ones like my master have left this universe, it doesn’t represent that all of them have left. Moreover, while many of them have left, they left their inheritances here so that their inheritance isn’t lost to the world. Thus, don’t underestimate the geniuses of this world.”

Yang Ye nodded. He naturally wouldn’t underestimate others. Especially those Ancient Inheritors like Yang Ru. Yang Ru’s strength was definitely not limited to what he displayed that day, and Yang Ru surely had formidable trump cards!

Yang Ye seemed to have thought of something and gazed at the Divine Yin Flame, “Right, what’s in the 5th level?”

The Divine Yin Flame replied, “I’ve never been there, so how would I know?”

Yang Ye was at a loss for what to say.

Yang Ye remained silently on the spot for a long time, and then he vanished.

He didn’t leave the Primordial Pagoda and went to the 1st level instead.

He hadn’t forgotten about the Blood Puppets which he’d taken from Yang Xing. All three of them were at the Half-Step True Realm!

After he subdued them with the help of the Primordial Pagoda, Yang Ye immediately sent all five Blood Puppets to Merak System.

After the previous incident with Gu Xiu and Qian Hu, Yang Ye knew that many would definitely target his loved ones. So, he had to take precautions. Unless a True Realm expert went to Merak System, those five Blood Puppets were entirely sufficient to stop any other ordinary expert!

Suddenly, a sword howl resounded, and then a wooden sword appeared in front of him. Snowy’s round and fluffy figure was on it!

Snowy had perfected her technique in sword control on her own!

Snowy cracked a smile when she saw Yang Ye, and then she flew over to his chest and rubbed her head against his chin.

Yang Ye grinned as he rubbed her head, and he asked, “Snowy, how about I teach you a sword technique?”

Snowy looked up at Yang Ye, blinked, and then quickly nodded.

Yang Ye flipped his palm, and the Sword Precursor appeared in his grasp. After that, he gazed at Snowy, “This is called the Sword or Rebirth!”

As he spoke, he closed his eyes and focused. A moment of silence ensued before he suddenly opened his eyes. At the moment his eyes opened, he transformed into a ray of light that appeared over 10km away.

The space here rippled like the surface of water!

Snowy’s eyes lit up when she witnessed this, and then she stretched out her claw. The wooden sword immediately flew into her claw, and then she closed her eyes as well. Quite some time passed before she opened her eyes just like Yang Ye had.

At the moment she opened her eyes, the wooden sword in her claw trembled violently. In an instant, both she and the wooden sword transformed into a ray of light that appeared over 10km away.

Yang Ye was quite stunned by this. Because Snowy’s attack wasn’t very different from the Sword of Rebirth that he’d just executed. However, a moment passed before Yang Ye shook his head. He noticed that while it looked the same on the outside, there actually was a difference.

It had form but no spirit!

Meanwhile, Snowy flew over to Yang Ye and cracked a smile while anticipation filled her eyes.

Snowy’s smile grew even brighter, and then she flew over to Yang Ye and gave him a peck on the forehead. After that, she went over to the wooden sword and pointed forward.

A sword howl resounded, and then it transformed into a ray of light that vanished into the sky.

Yang Ye shook his head and smiled, and then he gazed at Zi’er who’d suddenly appeared by his side, “Is it boring in here?”

Zi’er shook her head slightly, “Staying here means that I’m with you at all times, and I won’t be bored while I’m with you!”

Yang Ye’s heart felt warm. He hugged her lightly, causing her delicate figure to tremble slightly before returning to normal.

Yang Ye looked up at the sky. The fight for succession was in two days.

Yang Ye spoke indifferently, “Do you need something?” He didn’t have a good impression of her at all.

Yang Xuan glanced at him and said, “Do you have a safe place to talk?”

Yang Ye pondered deeply for a moment, and then he vanished on the spot.

Yang Xuan vanished on the spot right after him.

In a room, only Yang Ye and Yang Xuan were present.

At this moment, the room was within the scope of his Sword Domain, so even a True Realm expert couldn’t eavesdrop on them.

“The fight for succession is about to begin!” Yang Xuan spoke in a low voice, “How are your preparations going?”

Yang Ye spoke indifferently, “What preparations? Do I have anything to prepare?”

She glanced at him and asked, “You intend to fight on your own?”

Yang Ye shook his head, “I have An Nanjing.”

Yang Xuan spoke in a low voice, “That’s too little.”

Yang Ye replied, “Then why don’t you find me a few True Realm experts to help me?”

Yang Xuan gazed at Yang Ye, “I’m not joking. The Yang Clan’s fight for succession is divided into three rounds. Do you know what the first round is?”

She explained, “The first round is called panning. It represents panning out those with strong support from those with weak support. Because the first round is a test of supporting forces. Once it begins, the clan will stop protecting the participants in Phecda City. At the same time, the powers that the young masters of the clan have gathered and grown in the outside world will be allowed entrance into the city. Do you know what that represents?”

Yang Ye fell silent for a moment and said, “A group battle!”

Yang Ye remained silent for a short while and replied, “Will True Realm experts join the battle?”

She looked him in the eye and continued, “Even though no True Realm experts will be participating, some experts, and especially those monstrous geniuses are very likely to even be able to fight True Realm experts. The young masters may bring the top ten on the Milky Way Rankings to help them. Just like Yang Xing, he has Ming Mo with him. Even though Ming Mo lost to Yang Ru, I’m sure you’ve witnessed how strong he is. Advancing a ranking amongst the top ten is as difficult as ascending to the heavens. Understand?”

Yang Ye spoke in a low voice, “This round is a competition of who can gather more experts to his side, right?”

Yang Ye thought for a moment and said, “What if I have no help?”

Yang Xuan replied, “What do you think?”

Yang Xuan asked, “You’re going to fight all of them on your own?”