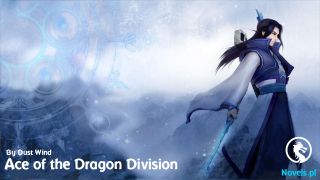 Yang Ye looked up, and he saw a small flame floating there.

It was the Divine Yin Flame.

Yang Ye didn’t speak and just withdrew his gaze. Because he didn’t even have the energy to speak.

It didn’t take long for a huge amount of Primordial Violet Energy to appear around him, and they surged into his body. His body started to heal swiftly with its help, and his body had fully recovered around an hour later.

Yang Ye stood up slowly and gazed at the Divine Yin Flame, “The Unyielding Physique?”

The Divine Yin Flame replied, “Look at your own body!”

Yang Ye looked down, and then he gazed at the Divine Yin Flame, “There’s nothing different about it!”

Yang Ye was blasted 3km away.

Yang Ye looked up at the Divine Yin Flame, “What are you doing?”

The Divine Yin Flame replied, “Look at your chest!”

Yang Ye looked down. The flesh there had turned pitch black from being burned by the flame.

“See that?” The Divine Yin Flame continued, “In the past, your body was utterly incapable of enduring my strength. Yet now, it can endure my strength.”

So, when he thought up to this point, Yang Ye quickly closed his eyes and scanned his body.

A long time passed before Yang Ye opened his eyes slowly. He gazed at the Divine Yin Flame, “I feel like something has changed, but I can’t put a finger on it.”

“It’s a qualitative change!” The Divine Yin Flame continued, “You endured the test of that arm. No, it should be said that you obtained its acknowledgement. So, it transferred its Unyielding Will to you, and then the Unyielding Will made your soul, bones, heart, and body undergo a qualitative transformation!”

Yang Ye said, “So, it has strengthened my body?”

“Not just your body!” The Divine Yin Flame continued, “Your soul, heart, and intents as well. Take a look at your soul, sword intent, and slaughter intent.”

Yang Ye pondered deeply for a moment, and then his soul flashed out of his body. He glanced at himself, fell silent for a long time, and then spoke solemnly, “It’s stronger than before.”

“The Unyielding Soul!” The Divine Yin Flame continued, “The most terrifying part of that Wargod from all those years ago was how unyielding he was. No one could make him yield. Even Master wasn’t able to make him yield. Unyielding is a form of energy, or to be more precise, it’s a form of conviction! Do you know what the energy of conviction represents? It something imaginary to some people, but to others, it really does exist!”

He could sense that both of them had undergone a qualitative transformation!

He paused for a moment and continued, “Unyielding represents the conviction to rather die than yield, and it’s just like the core of your Sword Dao.”

The Divine Yin Flame replied, “Your slaughter intent and sword intent contain your Unyielding Will, so their strength far surpasses their realms. It’s like a piece of iron being forged into a sharp sword. Even though the sword is still iron, can a piece of iron compete with its might?”

Yang Ye was stunned for a moment, and then he felt wild joy!

The Unyielding Will had made his entire body undergo a qualitative improvement. Simply speaking, it has allowed him to advance to a higher level!

A comprehensive improvement of strength!

Yang Ye suppressed the excitement he felt and gazed at the door, “Thank you!”

“There’s no need to thank it!” Meanwhile, the Divine Yin Flame spoke abruptly, “Actually, it has nothing to do with it.”

Yang Ye was puzzled, “It has nothing to do with it?”

The Divine Yin Flame asked, “You think it was testing you just now?”

Yang Ye replied with a question, “Wasn’t it?”

“Of course it wasn’t!” The Divine Yin Flame continued, “It doesn’t have a consciousness of its own, so tell me how it would test you? It was instinctively protecting itself. It really wanted to kill you just now. Understand?”

“Of course!” The Divine Yin Flame said, “Do you think it was playing with you?”

Yang Ye wiped off the cold sweat on his forehead, “Then why didn’t you or the Primordial Pagoda help me?”

“Why should we?” The Divine Yin Flame continued, “If you can’t even get through that, then your life is just a waste of Primordial Violet Energy!”

Meanwhile, the Divine Yin Flame added, “The path of cultivation is a very long path. You must experience numerous tribulations. We can help you with some, but there are some that you have to overcome yourself. Only by overcoming them will you be able to grow, improve, and gain more experience. Just like what happened earlier. If we helped you, you wouldn’t obtain an unyielding will, you wouldn’t obtain an unyielding spirit, and you wouldn’t be able to gain its help. Understand?”

Yang Ye fell silent for a long time before he nodded, “I understand.”

He had to mostly rely on himself when it came to cultivating!

Yang Ye seemed to have thought of something and said, “Didn’t it want to kill me? Then why did it help me?”

The Divine Yin Flame pondered deeply for a moment at this point, and then continued, “You should be aware that all intents aren’t able to grow without a source. As for weaker intents, they aren’t even able to exist in the world for long. So, when it noticed that you’ve comprehended an unyielding spirit, it immediately treated you as its master.”

“I see!” Yang Ye nodded and said, “Then can I take control of that arm as well?”

“No!” The Divine Yin Flame said, “Don’t underestimate that arm. It’s the arm of the Wargod from all those years ago, and the energy it contains is extremely terrifying. The slightest mistake may cause you to be obliterated by the energy within it! However, your body and strength have both improved, so you can try. But don’t let your guard down!”

As he spoke, he looked up at the door. He remained silent for a moment, and then he started walking towards it. It didn’t take long for him to enter the room.

The room was very small, and it was less than 30m wide. An arm with a golden bracer on it was floating at the center of the room, and the arm looked no different than an ordinary arm.

Yang Ye gazed at the Divine Yin Flame, “What should I do?”

The latter replied, “Which arm do you intend to change?”

Yang Ye thought for a long time and gazed at his right arm, “My right arm!”

The Divine Yin Flame said, “Put a drop of your right arm’s blood into it.”

Yang Ye nodded, and then he walked over to the arm and flicked a drop of his Blood Essence into it.

As soon as his blood entered the arm, it shook violently, and then it transformed into a pool of blood that surged into Yang Ye’s arm. Yang Ye’s eyes instantly opened wide at the moment the blood entered his arm.

The pain went deep into his marrow!

“AH!!” A furious howl resounded within the room, and then Yang Ye suddenly slammed his right arm against the ground.

The entire ground shook while the space around him cracked open in an instant. However, it only took an instant for the space here to be repaired.

It wasn’t space that had cracked apart, it was Yang Ye’s body! In an instant, countless strands of blood seeped out from his body, and he was drenched in blood.