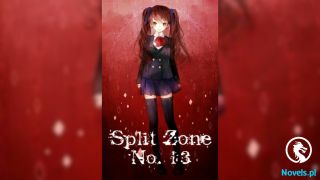 «Alchemy Emperor of the Divine Dao (Web Novel) - Chapter 2614: Smacked to Death with a Single Strike

Chapter 2614: Smacked to Death with a Single Strike

After faltering for a brief moment, Luo Fuming suddenly turned around to flee.

Even his spiritual attacks couldn’t affect Ling Han, so how could he possibly hope to rival the latter?

When at the Third Heaven, Ling Han had already been capable of rivaling Luo Fuming with the help of his Divine Demon Sword. Now that Ling Han had advanced two levels compared to back then, how could Luo Fuming have even a sliver of a chance?

Not only did he have no chance at victory, but he even faced the risk of death.

He was bloodthirsty, and he was greedy. However, in the face of certain defeat and death, he naturally wouldn’t be as foolish as to charge forward with no regard for anything else.

Ling Han shook his head, saying, “It’s too late!” He reached over to grab at Luo Fuming.

Like a lofty mountain, the Regulations transformed into a corporeal hand that completely blocked all paths of retreat for Luo Fuming.

“No…!” There was shock and disbelief on Luo Fuming’s face, and there was more so a sense of regret and resentment. Why hadn’t he fled earlier? Why had he cornered himself into such a deadly situation?

He wasn’t that kind of person!

A strong sense of confusion overtook Luo Fuming. He had always been a cautious person who refused to do anything he wasn’t certain about. However, Ling Han had already been able to rival him while at the Third Heaven, and this was the case even though Luo Fuming had mastered powerful spiritual secret techniques. Now that Ling Han had surpassed the Fourth Heaven and entered the Fifth Heaven, why had Luo Fuming still dared to target the former? Why had he still been led astray by his greed?

Even up until this moment, he still couldn’t understand what it was that had affected him. His actions were in complete contrast to his usual behavior.

The surrounding Celestial Kings were all stunned upon seeing this. They couldn’t help but tremble in apprehension.

However, Ling Han simply shook his head. Following the rise in his cultivation level, he discovered that it became increasingly difficult to kill those who were at a higher cultivation level than him.

Luo Fuming had only been an emperor tier, and if it weren’t for this unique environment, it would have been impossible for him to reach the Seventh Heaven in the first place. Moreover, this kind of Seventh Heaven was as weak as could be. It was because of this that Ling Han had managed to kill him with ease with a single smask. However, what if he were a Seventh Heaven monarch tier? In that case, killing him would have been far more difficult.

If others knew of his thoughts, they would definitely berate him for being greedy.

He had already killed an enemy two levels above him, and this was already a heaven-defying feat, yet he was still disappointed and sighing that this wasn’t good enough?!

Ling Han flicked through Luo Fuming’s Spatial Celestial Tools. However, there were only a few hundred Ascending Dragon Pills inside them. This was naturally far inferior to the Azure Ghost Celestial King’s wealth.

However, this couldn’t be helped. After all, Luo Fuming was only a Seventh Heaven Celestial King.

Ling Han sat down cross-legged, holding the Dimension Scroll in his hands. Now that the upper limit of his cultivation had been unlocked, he could naturally elevate the level of his Body Art again.

He didn’t know what other dangers lay in the Ancient Tomb, but he knew there would definitely be more challenges ahead. Otherwise, those Ninth Heaven Celestial Kings would have already obtained the remaining scrolls of the Nine Transformations Divine Scroll and retreated from this place long ago.

It was naturally good to increase his strength. Moreover, this wouldn’t take much time anyway.

Even so, Ling Han immediately fell silent after sitting down. In the blink of an eye, 17 years passed.

However, no one stepped forward to disturb Ling Han. This was because his act of killing Luo Fuming with a single strike was still a hotly discussed topic among the others. Even though the newcomers were skeptical of this, they still decided not to provoke Ling Han, since there wasn’t any real need to. After all, what if the rumors were true?

However, there were always arrogant and cocksure people.

“Exactly! Why don’t they claim that he killed a Nine Heaven Celestial King?” someone beside her said in agreement.

This was a group of youths who appeared as profligate as could be. There were nine people in total, six men and three women. Their strength was very similar, and they were mostly all at the Fifth Heaven. Two of them were at the Sixth Heaven, one male and one female, and they were both wearing an aura of arrogance.

“Young Master Xu is a monarch tier one in a trillion years, yet even he can only guarantee victory against those at the same cultivation level,” a man in black said as he pointed his thumb at the man who was at the Seventh Heaven. “Yet, they’re claiming that this person managed to slay a Seventh Heaven Celestial King while at the Fifth Heaven? Then what does that make of Young Master Xu?”

“And Sister Qing! She’s also a Sixth Heaven monarch tier, and she’s destined to become a peerless Ninth Heaven empress in the future!” another woman added.

The man and woman who were praised both wore modest smiles. However, their expressions were as arrogant as could be, and it was clear that they completely agreed with these words of praise. They felt like they were indeed this powerful.

A youth in purple strode forward, and said, “Who is that person? Come on out. I, Liu Yuheng, want to see what kind of three-headed and six-armed beast you are!” He swept his gaze around, peering down at those in the surroundings.

“What a haughty person!” someone mumbled.

“Shush! Hold your tongue! Don’t you recognize these people?” his companion hurriedly said in warning.

“Are they that impressive?” the other person asked in puzzlement.

His companion nodded, saying, “That’s right. The Heaven Transforming City is brimming with elites, and there are more than 100 Ninth Heaven Celestial Kings in that place. Moreover, the first batch of Celestial Kings who were locked into the Celestial King Graveyard… are all genuine elites. Which one of them doesn’t have a terrifying background? Which one of them isn’t supremely talented? To say nothing of them, even their descendants are extremely powerful and talented. It’s rumored that many of them are monarch tiers!”

The title of monarch tier could explain everything.

Similar conversations took place in many different corners. Even though their minds were all affected by the black energy, their most basic and primal sense of respect and fear still remained. Thus, none of them dared to provoke these young masters.

Liu Yuheng peered down at the surrounding cultivators. Even though their voices were low, he could still hear them as clear as day. Their words caused him to feel incredibly smug.

Their identity as members of Heaven Transforming City was extremely beneficial.

He scoffed, and said, “Sure enough, this person is full of hot air. After seeing me, you don’t even dare to step forward! Haha!” He pointed to a random person, saying, “You! Tell me where that so-called freak is!”

The person he pointed to naturally didn’t want to offend Ling Han. However, he had never witnessed Ling Han’s might with his own eyes, and he had only heard about it from other people’s descriptions. As such, he felt more threatened by these young masters from Heaven Transforming City. After hesitating for a brief moment, he pointed at Ling Han.

Liu Yuheng looked over, only to see a person sitting cross-legged far in the distance. The space surrounding him was clear, and it was as if he were the moon being highlighted by the stars, and as if he were an emperor sitting before his subjects. It was as if his paramount might destined him to solitude.