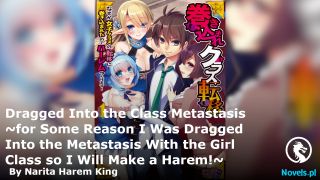 «Alchemy Emperor of the Divine Dao (Web Novel) - Chapter 2385: The Kong Clan is No More

When he unleashed his Body Art, he could reach a Vitality Index of over 4400. This was thanks to the might of the Heavenly Venerate Blood from Heavenly Venerate Wu Le. However, this blood hadn’t unleashed its might all at once, and it would gradually allow Ling Han to become more powerful.

Even though Heavenly Venerate Wu Le had already removed the murderous aura from the blood, if it unleashed all of its might at once, Ling Han would definitely still be killed several times over.

If this blood were bestowed upon anyone else, even though they would also receive huge benefits, it would still be incomparable to what Ling Han had received. This was because only Ling Han could draw on the power of heaven and earth to temper his body. These two notions were aligned.

If one couldn’t draw on the power of heaven and earth, they would also fail to fully utilize the potential of Heavenly Venerable Blood.

Right now, Ling Han was far too ferocious. With a few strikes, he easily defeated the four Ascending Origin Tier elites from the Kong Clan. Of course, this was easier due to the fact that only Kong Ye had reached the consummate level of the Ascending Origin Tier. The other three were either at the Small Accomplishment or the Great Accomplishment. The gulf between them was far too great.

After being suppressed by Ling Han, the members of the Kong Clan had no option but to lead this wolf into their house.

Upon arriving, the remaining five Ascending Origin Tier elites also charged forward to attack them. However, they couldn’t even defeat the Empress and Hu Niu before being suppressed.

Right now, the Heavenly Emperor of Thunder and Fire was living the high life, recuperating in the Kong Clan with three Ascending Origin Tier elites serving him. If he were slightly unhappy, he would chide them with no reservations. After suffering for over 10,000 years, he was naturally pent up with rage.

However, he was even more worried about the treasure map that the Kong Clan had obtained at that time. Just what kind of treasure had they found? It had actually allowed them to flourish to this stage!

Ling Han was also filled with curiosity. He dragged the Ascending Origin Tier elites over, and interrogated them again and again.

This was evidently a big secret of the Kong Clan. Thus, the Ascending Origin Tier elites at the Small Accomplishment and Great Accomplishment were indeed unaware of it. They were completely dumbfounded no matter what Ling Han asked them. Only Kong Ye acted secretively and suspiciously.

Ling Han couldn’t be bothered plucking his soul, so he handed this task to Bewitching Maiden Rou. She was a master of controlling others.

With Bewitching Maiden Rou’s cultivation, she shouldn’t have been capable of affecting an Ascending Origin Tier elite at the consummate level. However, Kong Ye’s cultivation had been sealed by Ling Han, so he couldn’t resist her ability at all. With a few simple questions, he quickly revealed all that he knew.

Following the treasure map, the Kong Clan had managed to uncover an astonishing treasure trove. They had obtained an enormous number of alchemical pills, and it was these alchemical pills that had helped them soar in leaps and bounds in these past several billion years. In such a short span of time, they had gained hundreds more Ascending Origin Tier elites.

However, this treasure chamber still contained many seals that had yet to be undone. Thus, the Kong Clan had only obtained a portion of the treasures.

Because of its importance, even Kong Ye didn’t know where this treasure chamber was located. This secret was buried deep in the heart of the ancestor of the Kong Clan.

“The treasure storage of an ancient Celestial King?” the Heavenly Emperor of Thunder and Fire asked in excitement.

His heart thumped in excitement. He was only a step away from becoming a Five-Star Alchemist. If he were able to interact with some Five-Star alchemical pills, perhaps this door would be pushed open, allowing him to take the final and most critical step.

“Five-Star Alchemist!” An expression of respect and reverence involuntarily spread across the Heavenly Emperor of Thunder and Fire’s face.

Ling Han shook his head, lightly punching him in the shoulder, and saying, “There’s nothing special about Five-Star Alchemists. In the near future, your older brother will also become such an existence.”

“Haha!” The Heavenly Emperor of Thunder and Fire naturally didn’t believe this. Being talented in cultivation and being talented in alchemy were two completely different things.

Ling Han didn’t explain himself. In any case, there would come a day when his underling would become transfixed with shock.

After waiting for just two days, the army of the Kong Clan finally came charging back.

“Get the f*ck out here!” an old man with white eyebrows and white hair bellowed. He was tall and sturdy, and he was dressed in a red robe. He was none other than the clan leader of the Kong Clan. At the same time, he was also the first Ascending Origin Tier elite of the Kong Clan. He was the one who had obtained the treasure map.

Upon arriving back at the clan, he was immediately flooded with wails of grief and vexation. This was naturally because the Heavenly Emperor of Thunder and Fire had been far too wanton about taking his anger out on them. The past two days had been agonizing torture for the members of the Kong Clan.

It had only ever been them enslaving others. How could they possibly accept the opposite?

Lightning shook heaven and earth as dark clouds formed above the Kong Clan.

This was… heavenly tribulation!

The members of the Kong Clan were all given a fright. Heavenly tribulation was indiscriminate, and its rage could easily reduce the entire Kong Clan to rubble.

A figure soared into the sky. It was none other than the Empress.

She had accumulated enough experience, so she resolutely unleashed her cultivation to invite heavenly tribulation.

She cared nothing about others, so she naturally didn’t give a toss about whose home this was. In any case, it would be fine as long as it wasn’t her own home. Thus, she decided to face her tribulation here.

Deafening thunder rumbled as arcs of vicious lightning blasted toward the Empress.

The Empress was an extraordinary being. She was an Eleventh Secret monarch star, and she had even cultivated some Source Power. Thus, in the eyes of heaven and earth, she was an anomaly that couldn’t be tolerated.

As such, this heavenly tribulation was as terrifying as could be, its power far surpassing what ordinary cultivators at the Small Accomplishment of the Ascending Origin Tier would face.

This greatly alarmed the members of the Kong Clan. They thought this was an elite advancing from the Small Accomplishment to the Great Accomplishment. Moreover, even though heavenly tribulation wouldn’t strike innocent people, it would be indiscriminate toward buildings and other inanimate objects.

After just two or three strikes of lightning, the Kong Clan was already reduced to ruins.

All they could do was bellow in rage, swearing to themselves that they would definitely crush Ling Han and the others to death.

After half a day, the dark clouds finally dissipated, signaling the conclusion of heavenly tribulation.

Just as the members of the Kong Clan were about to unleash their fury, dark clouds formed above their heads again, signaling the arrival of a new heavenly tribulation.

‘F*ck! What’s going on?! They’re lining up to face tribulations?!’

“Niu is also going to play!” Hu Niu shouted in excitement. She dashed into the sky, beginning to face her tribulation.

The members of the Kong Clan all wore ashen expressions.

Even though their headquarters had been destroyed by the Empress’ tribulation, there had still been a possibility that they could have rebuilt it. However, with Hu Niu’s tribulation lashing down, the flattened earth was further transformed into an expanse of uneven craters.

However, this was only the beginning. Judging by the size of the tribulation, it was as if it wanted to transform the ancestral grounds of the Kong Clan into a vast sea.

Sure enough, after half a day, the ancestral grounds of the Kong Clan vanished once and for all. What replaced it was a gigantic lake that was almost as large as a sea.

The members of the Kong Clan were already seething with rage. Just as they were about to unleash this rage…

There was the rumble of thunder as another tribulation formed overhead.

This time, it was Bewitching Maiden Rou. She had also recultivated to the Ascending Origin Tier. She soared into the sky to face her tribulation.

After half a day, the gigantic lake truly transformed into a sea.

“You utterly disgusting trash!” the ancestor of the Kong Clan roared as he glared at Ling Han and the others. When Ling Han’s three wives had been facing their tribulations, he had drawn the others into his Spatial God Tool. Meanwhile, he had dealt with the shock waves of the tribulation by himself. This was nothing for him.

The ancestor of the Kong Clan could barely control his rage. He was going to kill them all! No, he was going to f*cking eat them alive!