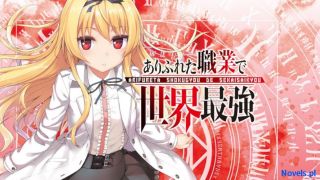 Like a crashing wave, a palm strike surged over, bringing with it a terrifying might that made it seem like the heavenly fury of a great emperor.

A figure immediately appeared, landing before Ling Jianxue and Wenren Yue. This person was none other than Ling Han.

His face was filled with killing intent, and his Regulation of Slaughter had more so become material and tangible. This Regulation swarmed around his body, and it was as if it could crush heaven and earth.

Sui Yuanliang had initially been calm and uncaring. Although his attack had been blocked, he naturally didn’t need to unleash his full power against a measly Fourth Severance cultivator. Thus, this attack had utilized less than one-ten-thousandth of his power.

As such, it wasn’t surprising that Ling Han had managed to block his strike. He could tell that Ling Han’s battle prowess was only at the peak stage of the Fourth Secret, and it had yet to reach the Fifth Secret.

However, when Ling Han appeared before him, he couldn’t maintain his composure any longer. In fact, his jaw almost dropped to the floor.

‘Motherf*cker! This person who possesses a Fourth Secret battle prowess is actually a Heaven Soul cultivator?!

‘How is this possible?!’

A string of curses raced through Sui Yuanliang’s mind, and he felt as if he were having a dream. Everything felt so unreal.

‘How is it a Heaven Soul cultivator? How is this possible?!’

The gulf between the Dividing Soul Tier and the Immortal Palace Tier was like the gulf between heaven and earth. Regardless of how prodigious one was, this wasn’t a gulf that could be overcome.

In reality, however, Ling Han had indeed blocked his strike. He possessed the battle prowess of a Fourth Secret elite!

“Old bastard, you’re seeking death!” Ling Han roared with raging killing intent. With a stomp, he unleashed his Regulations of Lightning and Regulations of Time in unison, arriving before Sui Yuanliang in a flash. He then clenched his fists to attack.

No matter how astonished and stunned Sui Yuanliang was, he naturally wouldn’t allow Ling Han to attack him at will. He hurriedly raised his right hand to block Ling Han’s attack.

With his reflexes as a cultivator, he could unleash a terrifying power with this hurried strike even though he was shell-shocked.

Their attacks collided, and his body only leaned back a slight amount. Meanwhile, Ling Han was directly sent flying.

Sure enough, his opponent only possessed a battle prowess at the Fourth Secret. He was no match for him.

Sui Yuanliang felt slightly more confident. At the very least, he possessed a definitive advantage in terms of battle prowess.

How could there exist such a freak in this world?

Activating his Void Space, Ling Han instantly flashed before Sui Yuanliang again. With a turn of his hand, a wave of boundless Sword Qi swept forth. This was the Heaven Destroying Nine Swords, a Celestial King Tier technique!

Sui Yuanliang hurriedly moved to block this attack. He possessed an advantage in cultivation level, so he was able to easily block Ling Han’s attack. However, he didn’t relax in the slightest. Not only was Ling Han’s battle prowess heaven-defying, but even his physique was utterly heaven-defying. Even though he was sent flying time and time again, he just couldn’t be wounded no matter what. He continued to charge back and attack with vigor and might.

This was extremely uncanny. Even though Sui Yuanliang’s battle prowess was superior, he was surprisingly the one who was on the defensive.

His defenses were watertight, so he wouldn’t face any life-threatening danger. When his shock finally subsided, what replaced it was a feeling of incandescent rage.

He, a Fifth Secret elite, was actually… being pummeled by a measly Heaven Soul junior!

Sui Yuanliang unleashed a powerful attack, with eight columns of azure flames erupting from his body, and forming the Eight Trigrams.

“Mythical Mountain Quaking Fire!” he roared. Numerous celestial symbols materialized, with each of them possessing a mystical ability.

However, Ling Han was unfazed, and he directly soared through the flames as he threw another punch.

He possessed a Source Power of Fire, so as long as his opponent’s battle prowess didn’t surpass his too much, any fire element attack would be like blowing dust onto his body. It would be completely ineffective.

Right now, he was as furious as could be. There was only a single thought running through his mind, and that was to pummel the bastard in front of him to death. This bastard actually wanted to kill his son!

‘Just who in the world is this person?!’

If his opponent were a Celestial King, then so be it. Celestial Kings could control the Heavenly Dao, so it wouldn’t be a stretch to call them a divine son, the son of heaven and earth. However, a Heaven Soul cultivator? Just what kind of joke was this?!

Ling Han’s fighting spirit continued to soar without limits. At this moment, he had already forgotten about Source Powers of heaven and earth, power of Regulations, and so on. He simply swung his fists, yearning to unleash his uncontrollable fury.

It wasn’t only Sui Yuanliang who was shocked into a stupor.

Tang Tao, Ling Jianxue, and Wenren Yue were also transfixed with shock. It was just that Wenren Yue was too weak, and his level was too low, so he only knew that Ling Han was incredibly strong. However, he didn’t understand the astonishing implication of Ling Han’s strength.

Meanwhile, Tang Tao and Ling Jianxue were truly stunned into silence. Which one of them didn’t know about the gulf between the Dividing Soul Tier and the Immortal Palace Tier? Moreover, Sui Yuanliang was a Fifth Secret elite, so he could easily crush even Fourth Secret elites. Yet, he was actually unable to defeat a measly Dividing Soul Tier cultivator.

Sui Yuanliang’s battle prowess was seemingly superior, yet in reality, he was the one on the back foot and being pummeled. They could see this with their own eyes, yet they were still unable to fathom and believe it.

The most astonished person was Ling Jianxue. He had been brought into the Celestial Realm at a young age, and he had spent few years even with his mother, Helian Xunxue, before being sent to the Heavenly Saint Palace. Even so, he still had some memories of her. As for Ling Han, however, he had absolutely no impression.

Thus, he naturally wouldn’t think that the man who had suddenly leaped out in explosive fury out to save him was actually his father.

Ling Jianxue’s expression was extremely strange. ‘Why is this freakish person helping me? Moreover, why is his expression as if his son has been beaten? Is this really necessary?’

“He’s not your father, right?” Wenren Yue murmured. Because Ling Han was far too mighty, he also started to gradually relax. He started to believe that they could make it out of this dangerous situation alive. Thus, he was also in the mood to joke around.

“How is that possible?!” Ling Jianxue replied. He shook his head without hesitation.

What a joke! His father was still in a small world, and even though 10,000 years had already passed, he had probably only just succeeded in opening the sky, and entering the Ancient Realm. It was hard to say whether he had even reached the Mountain River Tier.

It wasn’t that he was belittling his father. Rather, this was decided by Ling Han’s environment. It would be useless regardless of how talented he was.

Cultivation naturally couldn’t be without resources.

“Actually, you really do share some similarities with him,” Wenren Yue said. He had initially been joking, but upon closer observation of Ling Han, he became increasingly curious.

Ling Jianxue shook his head, clearly refusing to believe this.

“Jianxue!” Right at this moment, he suddenly heard a voice from behind him.

Ling Jianxue’s heart shuddered, and he replied without even turning around. “Mother!”

Wenren Yue clapped his hands, and said, “And you’re still saying that he’s not your dad? Even your mother has come, so can your father still be far away?”

Hu Niu and the other women arrived, and Helian Xunxue directly rushed over to her son.

Ling Jianxue wanted to move, yet he suddenly coughed out a mouthful of blood.

“Junior Brother Ling, don’t push yourself!” Chen Shuangshuang said as she rushed over. With Helian Xunxue on the left and her on the right, they together helped Ling Jianxue up.

“Mother, why have you come?” Ling Jianxue asked in curiosity. However, he was feeling even more anxious. In order to obtain that sword, the Dragon Universe Palace was willing to kill everyone in their way.

“Ling— Huh? What did you call her? Mother?” Chen Shuangshuang was extremely simple-minded, and only at this moment did she suddenly notice this detail.