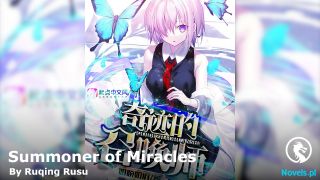 As Martha declared the start, Dirk caught a fish with a whip and chopped it up.

“As expected of Dirk Barton. He’s said to be on the top even among the Knights.”

While talking, the Light-sama and Dark-sama duo defeated a fish monster as Dirk caught one of his own. I did not know Pitch Dark-sama was able to use swords, too.

Jash skillfully took down a monster with a throwing knife. He and Dirk seemed to be in perfect synch, as they killed one after another.

They are quite good, as expected of Dirk! We cannot lose! I shouted.

“Kuurin! Go into the sea, turn huge, and chase them to the shore!”

Chased by the giant fish Bahamut, the monsters were driven to the shore. There…!

The Water Spider Suigetsu-san cast a sticky net on the monsters.

“I will turn you into sashimi!”

I got a big haul by using wind magic! I really want to eat sashimi now.

“Can we win against that?”

Dirk’s team was stupefied. I’ve taken down dozens of them all at once, and Rabisha-chan, Milfi, Sabo-san, and Cidar-kun were chasing down the the spillovers… no, Cidar-kun’s pipsqueaks were taking them down too! They were a surprisingly strong force to be reckoned with!

One of the fish that escaped the net attack was charging towards Milfi! I told her to step back, but she was too far away from me. I couldn’t make it in time from my position!

In the nick of time, Cidar-kun took Milfi into his embrace and avoided the monster. Sabo-san immediately took care of the fish with his needles.

“The princess is safe.”

“Ah, uh… she seems to have no injuries, right!”

Milfi has soft pink blonde hair with a light curl. She has sapphire eyes, long lashes and rosy lips. She’s also currently wearing a white dress onesie. She’s indeed a princess! She sure looks like a princess from a story!

“You certainly are graceful and gentle, and beautifully cute like a princess, Milfi.”

Milfi smiled bashfully. She’s a princess, even from my point of view. Cidar-kun scratched his head. Was he embarrassed?

“No, well… yeah. I have never seen a girl as pretty as you, so I thought you were a princess. Sorry.”

“Fueh!? T… thank you. That’s the first time I have been told something like that.”

Milfi turned bright red at the direct compliment. Hmm, they might be a good fit. Cidar-kun is an excellent family-forward man.

Cidar-kun put down Milfi who was in his arms and bowed his head.

“Umm, it might be too late for that now, but I have always wanted to apologize. I’m sorry for trying to steal your purse!”

“Eh? Ahh, yes. It’s already a thing from the past, I don’t mind. You seemed to have your own circumstances, so it’s not like you were stealing for your own self-interest. You have saved me now, so we are… even? I guess.”

“… No, stealing is stealing. Something like this is not enough to repay you.”

“I just have to lick thi—”Light Heal.”

Milfi promptly cast recovery magic. She stretched out her hand and told him clearly.

“You feel ashamed of what you have done, but I have no intention of punishing you for trying to commit a crime for the well-being of your family.”

“If you think that it’s still not enough compensation then… let’s see, become my friend please!”

“I find you quite likable! If you feel sorry for trying to steal my purse, then please become my friend!”

“No… Only nobles like Rosarin are suitable to be friends of a princess like yo—”… Are you saying no?”

Don’t push him too hard, Milfi. Cidar-kun was overwhelmed by the pleading of the adorable princess.

“Becoming friends is not something to seek as compensation! Rather, you will get dirty by touching something like me!”

Cidar-kun tried to remove Milfi’s hands, but I guess he couldn’t be too rough with them. He turned bright red and panicky. Milfi looked straight at Cidar-kun.

Yeah, no one’s going to win that one. Cidar-kun nodded with his face bright red. Is this… perchance!? Milfi’s dere was MAXed out!

“Niichan, you are friends with the princess?”

“Aren’t you glad, Niichan. You were saying she’s beautiful as a princess, too.”

Cidar-kun’s pipsqueaks mean no harm, probably. They were only giving him their blessings.

Cidar-kun, who was too embarrassed, lost his temper and chased the pipsqueaks around. The kids were so fast! The chase between Cidar-kun and the pipsqueaks continued for a while.