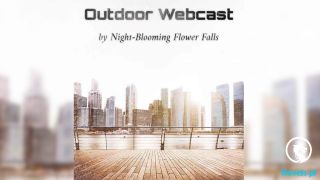 "Stop running!" The young man from the Gnome race yelled in frustration.

Yes, he was stronger, he knew Grey's hidden moves, yet, he had not been able to capture Grey. It was even harder trying to get him to stay in one location.

Grey might not be as strong as he was, but in terms of escaping, he felt Grey was unmatched. With the number of times he had smacked and sent Grey crashing, he shouldn't be able to still move, yet Grey was still running at full speed, even taking time to curse at him and also throw attacks his way.

What was frustrating was Grey's ability to switch places, when he was watching Grey use it, he felt it wouldn't be a problem for him to guard against it since he already knew of it, but Grey was a cunning individual, only using it when the young man never expected. He would use it at the most unpredictable times that even when the young man was on guard against it, he would be unable to do anything against it.

Frustration was starting to set in, not just frustration, but the realm had also started to show its hand as cracks had started to appear on the body of the young man.

Grey had noticed this and knew that all he had to do was to hang on a little while. As long as he persisted, then this young man would be forced to leave the realm just as the Prince did.

The young man roared in desperation and rushed after Grey. Some minutes ago he called the Prince useless, but now, he would be the more useless one since the Prince was weaker than he was.

"Damn it! Stop running you rat!" The young man cursed.

"You're the rat, your entire family are rats!" Grey cursed.

He didn't forget to anger the young man as he escaped, there was nothing better than making his opponent agitated. Although this would make things difficult for him, it would also make the young man make more mistakes and give him a chance to even harm him.

The young man attacked wildly, trying to make sure he injured Grey. Grey on the other hand was dodging the few he could, the ones he couldn't he would try his best to block it, even if the impact was deadly to him, he had no choice but to cope with it.

As time went on, the young man started to get more desperate, his attacks were wilder now and his eyes were red. His mind was racing, thinking of how he mocked the Prince, yet he was unable to do anything to Grey.

Grey was successfully escaping, although his body was riddled with injuries, he was alive, and that was all that was important.

The young man from the Gnome race looked at his current condition, then at Grey.

'I can't kill him.' He thought in depression.

Just like the Prince, he finally realized that he couldn't kill Grey. The only thing was that he figured it out too late. Grey had already dragged him here for so long, even going as far as hurting him. Some of Grey's ingenious attacks had been able to cause him some superficial injuries which infuriated him.

"Stop! You're powerful right? Stop and fight me like a man!" The young man was going crazy.]

"You're crazy, why don't you wait till I'm in the Elemental Venerable Plane before attacking me? Hypocrite!" Grey cursed as he continued running like a scared chicken.

What he said made perfect sense that the young man didn't even have anything to retort with. If he was truly powerful, why was he bullying him with his superior strength? The fact that he couldn't even get Grey to exchange more than two moves before he ran away showed that they were not on the same level.

If they truly fought while on the same stage, Grey would beat him up no doubt, even he knew this as well.

He tried to make sure he caught up with Grey, but in the end, it was useless. His time here was up, he had to leave before his body was destroyed. The cracks on his body had already started to spread all over his body and he could barely use his original strength. One of the things placed here was to slowly weaken the strength of those above the Sage Plane.

If the young man stayed any longer, he would die under Grey's hands, he knew of this. This was also the reason the Prince escaped as well.

Grey laughed when he saw the look of hesitation in the eyes of the young man.

"Haha, you're thinking of escaping, why, are you afraid of me?" He mocked.

The young man snorted coldly but didn't respond. Without a second word, he rushed out of the place, heading towards the weak link he could use to go back to the higher realm.

Grey thought of chasing after him, but he knew it wasn't worth it, so he decided to stay put. Besides, he was bleeding all over and his internal organs were almost destroyed. The impact of this young man's attacks was more powerful than the Prince's and caused even greater damage to his already injured organs.

"Fuck! I'll kill them once I get to the Venerable Plane." Grey declared before rushing back to the human race's hideout. He had to tell the others to lay low for some time, it was best if they didn't stay in the secret realm. With so many Elemental Venerables coming here, the others would definitely face some dangers.

'I need to recuperate first, I can't go back like this.' He thought to himself and went in search of a secret space to hide while he recuperated.

The Prince just left the lower realm when the young man left as well. The weak link suddenly disappeared, impossible for them to see again.

In the higher realm, a meeting was being held amongst the humans.

"Who is this Grey that they want to kill?"