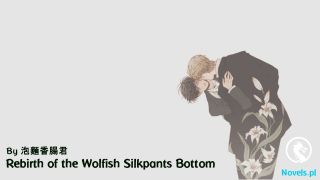 Eleven was even more stunned. The Mo brothers visiting the injured Su Ruhua at the same time when the war started? How could there be such a coincidence in the world?

She couldn’t bring herself to doubt him when she looked at his calm eyes, although she had many doubts. Mo Ye had no reason to lie to her. It was already rare for him to abandon his pride and give her an explanation. Did that mean that what he said was true?

“Why did you agree to this gang meeting then?”

Eleven was slightly shocked. Did he go through so much just to meet her? How could he be sure that she would go? If Ye Wei hadn’t come for Mo Jue, she probably wouldn’t have gone there.

Her only aim was to stop Ye Wei from doing stupid things.

Eleven took a step back and flashed a smile of self-mockery. “How could this happen? Why?”

There was a buzz in her mind. She didn’t expect that this was actually a misunderstanding that almost made them all pay the price. But would Chu Li and Jason believe his words too? How should the feud between the Mafia and the Top Terrorist Organization be solved?

“Eleven, it doesn’t matter what other people think. I just want to clear the misunderstanding between me and you. I know my own limits. Please give me more trust,” Mo Ye said. His eyes were locked on hers. He didn’t want to see the hatred in her eyes.

“If it’s not you, then who leaked the information? It must be one of your men. We’ve already contacted someone in the Mafia and he swore that both of you did it.”

“Eleven, it was just a way to distract you. My men had made a mistake to take advantage of the war, but you should understand that if the elders hadn’t given the orders, the territory vacated by the Top Terrorist Organization would still be taken over by others. The only difference would be the change in arms dealers.” Mo Ye seemed to be a little anxious.

How could she not believe him after he had explained all that so clearly?

“No, you don’t understand.” Eleven looked at him coldly and interrupted him flatly. “I was the one who lost that piece of information. They were out of my hands for a while during the explosion. I had never been so careless, but in my defense, I forgot to take it with me because I was busy escaping. From the time I lost it to the time I took it back from Mr. Brown, someone must have touched it. These mishaps happened because of my carelessness. We were in Palermo then. The document was lost there too. Moreover…”

Eleven looked at Mo Ye coldly, and she thought of what Ye Wei had said. “Dana had gone into the hotel before Mr. Brown. Nobody will ever know if she photocopied it and put it back before Mr. Brown arrived.”

That was the conclusion that Ye Wei had. She confirmed that the information leaked from the Mo family, so the only possibility was Dana, who could be in touch with the document at the hotel. But now, if it really weren’t the Mo brothers…

‘Does the guess make sense now? Was there anyone else in the hotel then?’

She had no clue.

“Dana said she didn’t see it. The document was already taken away by Mr. Brown when she checked,” Mo Ye said flatly. Dana had been working for the Mafia for years, and she had a good relationship with the Mo brothers before they joined the Mafia. She would never betray them.

“Do you believe whatever she says?” Eleven sneered. This woman had made Ye Wei very unhappy, and Eleven had no good impression of her either. It was hard for her to even hear her name.

Mo Ye replied, “I will believe whatever you say. As for the others, I would have to make some judgments.”

Eleven sneered coldly. She had never lied to anyone.

Mo Ye relaxed a little when he saw that her anger had subsided. Now, his worst fears were if Eleven left him, ignored him, or got angry at him. Moreover, he couldn’t shout at her or threaten her. She would only be more stubborn if he took the hard way.

“Then, who did it?” Eleven asked. She started to believe Mo Ye as she was convinced that he had no reason to lie to her.

Eleven looked at him coldly, slightly annoyed. Her anger intensified especially when she saw the relaxed expression on his face. “Why didn’t you explain it earlier? Now, everyone thinks that both of you had planned all these to take advantage of it. How would you earn their trust?”

Mo Ye smiled and raised his eyebrow slightly. “Are you worried about me?”

Eleven blushed, gritted her teeth, and turned around, wanting to leave. Mo Ye realized that he might have said the wrong things and blocked the door with his tall body immediately. He looked at her with a smile and said, “It’s hard for you to visit me. Don’t go.”

“I’m here to kill you, not to visit you.” Eleven stated the fact flatly. The gun was still in her hand.

Mo Ye’s expression remained unchanged. He smiled faintly and asked, “How can you kill me if you don’t visit me first?”

Eleven gnashed her teeth. This guy seemed to have become Anthony, and the yuppie in him had appeared again.

Eleven looked at him coldly, trying to shock him with her aura. Who knew that Mo Ye was also hard to deal with. He blocked her from going out of the room with all his might. One was indifferent, while the other was smiling. After facing each other for a while, Mo Ye reached for her gun. He smiled and said, “It’s better to keep the gun if you are not planning to kill me now, in case I become traumatized.”

She stared at him blankly and watched him take the gun from her. The gun fell onto the carpet as he loosened his hand, and he took her into his arms. Again, he hugged her tightly in his arms.

The matter was explained clearly, and she was no longer angry. He could finally hug her properly. As soon as Eleven struggled to shake him off, he clasped her limbs tightly. Mo Ye turned around unexpectedly and their positions were exchanged immediately. Eleven was now pinned between the door and his chest. He growled at her when she tried to struggle, and his breath could be felt all around the tip of her nose. She was a little flustered…

“Let me take a good look at you.” Mo Ye’s eyes focused on her face with blushing cheeks. He wanted to remember that face clearly.

Eleven have never been stared at like that before. Flustered, she wanted to push him away. However, Mo Ye started to laugh at her. She became angry from embarrassment, but Mo Ye laughed even harder and held her more tightly.