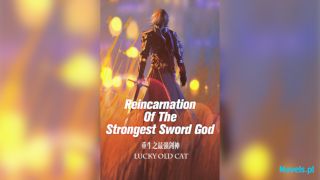 For a moment, she forgot how to react. Her mind was chaotic and her brain seemed to have turned into mush. She had never heard such words from Mo Ye, and she had never expected him to say them either.

It felt like they were back to the days in the mountains. He was now Anthony, not Mo Ye. It wouldn’t be surprising to hear that from Anthony as he was a yuppie, but Mo Ye…

Her heart raced uncontrollably when he hugged her tightly in his arms. His arms seemed to be filled with infinite power that could give her eternal support, and she could hear his heartbeats clearly. It was a warm and reliable hug that she once had and missed, but…

How could she still fall in love with him after such things had happened?

How would she face those who died?

Why did he leave her then?

She was pushed away again when she decided to love him. He had never stood in her shoes and thought if what he did would hurt her.

Eleven gritted her teeth and held back the pain in her heart. “Let me go!” she said coldly.

She didn’t like to threaten people, but she pointed the gun against his abdomen ruthlessly and warned him to let go. She thought that Mo Ye would let her go, but he hugged her even more tightly.

“No!” His tone was fierce and slightly annoyed. He asked, “Eleven, has it ever crossed your mind that you might have placed the wrong bets when you shot me?”

What had happened in the past was still a traumatic experience for Eleven, but…”How I wished I had killed you then. If I did, all these would not happen, and I wouldn’t be in this situation now. Mo Ye, how could you…”

“It’s not me!” Mo Ye exclaimed. He clasped Eleven’s shoulders and looked straight into her eyes. He was feeling flustered, wronged, and angry due to the distrust. “It’s not me!”

“Not you? Who else could give orders to the Mafia? Why are you denying it after you’ve done all these?” Eleven’s expression was cold, and her gaze was filled with hatred.

Mo Ye stared at her with mixed feelings. He felt bitterness in his mouth. Indeed, he got what he deserved. It was his fault that he didn’t earn her trust. Mo Ye sighed speechlessly. “What are you blaming me for? Leaking the information or ordering the Mafia to snatch your territories? Eleven, I really don’t know who leaked the information. As to snatching the territories… If the Mafia didn’t take action, the arms dealers in the Middle East and the mafia gangs would seize them as well. They would be even crueler, and the consequences would be the same.”

“So you think you were right?” Eleven sneered and glared at him furiously.

Mo Ye felt powerless. It was useless for him to say anything more if she firmly believed that he had done it. All of a sudden, his eyes lit up and he realized that Eleven had recovered. Because Eleven had rarely shown her true self since she had always appeared with a mask, Mo Ye was used to sensing her instead of recognizing her by her looks. After all, the mask was just a fake piece of skin.

After speaking for a while, he suddenly realized that Eleven wasn’t wearing a mask, and neither was she as thin as firewood like she was in the past. Her face looked rounder, healthier, and more beautiful. He was glad that her body had finally recovered.

She was as thin as a rake when they were in the mountains half a year ago, but now, she had turned plumper. He was uncontrollably elated that he gave an irrelevant answer. “Eleven, it seems like you got fatter.”

And he said that with a blank smile.

Eleven stared at him, feeling infuriated. He didn’t just ignore her question but also called her fat? She tried to hit him hard on the chest with her elbow, but Mo Ye dodged it quickly. The two of them split up and Eleven blushed.

Mo Ye chuckled. Under the light, the man’s smile seemed to show endless love for her. He looked at her with such concentration as if he was looking at a treasure. Being pampered like that was irresistible to every girl.

“Sorry, I shouldn’t have said you’re fat. I should have said that you look better now.” Mo Ye changed his words instantly, with a slight smile that could be seen from his eyes. He had actually wished that time could stop at that moment so that he could enjoy her company more.

She was just right in front of him, within his reach. He was overjoyed by the idea of it.

“Shut up. Nobody’s talking about that.” Eleven clenched her fists.

Mo Ye’s gaze fell on her gun. He asked calmly, “Do you really want to kill me?”

“Don’t you deserve it?” Eleven asked with a sneer. Yes, she really wanted to kill him, especially when she heard him say that the others would snatch the territories even if they didn’t. Although she knew that what he said was a fact, she couldn’t help being angry and hateful.

How dared he speak so bluntly as if nothing had happened before? How could he?

If he hadn’t leaked the information, the war would not have happened at all.

“Eleven, my mother was injured. She had been in a coma, so the housekeeper told us about it in case anything happened to her. I really wanted to go to you immediately after I had woken up, but I received the news the day after. I rushed over with Mo Jue and thought that I could get in contact with you afterward. But we lived on the island for three days and Birmingham couldn’t get in contact with us. When we came back, the war between the Top Terrorist Organization and the Middle East had already ended. It was too late for me to do anything else,” Mo Ye said flatly. He was a person with so much pride that he had never explained himself to anyone. It was okay to him if the others didn’t believe him because he didn’t need to care what others thought of him. However…

She was Eleven. He could never ignore what she thought of him!

They were just not fated to be with each other. He had hurt her too much. He was afraid that making another mistake would shut him out of her life forever, and he didn’t want to chase her around the world.

Compared with what Eleven had lost, his pride was nothing.

As long as he could stop her from misunderstanding and hating him, everything was worth it.

Eleven was stunned and she stared blankly at him. Mo Ye was a little annoyed. Why wouldn’t she believe what he said? Although he was frustrated, he was very helpless. He then finally realized what a jerk he was in the past. He doted on Meng Lianying and gave in to her every time, but he had never allowed her to challenge his endurance limit like that.

Even if what she wanted was to kill him. No matter how angry and hateful he was, everything would be fine if she was willing to talk to him.

“My mother. You know her too.”