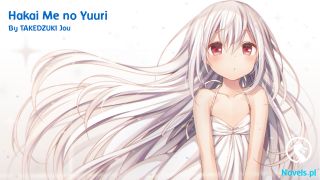 Fang Ying stood upstairs, trembling. Her long hair was tucked behind her ears, her face was pale and she had a death stare. Seeing the beautiful couple downstairs had stung her eyes and made her even more jealous.

Chu Li took care of Rong Yan dearly and doted on her. The affection and fondness that she pleaded to get was now devoted to another woman.

She was deeply envious of Rong Yan, and the necklace on her neck also stung her eyes. That was also her favorite necklace. How she wished she could put Rong Yan to death by dismembering her body.

Then, she had read magazines and coveted that necklace for many years. Chu Li had once promised her that he would be able to give it for her someday. He took great pains to find it, but it was for another woman.

To put on a smile on another woman.

She resented Rong Yan out of jealousy.

If it wasn’t for her, the one standing next to him at the moment would be her.

Chen Yang stood behind her and said softly, “Fang Ying, let it go. Brother Chu has ceased to be faithful.”

“If she is gone, Brother Chu would choose me.” Fan Ying murmured. She was delusional. Chen Yang’s expression changed drastically. ‘What is she talking about? If Rong Yan is gone? What is she going to do to her?’

“Fang Ying, stop sending people to assassinate Rong Yan. Brother Chu will kill you if he learns about it.” Chen Yang warned her in a deep voice. “He doesn’t love you anymore. Why are you so stubborn?”

“Who says he doesn’t love me? He loves me!” Fang Ying turned around and smiled coldly. She appeared a little insane. “He loves me. He just won’t forgive me for leaving him.”

“But you’re late.” Chen Yang said in a deep voice, with a bitter look. “You are five years late.”

“Shut up!” Fang Ying said sternly, pointing straight at him. “Shut up. I have to take back what I lost. Nobody else can get what I can’t get.”

Chen Yang was shocked. Fang Ying screamed angrily and broke everything in the room, making a mess everywhere.

Mo Jue and Ye Wei went home late after playing at the disco. They had just stepped into the house when Ding Ke told them that Miss Lianling had been waiting for Mo Jue inside. Mo Jue’s gaze darkened while Ye Wei raised her eyebrows and smiled.

“She is really strong willed.” She sneered.

Mo Jue frowned. As soon as they get to the hall, they saw Meng Lianying sitting there coldly. She was stunned the moment she saw Mo Jue, and she turned cold and expressionless.

He hadn’t removed his contact lenses, and looked exactly like Mo Ye. However, she could tell at one look that he wasn’t Mo Ye.

“I don’t know!” Mo Jue’s gaze darkened. He was already hiding in Italy. Why wouldn’t she give up?

“You can’t be unaware of it.” Meng Lianying was doubtful, and she walked towards Mo Jue. “Mo Jue, if you don’t tell me, don’t blame me for being merciless.”

“Ohhh.” Mo Jue dragged his reply and smiled faintly. “I am actually curious. What do you want to do?”

Meng Lianying glanced at Ye Wei. Her expression was obviously warning him. If he didn’t tell her the truth, she would expose him in front of Ye Wei. Mo Jue smiled ferociously and stared intensely at Meng Lianying. “I’ll kill you!”

“You…” Meng Lianying’s heart skipped a beat and smiled coldly. “I dare you!”

A little fear could be seen in Meng Lianying’s eyes. Mo Jue said, “Me hiding Ye Wei from you doesn’t mean that I’m afraid of you. What does your conflict with Mo Ye have to do with us? One day, if I go missing, I’m sure that Ye Wei wouldn’t ask you for my whereabouts.”

“Mo Jue, I beg you. Please?” Meng Lianying clutched Mo Jue’s arm tightly. She begged with her gaze and swallowed her pride. She was so overwhelmed by fear, as if she was attempting to clutch on the last life-saving straw she saw.

It was hard for her to swallow her pride. Ye Wei raised her eyebrows and looked at Mo Jue. ‘Is he really such a great brother?’ If he was a great brother, he would obey his brothers words and not tell Meng Lianying where he is, even if she threatened to die in front of him.

“It’s no use begging me. I don’t know where my brother is.”

“Mo Jue, it’s alright if you don’t tell me. Would you lend me the Mafia information network?” Meng Lianying begged.

“No way!” Mo Jue refused. “You are not in the Mafia. My brother has never grant you access to those top secrets, let alone me.”

“Mo Jue, do you have a conscience? I’ve been with your brother for five years. Am I still not considered to be in the Mafia?”

“No!” Mo Jue was determined and looked at her coldly. “Lianling, I like how you were scrupulous in separating public from private interests.”

Meng Lianying was furious. Ye Wei was confused about the tense atmosphere and wondered, ‘Why did he disappear so completely this time without telling her? I thought Mo Ye had always loved Meng Lianling?’

‘Was there any conflict between them?’

“Mo Jue, you are too cruel!” Meng Lianying left abruptly.

Ye Wei crossed her legs and looked at Mo Jue with a forced smile. She touched Gorgeous Mo Jue’s chin, admired his beauty, and teased him. “Are you aware of anything?”

Ye Wei looked at him and just laughed.

Meng Lianying left the Mafia headquarters in a rage and drove on the road recklessly like a crazy woman. ‘Mo Ye, where are you? Where have you been? Why are you avoiding me?’

Veins popped out of her fair hands and Meng Lianying almost crushed the steering wheel.

It was a quiet night. She was driving her car dangerously on the empty road in full speed. Suddenly, the phone rang. Meng Lianying was elated as she subconsciously thought that it was Mo Ye. She exclaimed excitedly, “Ye, where are you? Where are you? I want to see you.”

The other side of the call seemed to be stunned and Meng Lianying felt strange.

“Yingying, it’s me.” She heard a man’s deep voice. Meng Lianying stepped on the brake all of a sudden, and the friction between the wheels and the road made a screeching sound.

Meng Lianying felt as if she had fallen into the abyss, which was dark and cold. She couldn’t help shouting, “Don’t look for me anymore. I’ve made it clear to you that I would not go back anymore. Never. Please give up.”

Stop forcing her. Don’t force her anymore. She doesn’t want to go back…

Why is everyone pushing her to her limits? Why?

Tears rolled down Meng Lianying’s cheeks and she burst into tears.

“If you are really leading a peaceful life, why are you crying so badly now?”

“You…” Meng Lianying stopped crying. “Why do you know everything?”

“Yes, I know everything. Yingying, go home. Only I can give you what you want.”

“You know I won’t lie to you. Yingying, you want to live, right?” Zero’s soft laughter was tempting. “Come back, I’ll give you the antidote. I’m the only one in the world who can save your life.”

“You have the antidote?”

“Yes. Not only that, I also have the formula of the antidote. You will never suffer from the pain anymore.”

“What do you want me to do? I’m never going to sell out Mo Ye and Mo Jue,” Meng Lianying said in a deep voice while wiping away her tears. She was determined and firm. “Give up.”

“Oh, or are you in love with Mo Ye for real?” Zero ridiculed. “Yingying, don’t forget. I saved your life. I have already let you do whatever you wanted for five years, you should be satisfied.”

Meng Lianying was terrified, and she gritted her teeth. “What should I do so you can let me go?”

“Do you want to know where Mo Ye is?” Zero suddenly asked. Meng Lianying’s expression brightened. “Where is he? Zero, tell me. Please.”

Zero laughed. “You know where I’ll be waiting for you.”

He hung up the phone and Meng Lianying panicked. She cursed, “Bastard!”

How dare he do this to her. Asshole!

‘He knows where Mo Ye is. He knows…’ Meng Lianying was so anxious that her heart felt like it was on fire, and the idea of wanting to meet Mo Ye filled her mind. Although she knew that she could have fallen into a trap, and that there was a scary man waiting for her, she had to go in order to get information about Mo Ye.

Meng Lianying wiped away her tears and drove back to the seaside.

At the private beach.

When she reached the beach, she saw a tall figure standing on the beach waiting for her. Meng Lianying couldn’t help feeling scared and tried to escape. But…

In order to find out news about Mo Ye, she must be brave.

She walked towards the man step by step with a tightly clenched fist. Veins surfaced on her fair arm.

The closer she was to him, the more frightened she was. However, she still plucked up the courage and asked flatly, “Zero, where is Mo Ye? Please tell me.”

The man who was back facing her laughed softly. His laughter sounded extraordinarily creepy in the silent night.

“He’s at where the both of you first met.”

Meng Lianying’s expression suddenly changed. ‘What? Where did he go?’